It's had its ups and downs, but two years into its mission, the European Space Agency has celebrated its release of the first data from the Gaia space observatory. It aims to map a billion stars in our galaxy.

Ambitious, imaginative, and wholly European. That's the European Space Agency's Gaia space observatory. After two years in its five year mission to plot a 3D map of a billion stars in our galaxy, ESA released the first data on Wednesday.

And here are some key takeaways:

There are many more stars than we thought - a "crude" estimate puts the number at 100 billion stars in the Milky Way.

That makes the Milky Way much larger than we thought.

Gaia's data is bigger and better than that collected by the Hipparcos mission from 1989 to 1993.

The Large Magellanic Cloud, visible from the Southern Hemisphere, is now also thought to be bigger.

It's estimated that Gaia has discovered about 400 million "new" stars.

This is the second European mission to map the Milky Way. And it is - as Mission Manager Fred Jansen told DW in an interview early this week - a uniquely European activity.

The Gaia space observatory builds on the Hipparcos mission, which mapped 2 million stars. The Hipparcos catalogue was used to complement the data in this first release from Gaia. But Gaia is mapping one billion stars.

"This is the largest map made from a single survey," said Anthony Brown of the Gaia Data Processing and Analysis Consortium at the European Space Astronomy Centre (ESAC) in Villanueva de la Cañada, Madrid, Spain, on Wednesday.

It is also many times more precise than Hipparcos, an astrometry satellite which pinpointed the positions of more than 100,000 stars with high precision, and more than a million with lower precision.

Eventually, Gaia will provide what Antonella Vallenari of the Astronomical Observatory of Padua on Wednesday called a "6D" map - more than the official "3D map," featuring measurements for distance and position, motion, luminosity, temperature and the composition of stars.

Gaia is scanning a range of 500 light years, which is still only a fraction of the Milky Way. NASA describes our galaxy as a "huge city of stars, so big that even at the speed of light, it would take 100,000 years to travel across it." 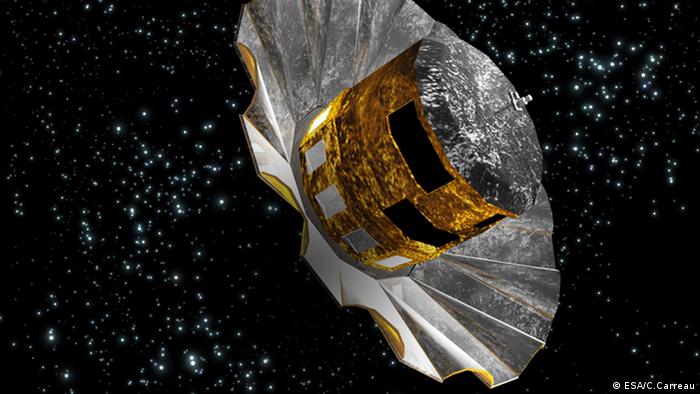 Gaia has two optical telescopes, but it's not really taking pictures - it's pinning data points

And now, with ESA scientists saying the Milky Way is even bigger than previously thought, Gaia's map is shrinking in significance. But no other nation, or group of nations, is even attempting to map it on this current scale. So it's a good start.

But why map the Milky Way?

The main goal of the mission is to better understand the Milky Way Galaxy.

"It's a bit of an abstract concept," said Gaia project scientist Timo Prusti at Wednesday's announcement.

"If you have a dark night, clear sky, and you look out, you see stars," said Prusti, "but you don't see that we are part of a system which is flattened; we are far away from the center of our galaxy, and the concept of spiral arms is invisible to us. But that's what the galaxy is all about."

At the center of the galaxy is a Galactic Bulge. The bulge hosts billions of old stars. There are younger stars further out in the stellar disc, and those stars are arranged in a spiral arm.

Sounds complicated. But the bottom line is the more we know about the evolution of our galaxy, and how it was formed, the more we will know about life on Earth.

As with most space research projects, Gaia also has more immediate benefits through its use of new technologies. ESA says Gaia's telescope mirrors, for instance, have "reinforced Europe's position as the world leader in silicon carbide mirror technology."

It's a 'cornerstone' mission for Europe. The Gaia space observatory aims to plot the most accurate, 3D map of our galaxy. Could the first set of data, released on Wednesday, radically change science? (12.09.2016)

Henke: German science and technology is healthy but not to be taken for granted

It's easy to say German innovation is healthy - whether it's in fundamental or applied science. But it's not a given. DW spoke to Rolf Henke of the German Aerospace Society at its annual conference. (14.09.2016)