Veterinarian Kelsey Skinner administers anesthetic to a tiny 2.6 kilo (5.7 pound) pangolin. Police discovered the baby male on the edges of the South African city of Pretoria while on the search for illegal wildlife traders.

It's not the first time Skinner, who is a vet at the Johannesburg Wildlife Veterinary Hospital, has examined a rescued pangolin. The creatures are the most trafficked mammals in the world. They're sought after for their scales, which are used in Asian traditional medicine. Their meat is also seen as a delicacy.

Raymond Jansen from the African Pangolin Working Group has been helping South African police to rescue captured pangolins for years. He took part in the operation that saved this young male, who like other such animals will be rehabilitated and released into the wild if possible.

The pangolin faces similar dangers from poachers in Namibia where Kelsey Prediger of the Pangolin Conservation and Research Foundation is working to protect the animals. The zoologist conducts research on the pangolins' behavior in the wild, which has been shrouded in mystery. The hope is that the data could help with conservation efforts. 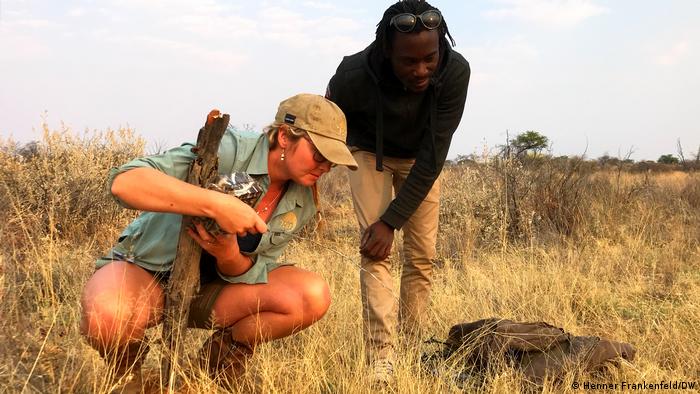 Aim: Treating trafficked pangolins to get them healthy for release into the wild through the African Pangolin Working Group

A film by Henner Frankenfeld and Cornelia Borrmann

Pakistan struggles to save pangolins from poachers

Despite efforts of local conservationists, demand from China for scales, meat and traditional medicine has made the endangered pangolin the world's most trafficked animal.

World Pangolin Day: Can they be saved?

The scaly anteaters native to Asia and Africa were originally blamed for transmitting COVID-19 to humans. DW takes a look at the critically endangered creatures that are susceptible to coronaviruses and trafficking.