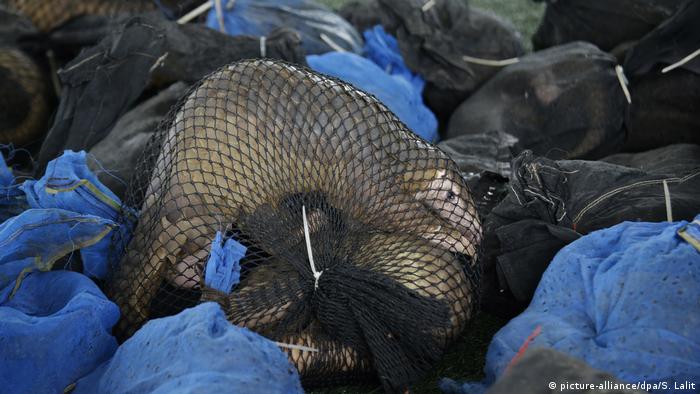 It's a multi-billion dollar business

Wildlife trade is booming thanks to our appetite for snakeskin leather bags, clout-worthy pictures of cute exotic pets on Instagram, and animal parts used as rare dining delicacies and traditional medicine.

A bushmeat forest market in Peru

Lots of animal and plant species involved are protected and are traded illegally — even in obscure rainforest markets. That's put wildlife crime up there with drugs and human trafficking as one of world's biggest illicit markets. Little wonder when you look at the price of pangolin scales. A kilo of the anteater's scales, which are made of keratin, can fetch up to $1000 on the black market.

The illegal nature of the illicit wildlife trade, makes it difficult to nail down exact figures but some estimates put the market for animal products alone at around $20 billion (€18.1 billion).

Reptiles are among the most popular animals traded. While a significant chunk of the trade is legal, the online dimension is difficult to regulate and conservation groups fear endangered animals are being trafficked through platforms like Facebook in closed groups. They also say even for those animals that are being legally traded, welfare issues exist. Some animals are sent via post or smuggled in suitcases, for instance, and don't make it to their destinations alive.

Europe, especially Germany, is a major hub for reptile trade and trafficking

Thousands of animals change hands at reptile fairs, like the Terraristika in the small German city of Hamm, where DW went undercover to experience the market firsthand. The laws are relatively lax in Europe when it comes to trading wild animals. Once wildlife gets into Europe, it can be sold legally even if it was smuggled out of its native country.

A lot of the wildlife business is covered by the Convention on International Trade in Endangered Species (CITES), an agreement signed by 182 countries plus the European Union, restricting and in some cases prohibiting the cross-border sale of threatened wildlife.

A number of conservation groups say trade — as long as it is well monitored and regulated — can help protect habitats and the species themselves because it give locals a financial stake in saving the animals. Take exotic snake skins used by luxury fashion labels for bags and shoes. Where that's done sustainably, species populations are healthy, they say. Not everyone agrees though.

Hunters pay up to $150,000 to kill elephants and rhinos as trophies

Trophy hunters say they also contribute to conservation by paying to shoot a limited number of animals, like elephants or giraffes each year. African countries with limited resources to protect their wildlife can plow that money into anti-poaching and protection programs, they say.

It's a controversial claim. Moral arguments aside, some conservationists say that trophy hunting of rare animals in particular does more harm than good and can act as a smokescreen for poaching and illegal trade. 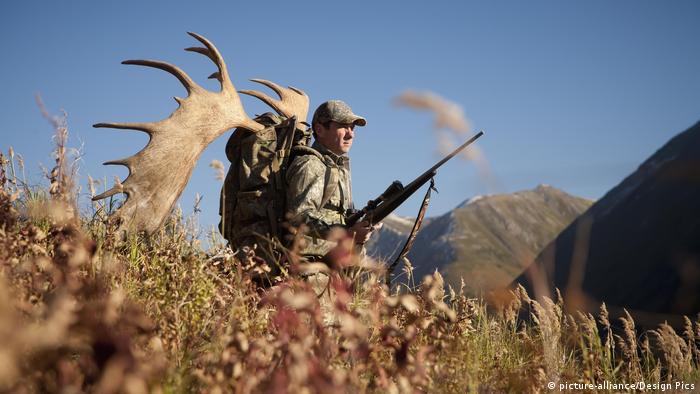 It's not just animals that are illegally traded. There's a mafia for trees too

Plant and tree species are covered by the CITES agreement too and many have been traded into near extinction. Tropical timber is particularly treasured and the rarer, the better.

Mafia-like syndicates run tropical timber rackets to bring products like highly lucrative Thailand rosewood from forests in Southeast Asia to markets such as China where it's in high demand. The wood is used for furniture, musical instruments and other items and a cubic meter of the red-hued timber can fetch thousands of dollars.

Of threatened tortoises and rosewood: Stopping the fast extinction of a slow-moving creature

Otters as pets, rhinos as trophies and precious tropical wood for furniture — the wildlife business is broad, lucrative, and often outside the law. DW takes a deep dive into all aspects of the trade. (30.09.2019)

Of threatened tortoises and rosewood: Stopping the fast extinction of a slow-moving creature

The pet trade, and hunger for meat are driving the elongated tortoise to extinction. Cambodian conservationists hope to revive the species in the wild by pairing them with a highly-guarded tree. (27.09.2019)