Conservation and fashion: What is the impact of using exotic animal skins?

Some conservation groups argue if done sustainably the use of snakes, crocodiles and other exotic animals can help protect species. But given monitoring and animal welfare issues, can their use ever be justified? Animal rights campaigners may have convinced many fashion houses and fashionistas to shun fur, but snake, crocodile and lizard skins are still hot commodities. In the last few seasons they've made a comeback onto the runways of Paris, London and New York.

These products are big earners for luxury brands. A designer snakeskin bag can fetch three times more than one made from cow leather. Yet the likes of Chanel and Victoria Beckham have banned them from their collections, and high-end retailers such as Selfridges have said they will no longer stock products made from exotic skins.

Read more: Can Uganda bring back rhinos poached to extinction?

Animal welfare groups including People for the Ethical Treatment of Animals (PETA) and conservation group Pro Wildlife would like to see more fashion houses do the same.

"We don't need products from the wild for luxury fashion," Sandra Altherr, a biologist with Pro Wildlife, told DW. "It damages wild ecosystems and in addition causes a lot of pain for the animals."

Still, other conservation groups, including the International Union for the Conservation of Nature (IUCN), which is the organization that officially ranks the endangered status of animals disagree. They say luxury brands shouldn't be so quick to shed exotic skins from their collections. If done sustainably, they argue the use of snakes, crocodiles and other exotic animals can actually protect species. 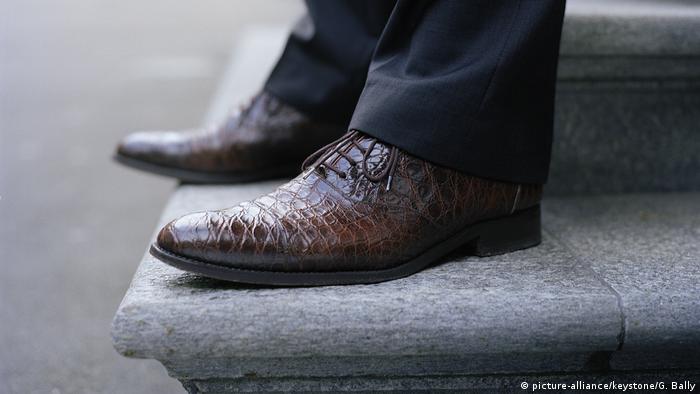 Exotic animal skins have made a comeback onto the runways of Paris, London and New York

The demand for exotic animal skins is big. Between 2008 and 2017, the European Union imported more than 10 million skins, or skin products like bags or belts, from lizards, snakes and crocodilians, according to figures collated by Pro Wildlife from the CITES trade database.

According to IUCN's Daniel Natusch the best way to ensure trade is sustainable is to manage and monitor it, working with communities so they have a stake in protecting the animals, as well as with luxury fashion brands so they source skins responsibly.

Reptiles are often hunted for skins in poor regions where there are few other options to make money. Natusch says that allowing limited hunting of these animals means they become valued by people who would otherwise have little interest in keeping them alive.

"It's pretty difficult to convince members of the public to keep crocodiles in streams where their kids want to swim or deadly snakes around at the best of times," said the biologist. "And so using this method gives someone, especially poor people, the means of valuing them whether it be financial or otherwise."

Proponents of this model of conservation point to saltwater crocodiles in Australia as a major success. Their numbers have bounced back since the 1970s because landowners harvest the eggs, which are then sent to farms to be raised. An average billabong in Australia could have about 20 crocodile nests and each nest might have 50 or 60 eggs. In 2019, the price per egg in Australia was $AU26.50 (€16.72, $18.41).

Natusch adds that if people can make money off crocs and snakes, the wider ecosystem will also be protected because there's less of an incentive to clear land for agriculture, for instance.

Read more: South Africa: To stop poachers, provide them with an alternative income

Pro Wildlife doesn't buy the sustainable use argument, saying that the big money isn't made by the people doing the hunting and farming, but by luxury brands.

"In theory, I would agree that sustainable yields might be a good option to bring money to several local people and to make it attractive for them to preserve their wild animals," said Altherr, but adds that they have found almost no example in the field that works.

Read more: Bringing Britain's endangered wildlife back from the brink

Accurate monitoring is also a challenge. CITES permits, for instance, are supposed to say where the animal comes from and whether it has been farmed or caught in the wild, but that isn't easy to verify.

Because of the sheer number of skins traded and the preference for larger animals, Altherr believes the volume of wild-caught animals is, in fact, much higher than recorded and likely exceeds the official quotas for animals that can be captured annually. 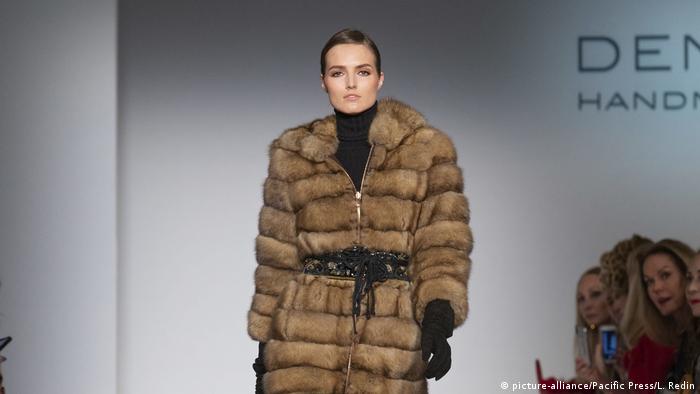 Conservation arguments aside, animal rights activists believe there are serious welfare issues at play in the exotic skins trade.

In 2016, PETA published graphic videos from Vietnam of crowded crocodile farms, where animals were kept in poor conditions. The farms supply European luxury goods brands, they say. The organization also says snakes are nailed to trees and skinned alive because it's believed this keeps the skin supple. Some snakes take hours to die.

Johanna Fuoß from PETA Germany says people are in the dark about the exotic skin trade.

"People know about the suffering of fur animals very much. But they are very much blind about exotic skins. It's harder to show people these animals deserve good behavior towards them, because they are so different," she said. 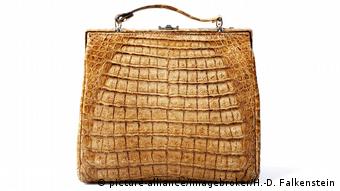 Between 2008 and 2017, the European Union imported more than 10 million skins

Reptile biologist Natusch has found farms and processing facilities where animals were treated "in suboptimal ways," largely because of a lack of education, and admits there's sometimes a case for animals to be transported more humanely.

But having been to every processing facility he knows of in Southeast Asia, he says he has never seen snakes skinned alive, or be subjected to other serious animal welfare issues.

Read more: Can the African wild dog be saved from extinction?

The IUCN works with industry groups to give workshops on animal welfare and to monitor farms and processing facilities. One of them, the Southeast Asian Reptile Conservation Alliance (SARCA) cooperates with French luxury goods group and Gucci parent company, Kering, which bought a python farm in Thailand in 2017 in an effort to ensure snakes are ethically raised.

That's not enough for those who feel killing animals to wear their skin can never be condoned.

"There's no kind or humane way of killing an animal," said Fuoß, adding that a skin being "responsibly supplied" means nothing to the animal. "Millions of animals die for the exotic skin trade every year and every individual animal is going through the same process of being killed in a very agonizing way."

South Africa: Finding a remedy to save medicinal plants

African healers use the pepper bark tree to fight everything from cancer to colds. But its medicinal properties mean it's also under threat from poachers. Can conservationists find the right remedy to protect it? (02.10.2018)

That bear or kangaroo might look cute, but it’s a wild animal, not a pet. Wildlife veterinarian Dr Jan Schmidt-Burbach spoke to DW about the need for humans to learn to respect that most basic rule of nature. (04.05.2018)