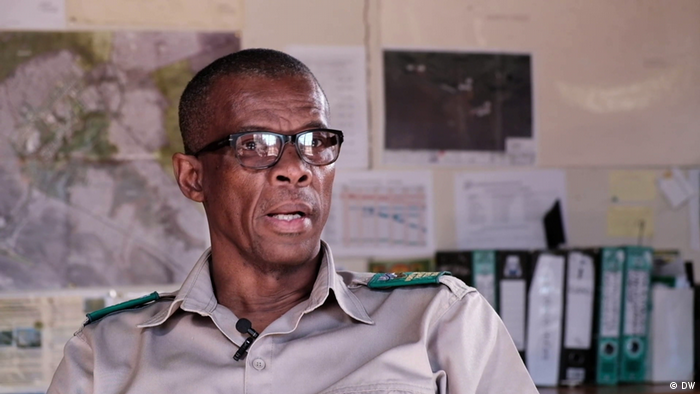 Johnson Maoka is park manager at Pilanesberg National Park in South Africa. The park which is outside of the country's capital, Pretoria, has recently been targeted by poachers looking for rhinos. Maoka spoke to DW about the challenges of his job, the future of wildlife protection and why we should provide poachers with an alternative source of income.

DW: What is it like to be a park manager in Pilanesberg National Park?

Johnson Maoka: It is a tough job and it is different from many years ago because back then people were basically kept out of the park. If you wanted to come into the game reserve the motto was 'take nothing but pictures, leave nothing but footprints.'

In the past not many people could afford to visit. Now more and more are able to visit game reserves and national parks. People are earning better salaries to travel and becoming more aware of the importance of national parks.

National parks are crucial to protect biodiversity. How dire is the wildlife situation at the moment in South Africa and across the continent?

Let me take the example of elephants — there used to be thousands of elephants roaming free in Kenya, Botswana and other African countries. Then people started seeing ivory as money, so they started poaching. In South Africa unfortunately wildlife is now only found in fenced off areas and these are enclaves where what is left of the natural heritage can be found and protected.

It's very important for Africa to manage these reserves to protect the continued existence of these animals. For one, they are there for economic reasons. In the bigger picture they also create jobs to help people support their families. There are tourists who will travel great distances to see these animals and that helps to sustain development. And secondly of course for environmental and ecological reasons.

Interview with a ranger in a South African national park

Is poaching a serious problem in Pilanesberg?

Yes. Almost every two or three days there's an incident when a rhino is killed or tracks are seen in the reserve where people tried but failed to find one. We have a Pilanesberg Wildlife Trust which is assisting the reserve managers to raise funding toward finding ways of stopping poaching such as fully equipping the rhino protection unit of the reserve.

But we see that the poachers keep changing their tactics. We keep on finding better ways of getting to them but they are always a step ahead. However, in time with improved intelligence gathering, we'll be able to know and anticipate when these guys are coming and should be able to have a big impact.

Your job is not without its dangers. Does this make you afraid?

Yes, obviously, of late because of the current rhino poaching one can't afford not to be afraid. There are instances where people go to your house to demand your car keys or to demand whatever you've got which they think they need to have. There are many syndicates out there and they know the people who manage national parks. Time will tell. Very soon someone may come to my door and say "give me the keys to wherever you keep the rhino horns" and I won't have that key. 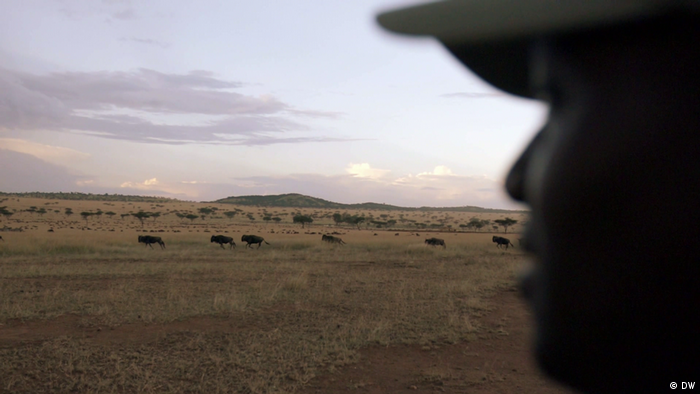 It hasn't happened to me yet and, touch wood, not to any of the staff in Pilanesberg. But it's something that one can expect because these rhino poachers are people that are desperate for money and desperate to succeed.

What would you say to poachers relying on the trade to feed their family?

Unfortunately poachers are people that have been identified by poaching syndicates as people in need of income. These syndicates are actually preying on these poor people to entice them with money that they don't have. So if they approach someone who is out of a job and offer him say 10,000 or 20,000 rand to go into a reserve and poach a rhino, to this person that is real hard cash.

So it is difficult for me to go to this person and say: "You are doing something which is illegal. You are killing an animal which has been saved from extinction in the early 1960s, an animal which is important to the environment." This person will listen to you but may not necessarily hear you. They may not necessarily understand you because what is important to them is the 20,000 rand.

Do you think poaching will ever stop in Africa?

I believe that for as long as people on the ground see money in poaching it will continue. Until there is enough awareness out there to say to people "do not accept money from these syndicates," poaching will continue. You need to provide the poacher, the guy walking into the reserve with a gun, with an alternative source of income in order to minimize poaching.

How do you convince locals to get interested in nature conservation?

Years ago the Pilanesberg Education Centre was established where kids from neighboring villages and even further away can be brought in to take part in education programs and told about the importance of nature conservation.

Pilanesberg is one of those reserves where unfortunately many years ago when it was established people were removed to make way for the reserve. We therefore now have four communal property associations in Pilanesberg which we work closely with to see how best we can bring them in to managing their reserve together.

What would be your personal vision of the perfect national park?

I believe a perfect national park is a park where the grounds and animals, both small and large, are preserved and protected.  It's an area where the people surrounding that reserve, as well as those further away, have access and get to see the benefits. It is one where the reserve is financially self-sustaining and creates jobs. It is one that can be managed in line with the laws that govern the protection of wildlife. But generally my perfect national park is one where people are happy to visit and see it flourishing — one that accommodates all people who want to use it.

Illegal wildlife trafficking is pushing elephants, rhinos and tigers to the brink of extinction. Endangered animals are poached even in the world's most protected areas, says conservation group WWF. (18.04.2017)