Illegal wildlife trafficking is pushing elephants, rhinos and tigers to the brink of extinction. Endangered animals are poached even in the world's most protected areas, says conservation group WWF. 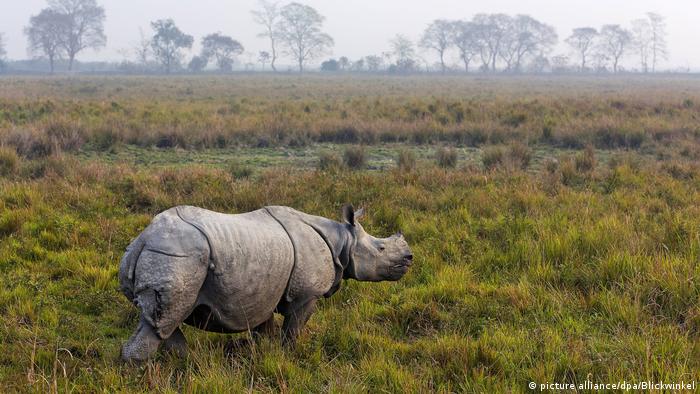 From the Galapagos Islands to the Serengeti National Park, UNESCO's World Heritage sites are home to globally important populations of threatened and endangered animals. Almost a third of all remaining wild tigers and 40 percent of all African elephants live in protected areas.

Which is exactly why World Heritage sites are so interesting for poachers.

According to a study by WWF, illegal wildlife trafficking occurs in nearly 30 percent of all UNESCO sites.

"World Heritage sites represent the most cherished [regions] and are the last strongholds of many critically endangered species," Ashlian Tumer, Global Campaign Manager at WWF International, told DW. "Despite their status, widespread poaching as well as illegal logging and fishing continue in these sites."

Although illegal wildlife trafficking in World Heritage sites has been a longstanding issue, it has been rapidly increasing in scale in recent years.

Poaching of species such as elephants, rhinos and tigers has been reported at 43 of the World Heritage sites. Illegal logging of high-value timber such as ebony and rosewood has taken place at 26 sites and illegal fishing in 18 marine and coastal protected regions. There are 203 natural World Heritage sites around the world. 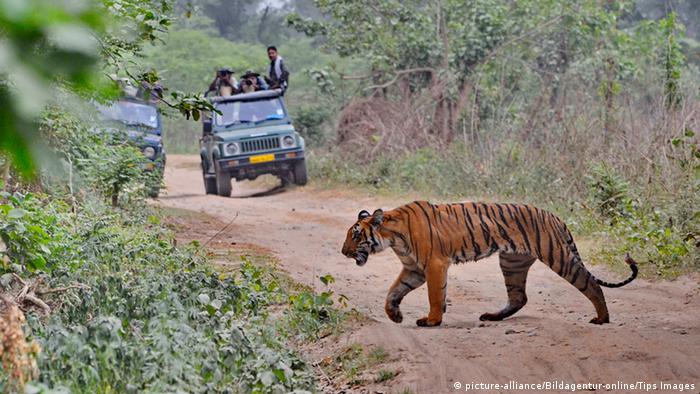 Megafauna such as tigers are also major tourist attractions

Once a region is declared a World Heritage site, harvesting of animals and plants becomes illegal. UNESCO sites are the last refuge for many critically endangered species, and unless they are protected, they "might face local extinction," Tumer warned.

Between 1970 and 2012, global wildlife populations declined by almost 60 percent on average. Illegal harvesting of species was "one of the main drivers for this decline," the WWF report says.

Some of the poached species are so rare that their survival depends on their strict protection in these World Heritage sites. In Indonesia's Tropical Rainforest Heritage of Sumatra live most of the last remaining 100 Sumatran rhinos, and the islands and protected areas of the Gulf of California are home to the world's last 30 vaquitas.

Yet, hunters and traffickers find their way into these protected areas. 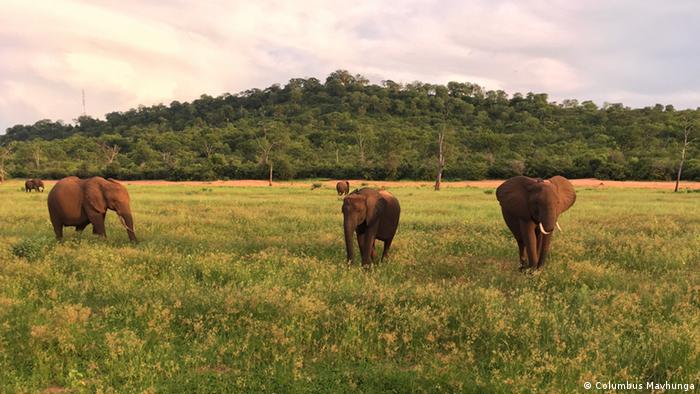 Ivory from elephants is prized in China

The WWF report is a wake-up call for the international community to take action before it's too late, says Remco Van Merm, World Heritage Conservation Officer at the International Union for Conservation of Nature (IUCN).

"Illegal wildlife trafficking, which targets many iconic and threatened species, is a global challenge that can only be tackled through collective, international action," Van Merm told DW. "It is a form of organized crime that knows no borders."

Today, 18 of the natural World Heritage sites are listed as "in danger," and nearly all of them are affected by illegal wildlife trafficking.

WWF calls on the international community to increase collaboration. Local organizations, governments and the UN should work together on the entire illegal trafficking chain. This means that enhanced protection and monitoring should be accompanied by educational project and stronger prosecution to curb demand.

"It is very important for countries to implement sufficient monitoring and enforcement measures as well as penalties severe enough to deter all criminal involvement," said Tumer. 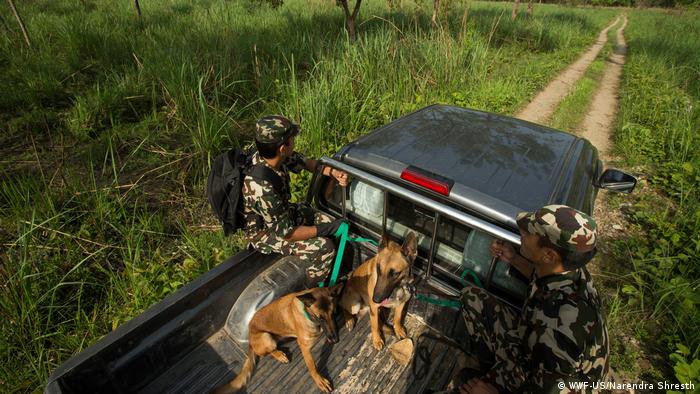 Illegal trade cannot be stopped until all root causes of the problem are addressed, however. Poverty and poor job opportunities mean that wildlife harvesting is often the only source of income for local people.

Madagascan woodcutters, for example, earn up to $12 (11 euros) a day by illegally felling trees. That's half of the average monthly income there. In South Africa, rhino poachers earn between $500 and $20,000, depending on their role.

WWF urges governments to offer alternative, sustainable sources of income. This could either be through direct employment or profit distribution.

Nepal's Chitwan National Park is pointed to as a role model. Local residents receive 50 percent of annual tourism revenues. In 2014, almost $1 million was distributed to the communities, which was used to build schools and roads, and to create secure supplies of drinking water.

The park is co-managed by residents who feel responsible to conserve the site and protect wildlife. Thanks to the collaboration between locals, park rangers and the army, the park celebrated a milestone in January: 1,000 days without poaching of rhinos, elephants and tigers.

That record was recently broken when poachers killed a one-horned rhino there this April.

There's big money in the illegal ivory trade - and that means it's an often bloody business. DW joins an anti-poaching unit on patrol in Zimbabwe to find out how they've been able to combat poachers and save elephants. (11.04.2017)

Around 20,000 elephants are killed in Africa every year for their tusks. This is not only bad news for the animals and their fans. It is also costing the tourism sector millions of dollars, says conservation group WWF. (08.03.2017)

WWF study: Not for sale