Around 20,000 elephants are killed in Africa every year for their tusks. This is not only bad news for the animals and their fans. It is also costing the tourism sector millions of dollars, says conservation group WWF. 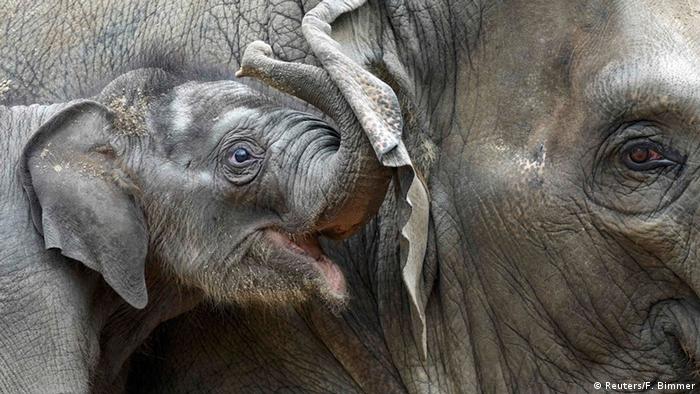 The ivory trade is one of the main reasons why the elephant population is in decline. Around 20,000 are killed by poachers in Africa every year.

Animal rights groups and environmental campaigners have been working for years to find ways of halting the dramatic decrease in the number of elephants.

Sustainable tourism is considered to be one of the main solutions, providing an alternative source of income to people in elephant regions. But the high prices still being paid for ivory on the black market are keeping illegal poaching alive.

So if money is the reason for mass killings of elephants, could dollars also provide an incentive to stop poaching?

This is what the World Wildlife Fund wanted to find out. The environmental organization  conducted a study together with the universities of Vermont and Cambridge on the financial impact of illegal hunting on tourism.

The results were impressive: The African tourism sector loses around $25 million every year due to elephant poaching alone.

"Poaching is not only an ecological catastrophe," said Christoph Heinrich, director of nature conservation at WWF Germany. "It also has a substantial economic disadvantage." 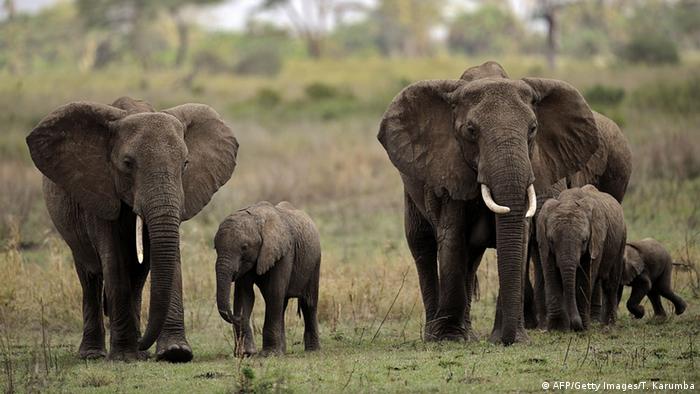 Could you imagine a world without elephants? Too sad...

Smuggling of wildlife is one of the world's largest illegal international trades, only exceeded by narcotics counterfeiting and human trafficking.

This is key in understanding why it is so hard to combat elephant poaching. But far too little attention is paid to the economic benefits of elephant conservation. This motivated WWF to look at the benefits poached elephants would have delivered to African countries it they had stayed alive to attract tourism.

"Our results show these figures are substantial," the study reads.

However, the study also highlights that the loss of $25 million pales into insignificance when illegal trade is taken into account. The annual value of ivory from poached African elephants on Chinese black markets was estimated at $597 million between 2010 and 2012.

This clearly illustrates the economic challenge faced by elephant conservation, the authors say.

In 2016, the International Union for Conservation of Nature (IUCN) estimated that Africa's overall elephant population consisted of around 415,000, which represented the worst decline in 25 years.

According to the WWF study, the increase in poaching across the African continent has reduced elephant populations by 60%. In Tanzania and Mozambique alone, tens of thousands of elephants have been poached over the last six years.

The surge in poaching for ivory began nearly ten years ago and has been the worst Africa has experienced since the 1980s, said the IUCN.

Despite an international ivory trade ban in 1989 under the Convention on International Trade in Endangered Species of Wild Fauna and Flora (CITES), Asian markets still represent a major hub for ivory trafficking.

Some researchers fear the recovery of  particular species of elephants, such as Central Africa's forest elephants, may take several decades – if it ever happens.

A better life for the Maasai

In a hypothetical scenario, the researchers  compared the amount lost to tourism through poaching with the money it would take to implement anti-poaching methods to protect elephants across most African savannah areas.

The cost of protecting the elephants would be far lower than the losses caused by poaching. In most parts of the continent, the recovered losses would exceed the investment necessary to end illegal hunting.

In many regions of western, southern and eastern Africa, the positive effect on the economy would be comparable to the overall investment in education or infrastructure.

This optimistic equation would unfortunately not apply to Central Africa. On account of  a very poorly developed tourism sector and badly weakened elephant populations, WWF regrettably admits that other ways would have to be found to fund the fight against  poaching .

The conservation experts stress that poaching affects societies as a whole, promoting violence and corruption as well as hindering the economic development of entire regions.

The new economic argument could be the incentive needed to combat poaching in a world where so much depends on money.

The future of world's most threatened wild species will be discussed at the wildlife conference in South Africa. DW takes a look at the key facts around this international meeting on wildlife trade and trafficking. (23.09.2016)

African elephant populations have decreased dramatically over the past decades, due to the illegal ivory trade and habitat loss, an NGO has said. Conservationists have said only 415,000 elephants remain on the continent.