1 in 3 Germans fully satisfied with state of democracy

Most Germans are at least partly satisfied with the state of democracy in their country, according to a new study. Satisfaction varies by state with people most unhappy with democracy in the former East Germany. 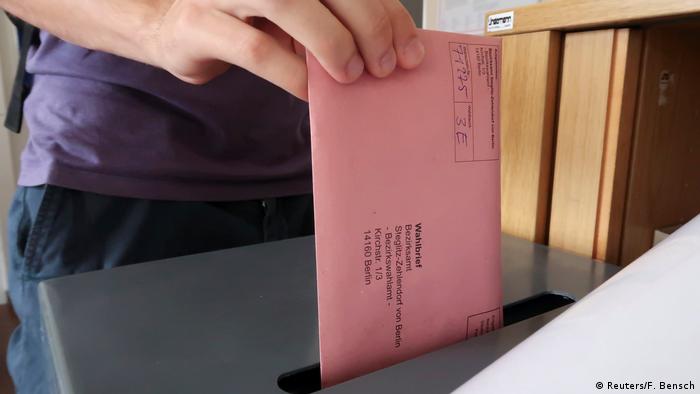 Fewer than half of Germans are completely satisfied with democracy in their country, according to findings published on Friday by a German research institute.

A further 17% of Germans responded that they were very or quite dissatisfied with democracy in Germany.

Even nearly 30 years after German reunification, whether a person was living in the former East or West Germany proved a decisive factor in beliefs about the state of democracy in Germany. The study found that 22% of Germans living in former East Germany were satisfied with democracy compared to 40% of the population in what was once West Germany.

Residents in the states of Hesse, Rhineland-Palatinate, and North Rhine-Westphalia — all in western Germany —  are most satisfied with democracy, closely followed by the city-state of Hamburg in northern Germany.

People living in the western German state of Saarland, which shares its border with France, and Mecklenburg-Western Pomeranian in former East Germany, are most likely to be dissatisfied with democracy, reporting 41% and 48% discontentment with democracy, respectively.

Supporters off far-right populist Alternative for Germany (AfD) were markedly more dissatisfied with democracy in Germany than supporters of any other political party.

The foundation conducted 5,585 interviews in 2018 with people aged over 18 and have the right to vote.

Opinion: Freedom of speech in Germany — be mainstream or be quiet

Environmental destruction and climate change are top fears among German youth, alongside terrorism, according to a survey. Most trust democracy but hardly party-aligned politicians. A fraction are prone to populism. (15.10.2019)