The Ruhr region in the western state of North Rhine-Westphalia was considered "problem region number one," upending the narrative of an east-west divide. A new study urged the government to do more to eradicate poverty. 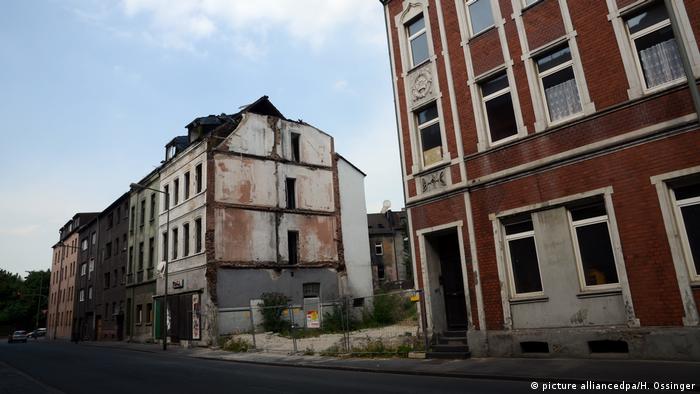 Although the poverty rate has fallen across Germany, at least a quarter of 95 regions surveyed have witnessed an increase of 20% over the past decade, according to the Paritätische Wohlfahrtsverband poverty report published on Thursday.

"Despite the good news that the national poverty rate has dropped to 15.5%, the gap between affluent regions on the one hand and poverty-stricken regions on the other is growing steadily and clearly," said the association's chief executive Ulrich Schneider.

Bavaria had the lowest poverty rate with 11.7%, while Bremen had the highest with 22.7%. What was once considered a divide between the richer west and poorer east no longer held true, Schneider noted.

Living on the breadline | Made in Germany

The Ruhr region was considered "problem region number one," according to the report. 21.1% of its 5.8 million people were estimated to be in poverty. The region is located in North Rhine-Westphalia — the most populous German state with a population of about 18 million.

Youth and the elderly were particularly at risk of poverty.

The study urged the government to enact a "master plan for poverty eradication" that would include boosting social welfare benefits under Hartz IV and raising the minimum wage to €13 ($14.50) per hour.

The poverty line in Germany is defined by how far household income allows someone to participate in society. Currently, whoever has less than 60% of the average income in a region at their disposal, is considered to be at risk of poverty.