Can a wealth tax bridge Germany′s divide between rich and poor? | Germany | News and in-depth reporting from Berlin and beyond | DW | 27.08.2019

Germany's Social Democrats are calling for nationwide wealth tax. Why is the idea gaining momentum, and is it the answer to bridging the growing gap between rich and poor? 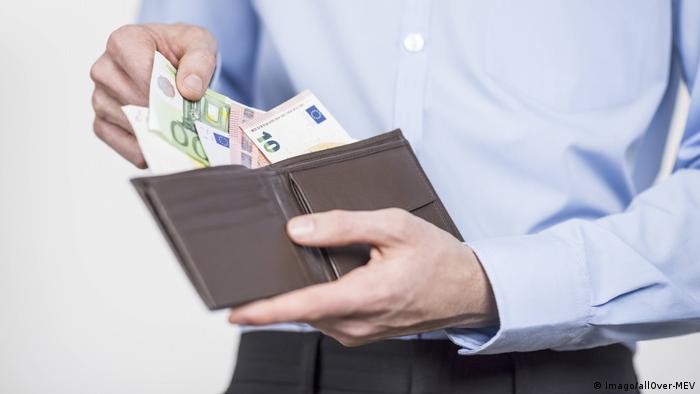 Germany's center-left Social Democrats (SPD) grabbed headlines this week with a plan to reintroduce a wealth tax to halt inequality.

Some SPD leaders have even called for an end to the so-called grand coalition with Chancellor Angela Merkel's conservatives in order to push through the proposal.

The SPD's announcement comes ahead of key elections in two eastern states on Sunday. The party's popularity has shrunk to record lows since joining Merkel's conservatives in government and many of its members have accused the SPD of straying from its traditional working class roots.

So would a wealth tax actually bridge the growing gap between Germany's rich and poor? Looking at countries where it's been implemented, the answer is a resounding "yes and no" — or, as the Germans say, "jein."

How big of a problem is inequality?

Inequality has been increasing almost everywhere around the world since the 1980s, albeit for different reasons, according to the 2018 World Inequality Report.

In developing countries such as India and China, deregulation has concentrated wealth, while educational disparities, a less progressive tax system and bigger bonuses for top executives are to blame for growing inequality in the United States.

The wealthy and their enablers

Between 1980 and 2016, the top 1% of American earners doubled their total share of all income in the country to 20%, while the poorest 50% of Americans grew poorer in that same time frame, according to the report.

Socially conscious Europeans have experienced less inequality over the years than Americans, but even they're not immune to the trend: Income inequality and poverty grew faster in Germany than in any other OECD country between 2000 and 2005, the organization reported.

Today, 45 households in Germany own as much wealth as the poorest half of the population, according to the German Institute for Economic Research (DIW).

SPD leadership in Germany points to such statistics as reason enough to implement a 1% to 1.5% tax on the wealth of society's richest individuals. Such tax schemes have even gained traction in the US, where Democratic presidential candidate Senator Elizabeth Warren recently proposed an "Ultra-Millionaire Tax."

These types of proposals add billions to states' coffers that can be used to fund new infrastructure and social programs, such as affordable housing — investments that help to vent the anger felt by younger generations jaded by growing inequality, Oliver von Schweinitz, a tax specialist and partner with LPA-GGV law firm in Frankfurt, told DW.

It's why such tax schemes are so politically popular, he added. Some 58% of Germans support the SPD's proposal, according to a recent survey by German newspaper WELT. That figure shoots to over 90% with the most left-wing voters on the political spectrum.

But today, only three countries — Switzerland, Spain and Norway — still have a wealth tax. Switzerland hasn't seen a significant reduction in wealth inequality in the past century, while poverty in Norway is still on the rise, statistics show.

It's because "the better tool" is taxing wealth when it's transferred in the form of a gift or inheritance, said von Schweinitz. It's easier for authorities to track, and people are less resistant to paying when it's a one-off, as opposed to an annual tax bill.

There are also economic and legal considerations to take into account. The valuation of yachts, artwork and real estate often vary, which is why Germany's Constitutional Court struck down the country's previous wealth tax in 1996.

Meanwhile, Germany's Ifo Institute for Economic Research concluded in a 2018 report that a wealth tax would have an adverse effect on economic activity "no matter what form it takes." Germany's small and medium-sized businesses (SMEs) — which provide well over half of all jobs in the country, according to government figures — would be particularly at risk if the bar for taxation was set too low.

That's one reason why France abolished its wealth tax in 2017, according to reports: The economic impact was too great, and too much capital left the country.

"Inequality creates feelings of anger. So I believe the SPD has a point: Anger means instability in the political system," said von Schweinitz. "But the proposal is still vague. If the threshold is too low, then this will be a hit on mid-sized businesses."