The town of Bautzen is picturesque, prosperous and hasn't had trouble with refugees for years. Nevertheless, the far-right Alternative for Germany is set to win in the upcoming Saxony election. DW finds out why. 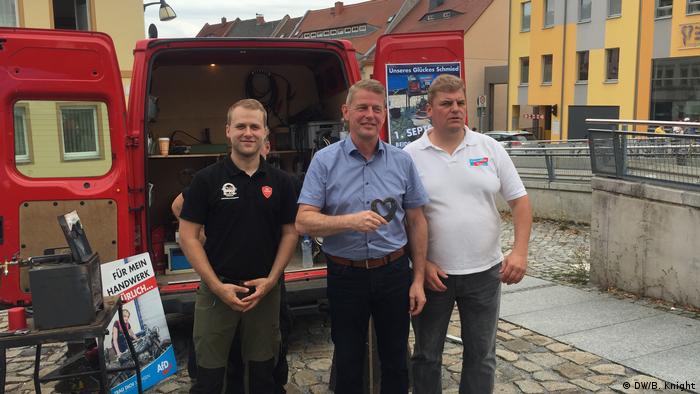 Bautzen, a small town tucked in a corner of Germany just a few miles from both the Czech and Polish borders, is doing everything it can to debunk the cliches about the East. It's not poor: The city is debt-free and unemployment is dropping. It's not depressing: Its little hilly cobbled streets and medieval towers attract thousands of tourists every year. And its people aren't fleeing west to find work: the population has remained at a steady 40,000 for several years.

Not that Bautzen is trouble-free. The town became infamous in 2016 when an empty refugee shelter was set on fire and then even more infamous a few months later when violent altercations between migrants and neo-Nazis erupted on the streets. But that was a long time ago — there are hardly any refugees from the "crisis" left in the town and the large shelters, which once caused consternation among many Bautzeners, have largely been shut down.

All that makes another Bautzen statistic something of a mystery: In the 2017 general election, the right-wing populist Alternative for Germany (AfD) won Bautzen's directly elected seat in the Bundestag, taking 33.2% of the vote, narrowly pushing Angela Merkel's conservative Christian Democratic Union (CDU) into second place.

The power of being called a Nazi

The man who won that seat, Karsten Hilse, is currently spending nearly every day standing at the Kornmarkt square in front of a farrier's stall adorned with AfD posters, occasionally holding a horseshoe that has been beaten into a heart shape.

So far, the good luck charm seems to be working ahead of the September 1 Saxony election, when the far-right can expect to take a quarter of the state's votes, and may even become the biggest party in the state parliament. 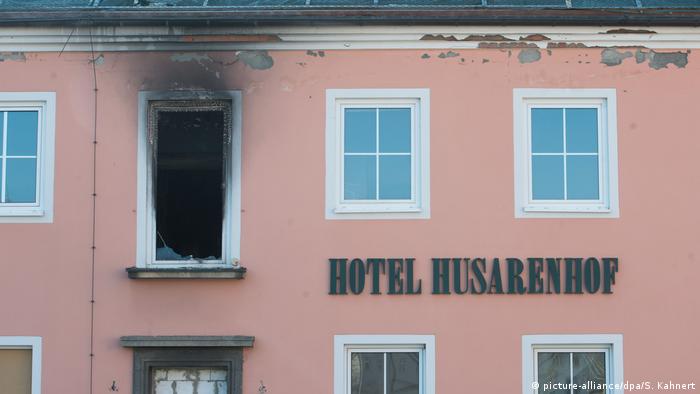 This Bautzen refugee shelter was set on fire in 2016, making headlines across Germany

Hilse, a former miner in one of the region's brown coal mines, has the confidence of a politician who represents a dominant party. When some young men drive past, wind down a window and shout "Nazis out!" at him and his campaigners, he just chuckles indulgently.

So why would a prosperous, peaceful, tourist-friendly town with hardly any refugees vote for the right-wing populists who are out to disrupt mainstream politics?

"People don't see the loss of their home country just through refugee policy; they also see it in the centralization policies of the EU, they see it through the energy transition, the climate panic that is being spread," Hilse said, arguing that many Saxony voters see renewable energy investment as a threat to the brown coal mining communities in the region.

Hilse also admits that his party has benefited from growing mistrust in the media. Even three decades since its demise, he believes the memory of the communist dictatorship has left East Germans with "much finer antennae" when society "moves towards opinion dictatorship" because of a media that "bends the truth the way they want it."

And there are of course economic factors, too. "Of course they're disappointed in the old parties in how reunification turned out," he added. "There are just many parts of the former East where people had no choice but to move away because they had become desolate, and they blame the old parties for that."

The mayor of Bautzen is very frustrated by all this. Sitting in his high-ceilinged office in Bautzen's old town hall, Alexander Ahrens, a Social Democrat, can talk passionately, and with some bitterness, once he gets started on how the AfD has profited from the mainstream parties' disregard for eastern Germany.

In part, this appears to be down to a lingering distrust between the two old Germanys. "It always surprises me anew when people here describe themselves as second-class citizens," he told DW. "But it comes out of the frustration they felt in the first 10 or 15 years of reunification. They still carry that around with them."

Somehow, the far-right has tapped into that distrust of the capital. "The AfD has succeeded in marking themselves out as the voice of the East," the mayor said. "Actually that's wrong: marking themselves out would imply they had achieved something, but I haven't heard anything constructive from them. Nothing at all."

But somehow, Ahrens added grudgingly, "they convey the feeling that they will sort it out. It's completely absurd." The mayor, who makes a point of talking to AfD voters, says he hears two consistent motifs: they feel Berlin is governing them without giving them a say, and they don't trust the media. On that second point, he says, "I can partially agree."

"They see that an image of eastern Germany is being reflected that has absolutely nothing to do with their life situations," he said. "No one here, across the political spectrum, has the feeling they live in a far-right stronghold. It really annoys people when they read that." 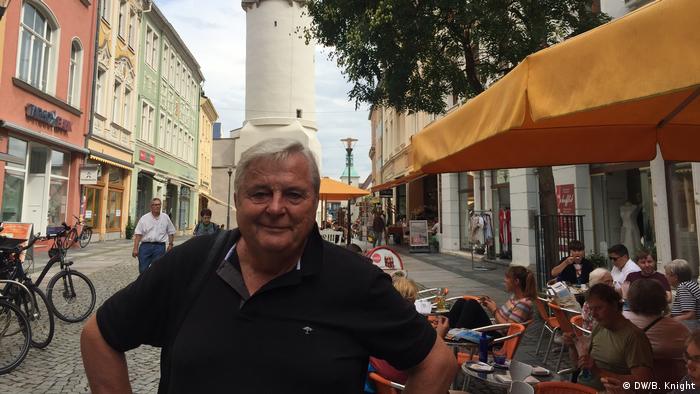 Christian Haase won't vote for the AfD, but has turned his back on Merkel's CDU

The decline of the CDU

There are also more immediate reasons. Out on the street, enjoying a coffee and watching the tourists wander by, retired engineer Christian Haase can't bring himself to vote for the AfD. "There are clever people in it, but there are also chaotic people in it," he says, but neither will he be voting for the CDU, the party he once voted for "without even thinking about it."

The CDU has enjoyed a recent surge in Saxony, with some polls putting them at 31%, some 6 points ahead of the AfD (Ahrens' SPD is at 9%). But in the early years after reunification, the CDU enjoyed absolute majorities in Bautzen, and as recently as 2013, Merkel's conservatives took just over 49% of the vote. "Bautzen has always been a bourgeois, conservative town," says Haase, who is now part of a small independent citizens' initiative, much like the Free Voters who took many center-right votes in Bavaria last year.

For Haase, the CDU has changed too "drastically" under Merkel — while the voters of Bautzen haven't.