Bavaria's Free Voters — What you need to know

The Free Voters have scored a record number of votes in Sunday's Bavarian state election and are likely to become part of the government coalition. Here are some facts about the small conservative party. The Free Voters party had reason to celebrate Sunday night when the results of Bavaria's state election started rolling in. The southern-German party received 11.6 percent of the votes according to preliminary results.

That's a gain of 2.6 points compared to their result in the 2013 state elections. While that's not as impressive as the Green Party's doubling of votes, the right-leaning Free Voters are ahead of the environmentalists in a different way: They are likely to become the coalition partner of the Christian Social Union (CSU) and form Bavaria's new government. The CSU had seen great losses and will need a coalition partner instead of governing by itself as it did in the previous legislative period.

Who are the Free Voters?

Being part of the governing coalition of Germany's biggest territorial state would be no small feat for the Free Voters. The party has around 4,500 members. It exists in Bavaria and neighboring Baden-Wurttemberg, but is represented in Bavaria's state parliament only.

The Free Voters are considered conservative, as is the CSU. But they are not as radical as the right-wing populist Alternative for Germany (AfD) that campaigned with provocative anti-Islamic statements. Analysts believe that the Free Voters are one of the reasons why the AfD has made it into Bavaria's state parliament with around 10 percent of the votes, but hasn't done as well as in other German states. 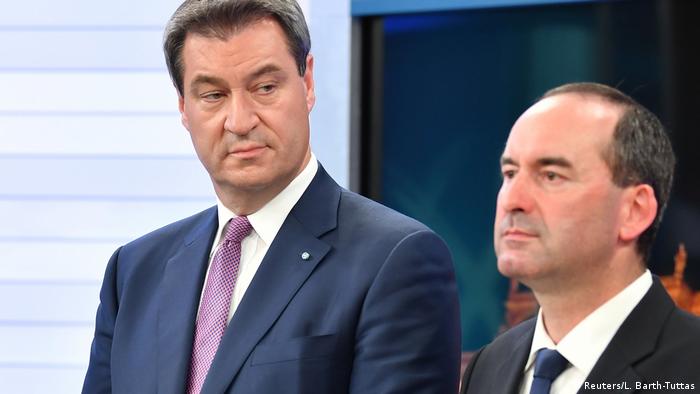 Asked about a government alliance with the CSU, the Free Voters' chairman Hubert Aiwanger said: "I would be ready. If [State Premier Markus] Söder is, too, we'll go for it."

What do they want?

But the potential coalition partners don't agree on everything. In areas such as education and housing, there are greater differences between the two. The Free Voters want free daycare centers, more subsidies for social housing and higher child benefits for families building homes than the CSU — none of which are insurmountable obstacles to a possible coalition, though.

Who is Hubert Aiwanger, the head of the Free Voters? 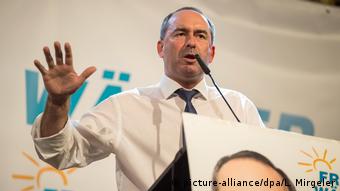 Aiwanger, 47, is the Federal Chairman of the Free Voters. He is also a town councilor, district councilor and district chairman of his party — as well as their Bavarian state chairman and head of the state parliamentary group. In short, he is the heart and brain of the party. Born in 1957, the agricultural engineer decided to enter politics at the age of 30, when he joined the Free Voters. Rumor has it he considered the CSU as too arrogant.

But despite saying that his party is home to "the last sensible conservatives," he sees the CSU as a natural partner.

Aiwanger has categorically ruled out a rainbow coalition of four parties without the CSU, but with a Green state premier. Right now it looks like he'll get the coalition he wants — and Aiwanger already has demands. On Monday morning, the head of the Free Voters announced that his party wanted to lead three of the 11 ministries in Bavaria's government. The father of two said he was confident that the CSU would form a coalition with the Free Voters instead of with the Greens. That would put the small local party in a state government for the very first time.

In what some have described as a bellwether for German politics, millions of Bavarians are casting their votes in state elections. With the CSU expecting a poor performance, the poll could spell trouble for Merkel. (14.10.2018)