Twenty of the wealthiest people in the US have urged the next president to impose taxes on the rich to combat climate change and increase access to health care. They said the US has an "economic responsibility" to do so. 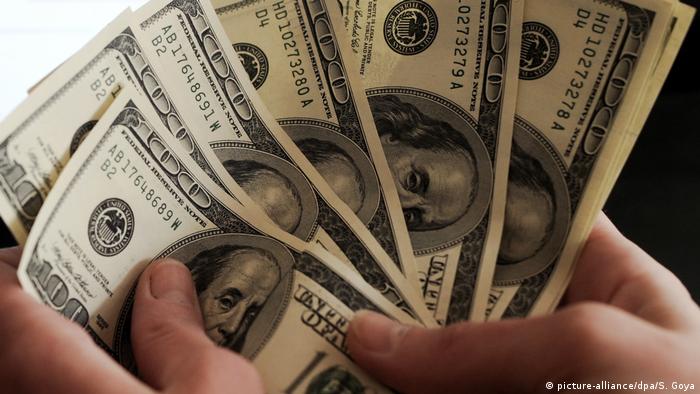 Several US billionaires have urged candidates running in the 2020 US presidential election to raise taxes on the wealthiest of the wealthy.

"America has a moral, ethical and economic responsibility to tax our wealth more," said the open letter signed by at least 20 super-wealthy Americans on Monday, including liberal philanthropist George Soros and Abigail Disney, an heir to the Walt Disney fortune. Disney said she wished "there weren't so many billionaires" in a tweet.

The billionaires highlighted the need to address the growing wealth gap between the richest 1% in the US and the majority of its citizens. It also suggested using the tax to tackle climate change and create better access to health care.

"A wealth tax could help address the climate crisis, improve the economy, improve health outcomes, fairly create opportunity and strengthen our democratic freedoms," the letter said. "Instituting a wealth tax is in the interest of our republic."

While the letter called for all US presidential candidates to implement a wealth tax in a bid to create bipartisan support, it named several Democratic leaders, including Senator Elizabeth Warren and Representative Beto O'Rourke of Texas.

"The first specific candidate proposal, introduced by Senator Warren, would provide millions of families with a better shot at the American dream by taxing only 75,000 of the wealthiest families in the country," the letter said.

Last year, a UN report said poverty is widespread in the US and continues to grow at alarming rates.

"The policies pursued over the past year seem deliberately designed to remove basic protections from the poorest, punish those who are not in employment and make even basic health care into a privilege to be earned rather than a right of citizenship," said Philip Alston, a UN expert on poverty, at the time.

According to the report, nearly 41 million people in the US live in poverty, including 18.5 million in extreme poverty. The White House has called the report "biased."

A government plan calls for a tax on Spain's "big fortunes" would help offset inflation relief measures to assist low and middle-income Spaniards.