US Senator Elizabeth Warren moves to challenge Trump in 2020

The liberal Democrat has taken the first step towards a presidential campaign by opening an exploratory committee. In her video announcement, she described America's middle class as "under attack" from special interests. 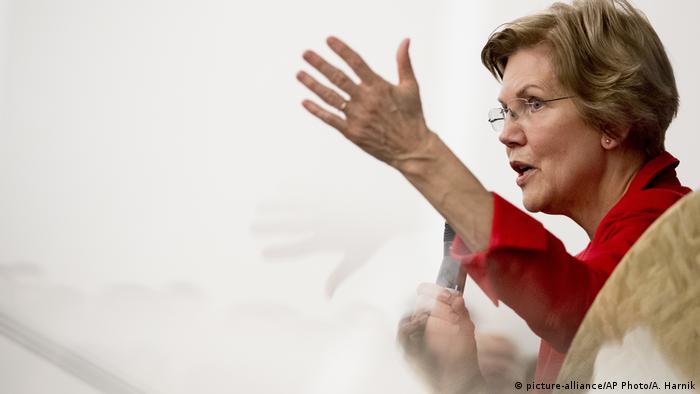 US Democratic Senator Elizabeth Warren, a fierce critic of Donald Trump, took the first step towards running for the presidential office in 2020 by opening an exploratory committee on Monday.

Warren released a video on her Twitter account explaining her motivation to move towards a presidential candidacy. In it, she described her family history and her vision of equal opportunity for all Americans.

Warren, who has fought for consumer protection, describes herself as a defender of the ordinary American against the interests of the wealthy and powerful.

"America's middle class is under attack," she said the video. "How did we get here? Billionaires and big corporations decided they wanted more of the pie, and they enlisted politicians to cut them a fatter slice."

An exploratory committee is normally the first step that a person takes in deciding to run for elected office. It is seen as a way to "test the waters" as to whether an individual should campaign or not.

The exploratory committee will allow Warren, a liberal from the northeast state of Massachusetts, to begin fundraising for an eventual candidacy.

Exploratory money can be raised without requiring full disclosure of donors, as is required for a declared candidate. Donation limits sill apply, however, if a candidacy is later officially declared.

In an email to supporters, Warren said she'd more formally announce a campaign plan early in 2019, the AP news agency reported. She currently has $12.5 million left over from her 2018 re-election campaign that she could use in a run for president, AP said. 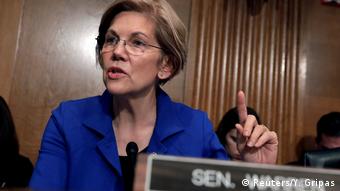 The Democratic field is expected to be well packed in the primary race for 2020 as party politicians attempt to unseat Trump. Julian Castro, a former mayor of San Antonio, Texas, who also served in the Obama administration, said earlier this month that he would also be launching an exploratory committee. Meanwhile, outgoing Maryland democratic representative John Delaney officially announced his campaign for president in 2017.

The Democratic and Republican primaries will be held in the first months of 2020 on different dates in different states, while the general election is scheduled for November 3. 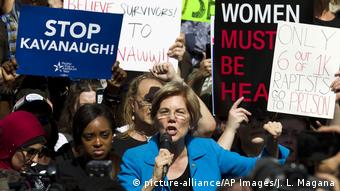 Warren joined protests against Trump's nomination to the US Supreme Court, Brett Kavanaugh

Warren has sparred with Trump over policy such as healthcare, as well as over more personal attacks.

Trump disparaged Warren's Native American heritage, which she can trace through DNA back six to ten generations, by calling her "Pocahontas." The name refers to the well-known daughter of a powerful regional chief who had close ties with colonial settlers during the 17th century. The release of her DNA report spurred broader controversy over her claim to ancestry.

Warren grew up in a working-class family. Prior to entering politics, she was a public school teacher and a lawyer.

Senator Warren on Trump's 'no courts, no judges' Tweet

Uproar after US Senator Warren silenced reading letter on Sessions

Hearings to confirm Jeff Sessions as attorney general have taken a surprising turn, with Elizabeth Warren being reprimanded for reading a letter. The senator had cited scathing words by Martin Luther King Jr.'s widow. (08.02.2017)

Joseph Stiglitz, a Nobel Laureate in economics, has teamed up with New York Major Bill De Blasio and US Senator Elizabeth Warren to propose a major economic reform agenda for the US. Its focus: Reducing inequality. (12.05.2015)

US Senator Elizabeth Warren has been considered as a potential running mate for presumptive Democratic US presidential candidate Hillary Clinton. Democratic rival Bernie Sanders is facing inner-party calls to bow out. (09.06.2016)