Uproar after US Senator Warren silenced reading letter on Sessions

Hearings to confirm Jeff Sessions as attorney general have taken a surprising turn, with Elizabeth Warren being reprimanded for reading a letter. The senator had cited scathing words by Martin Luther King Jr.'s widow. 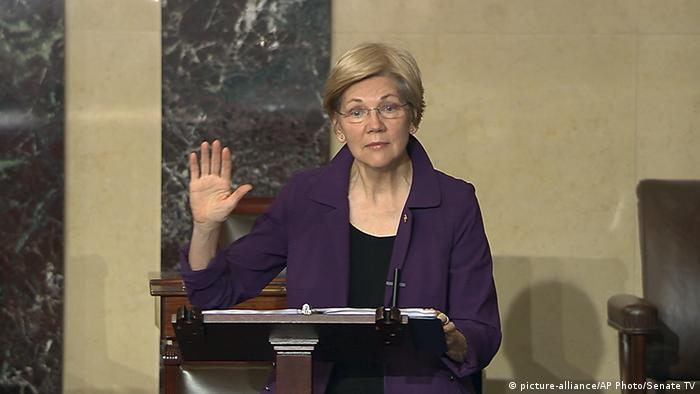 US Senate Democrat Elizabeth Warren was told to sit down after reading a thirty-year-old letter criticizing the attorney general nominee Jeff Sessions. The letter was written by Coretta Scott King, the widow of murdered civil rights leader Martin Luther King Jr - and it circulated all the more freely after the efforts to silence Warren in the chamber.

"The senator has impugned the motives and conduct of our colleague from Alabama, as warned by the chair," McConnell said. Warren challenged the ruling, which resulted in the Senate voting on the implementation of the archaic tradition. With a Republican majority in the upper house of Congress, the Senate voted along party lines to uphold McConnell's ruling.

Senator Warren was initially warned after reading from a statement by one of her predecessors, former Massachusetts Senator Edward Kennedy, in which Kennedy had labeled Sessions a disgrace. When she moved on to reading Coretta Scott King's letter, the Republican majority in the Senate struck her down.

In the 1986 letter, Mrs. King was opposing Jeff Sessions' nomination to become a federal district court judge in Alabama, saying that while he was acting as a federal prosecutor, Sessions had used his power to "chill the free exercise of the vote by black citizens." Sessions did not get the role.

Warren implied that the ruling against her that she shouldn't be silenced for the remainder of the hearings on Sessions' confirmation, saying that she wasn't making any remarks in her own name but merely "reading a letter from Coretta Scott King to the Judiciary Committee from 1986 that was admitted into the record." 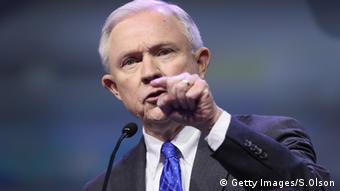 "I'm simply reading what she wrote about what the nomination of Jeff Sessions to be a federal court judge meant and what it would mean in history for her," Warren said.

The chamber has been debating the Alabama Republican's nomination for US Attorney General, facing staunch opposition by Democrats. The previous day, during the debate over education secretary nominee Betsy DeVos, Democrats held the Senate floor throughout the night in protest against the nomination. Tensions over confirming President Donald Trump's cabinet nominees have persisted from the onset of the process, with Republican leaders accusing Democrats of deliberately blocking the process.

A confirmation vote for Jeff Sessions as attorney general is expected later on Wednesday.

McConnell's ruling was a rare rebuke in the upper house, which values decorum and is steeped in tradition. Democrat Senator Sheldon Whitehouse from Rhode Island said that the procedure was getting "ridiculous."

The longest-serving Republican currently in Senate, Orrin Hatch, from Utah, meanwhile called for a more dignified debate of Trump's nominees, citing Senate rule 19, which he said Warren had "violated."

Elizabeth Warren is already considered to be a potential presidential candidate for the next presidential elections in 2020, but has come under fire recently for not representing the values she has been championing.

Up for reelection in her home state of Massachusetts in 2018, Warren has been accepting millions in donations for her bid in the past 24 months, with most of the $5.9 million (5.5 million euros) she has accrued coming from individual donations. Her professional engagements both within and outside of politics have also led her opponents to try to disaqualify Warren, who has been positioning herself as a supporter of the poor.

US Senate approves DeVos as education secretary in narrow vote

President Trump's choice looked set to be defeated with a 50-50 stalemate. But then Vice President Mike Pence stepped in to cast the tie-breaking vote. (07.02.2017)

Trump's relationship with Republicans in Congress off to rocky start