For some, Hungarian-American billionaire George Soros is the soul of generosity. For others, he's the devil in disguise. In any case, the octogenarian emigre to the US is one of the world's most controversial figures. 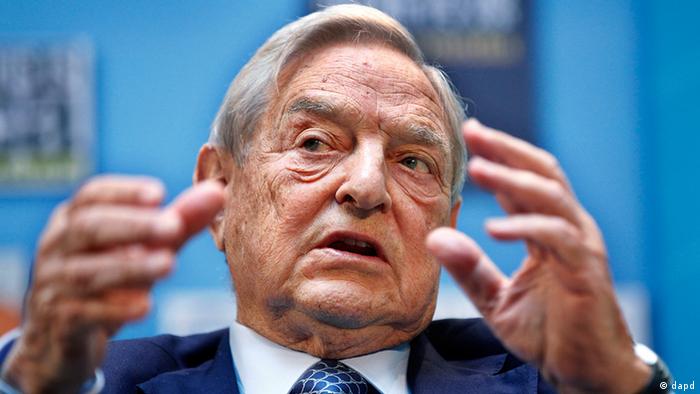 George Soros was born in Budapest in 1930 as Gyorgy Schwartz to a secular upper-middle class family who changed their name to the less Jewish-sounding Soros in response to rising Hungarian anti-Semitism. When Nazi Germany occupied Hungary in 1944, the family procured fake documents indicating that they were Christians, saving themselves from possible murder in the Holocaust. Soros' father is also credited with saving the lives of a number of other Hungarian Jews.

Soros enrolled in the London School of Economics in 1947, studying under renowned Austrian-British philosopher Karl Popper, who was a tenacious advocate of liberal democracy and a critic of authoritarianism and totalitarianism.

Popper also promoted the principle of reflexivity, which holds that the act of observing alters the object of observation and which Soros applied to economics. Soros reversed the traditional logic that prices reflect economic fundamentals, arguing instead that prices themselves drove economic development. In his book Soros on Soros from 2005, he wrote: "The prevailing wisdom is that markets are always right. I take the opposition position. I assume that markets are always wrong. Even if my assumption is occasionally wrong, I use it as a working hypothesis. "

Soros became an investor during the 1960s, making millions with hedge funds. During the 1990s, he earned billions short selling British pounds, for which he was nicknamed "the man who broke the Bank of England." As his wealth grew so did his activities as a philanthropist — and the controversy they generated. In 2017 his net worth was estimated at around $25 billion (€21 billion), putting him among the 30 richest people in the world. But he gave away some 80 percent of that money ($18 billion) to charity, chiefly his own Open Society Foundations (OSF). 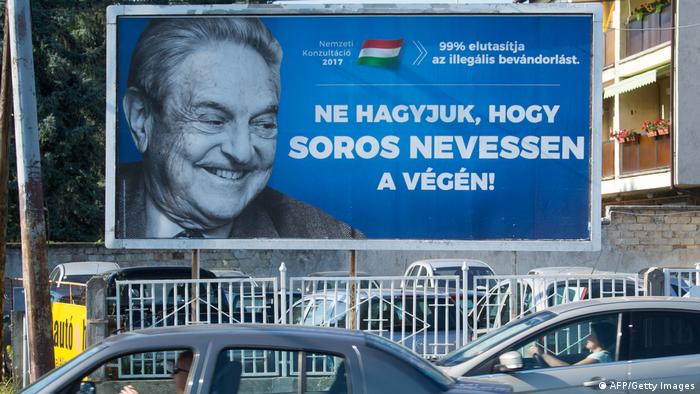 The OSF is an international group of charities active all over the world in areas, according to the body's website, ranging from "democratic practice" to "information and digital rights" to "justice reform and the rule of law." The specific organizations supported tend to reflect Soros' own liberal-democratic, progressive beliefs and his personal background.

Soros began supporting democratic organizations in Eastern Europe before the demise of communism. By his own account, he started by providing dissident groups in his native Hungary with photocopiers in 1984. He has since set up foundations and donated hundreds of millions to pro-democracy organizations throughout the former communist East. Soros also founded the private Central European University, with campuses in New York and Budapest.

"The political risk is very severe and the rise of the chauvinistic, xenophobic far right is a disturbing development," Soros told the Financial Times newspaper in 2009.

His foundations have supported peace initiatives in the Middle East, and he is no great fan of Israel. Once he told New Yorker magazine: "I don't deny Jews the right to a national existence, but I don't want to be part of it." At the same time, he has also written: "I am proud of being a Jew — although I must admit it took me practically a lifetime to get there."

Particularly in recent years, Soros has become increasing involved with progressive political causes in the United States. His foundations donated money to the MoveOn organization after the September 11, 2001 terrorist attacks, and in an interview dating all the way back to 2003, he stated that the Republican Party had been "captured by a bunch of extremists."

Soros is also a prominent critic of Britain leaving the EU, making multiple donations to anti-Brexit groups in the UK. By contrast, in 2013, Soros said that Germany should consider leaving the EU common currency, the euro, to allow struggling member states more flexibility in their effort to escape crushing debt. 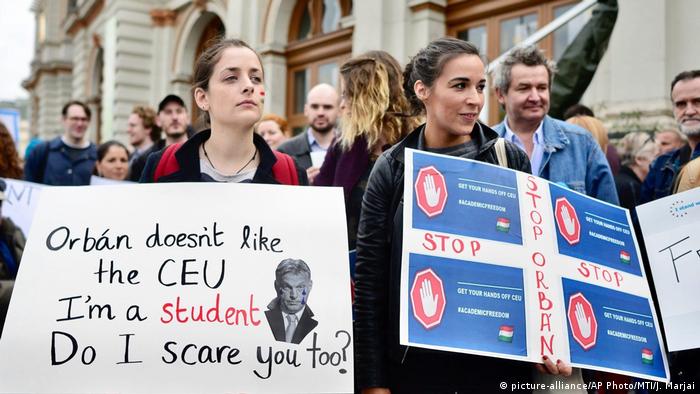 To say that Soros' opinions have made him some powerful enemies would be a major understatement. The billionaire's views have earned him the ire — sometimes bile — of right-wing leaders from Hungary's Viktor Orban to Israel's Benjamin Netanyahu as well as populists in the US, Britain and elsewhere.

Orban made Soros a centerpiece of his campaign for re-election as Hungarian prime minister earlier this year, playing on anti-Semitic stereotypes and accusing the American of trying to destroy traditional society by encouraging mass migration of foreigners to Hungary. Orban's government has passed legislation specifically directed against Soros' activities, prompting the OSF in Budapest to close its doors and move to Berlin.

The Israeli foreign ministry has attacked Soros for "continuously undermining Israel's democratically elected governments" by funding groups that "defame the Jewish state and seek to deny it the right to defend itself."

And right-wing populists like American talk show host Glenn Beck have developed elaborate conspiracy theories centering on Soros as a "puppet master" bent on enforcing a global progressive agenda against the will of peoples throughout the world. 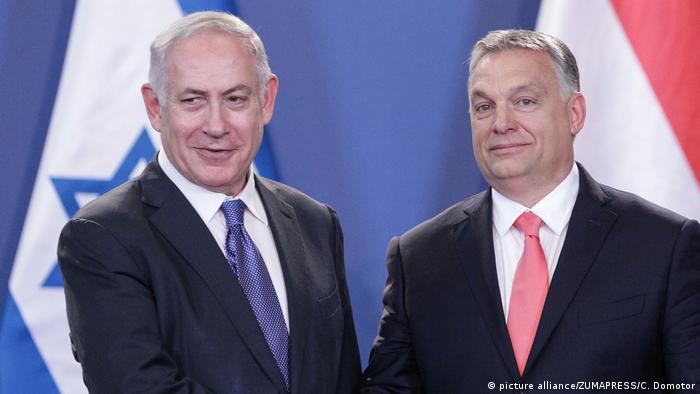 Both Netanyahu and Orban have been harsh critics of Soros

Much of the scaremongering has been fueled by the labyrinthine, bottom-up structure of the OSF, says one pro-Israel watchdog group in Jerusalem.

"Open Society Foundations sparks controversy because it is a powerful actor that is active in political processes throughout the world, often without any transparency,"  NGO Monitor Europe Desk Director Olga Deutsch told DW.

Read more: Hungary: War of words between George Soros and Fidesz heats up

But even critics of Soros like NGO Monitor acknowledge that the hostility toward him, particularly in Hungary, has itself been "disturbing" and included "anti-Semitic components."

Soros arguably also has as many supporters as detractors around the world.

"I know the OSF very well, and they're a model of transparency," Felix Oldenburg, the secretary-general of the Federal Association of German Foundations told DW, characterizing the enmity toward him as "cheap resentment of the wealthy."

In his latter years the self-proclaimed advocate of the "open society," Soros has himself become very much of a cause celebre dividing the political right and left in the battle for what modern-day democracy should be about.