The foundation backed by the Hungarian-born US billionaire is set to move its staff to the German capital of Berlin. The move came after Hungary said it would tighten a law against foreign-funded NGOs. 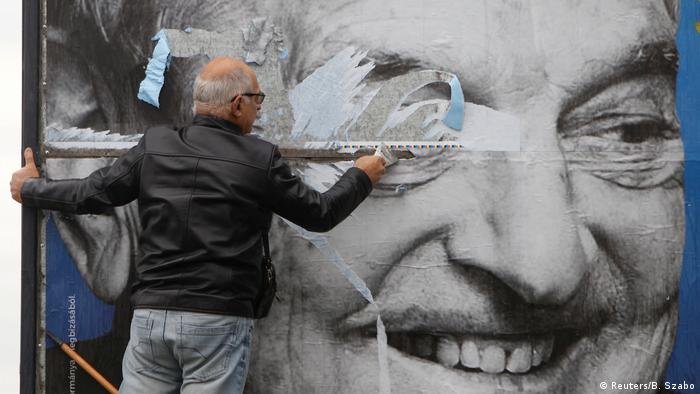 The Open Society Foundations (OSF), backed by billionaire George Soros, will shut its office in Budapest and relocate to Berlin amid a political and legal crackdown against the organization, the OSF said on Tuesday.

The move follows a decision by the Hungarian government to tighten a bill dubbed "Stop Soros" that would restrict the work of Hungarian non-governmental organizations that receive foreign funding.

What would the Stop Soros law do? As it stands, the proposed law would allow the interior ministry to ban an NGO that deals with immigration if it posed a "national security risk." It would also introduce a 25 percent tax on foreign donations to NGOs that support migration.

Who is George Soros? Soros is a US billionaire and philanthropist who was born to a Jewish family in Hungary in 1930. He emigrated to the United States in 1956 and later began a successful career as an investor.

What is the OSF? The foundation supports and funds democracy and civil society initiatives in more than 100 countries worldwide. Soros is the founder and chair and has donated more than $32 billion (€27 billion) to the organization.

Soros-funded university to stay: Central European University, a Soros-backed graduate school, has also been fighting with the Hungarian government, but said on Tuesday it would stay in Budapest.