World's poor pay more for water than the rich: UN

More than 2 billion people on earth did not have access to clean and drinkable water. Worldwide, the poor and marginalized were less likely to have clean water and sanitation, according to a UNESCO report. 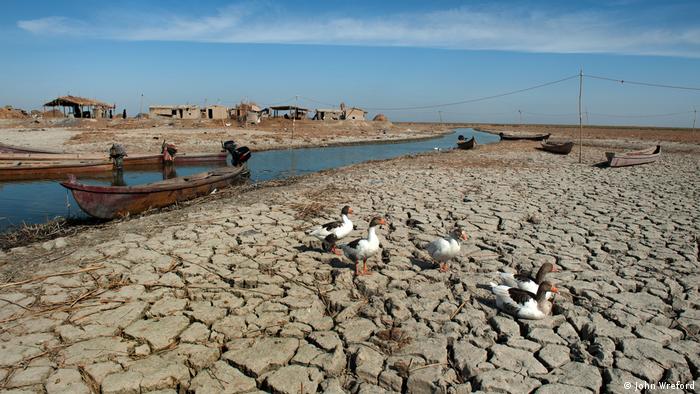 The UN released its annual World Water Development Report on Tuesday, which highlighted that some 2.1 billion people do not currently have access to clean and continuously available drinking water. An even larger number, 4.3 billion, do not have access to safe sanitation facilities.

"Improved water resources management and access to safe water and sanitation for all is essential for eradicating poverty, building peaceful and prosperous societies, and ensuring that ‘no one is left behind' on the road towards sustainable development," said the 2019 UNESCO report, titled "Leaving No One Behind."

A future of increased water scarcity is foreseeable, the report warned, which will have negative effects on the global economy.

The title of the UNESCO report referenced a key finding: the inequality of water access. People who are poor or marginalized are also more likely to have limited access to proper water and sanitation, the report noted.

The report's editor-in-chief, Rick Connor, said that in cities, rich homes with piped water than poor people living in slums, who often had to buy water from trucks, kiosks and other vendors, spending roughly 10 to 20 times more.

"The misperception is that they don't have water because they can't afford it — and that is completely wrong", Connor told the Thomson Reuters Foundation.

Ulla Burchardt, member of the Germany's SPD and part of UNESCO's Germany board, urged her country to do more, in light of the report's findings.

Although Germany is on the right track when it comes to water rights, "we are partly responsible for the great problems in other regions of the world, such as the import of cotton or beef, the production of which can be very water-intensive," Burchardt warned.

"Safe water and safe sanitation are human rights", Burchardt said. "But for billions of people, these rights not realized," she concluded.

Desalination makes fresh water available for millions of people, but it has environmental impacts: Lots of energy is needed and marine wildlife suffers because of the salty and toxic slush dumped in the sea. (21.01.2019)