German officials have agreed to an investment plan that will target economic and infrastructure disparities around the country. The aim is to strengthen regional governments and promote the "homeland." 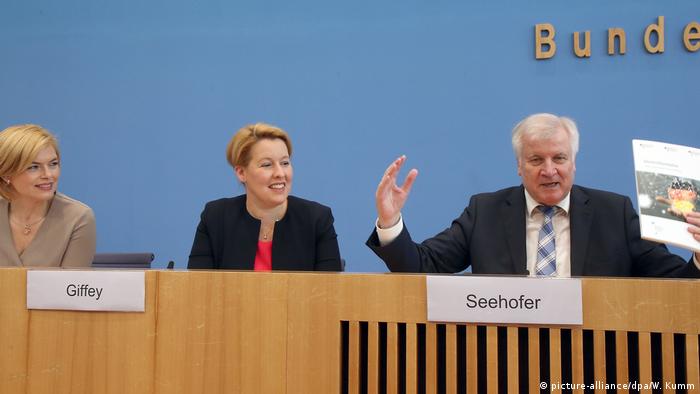 The last "Germany Atlas" was published 50 years ago. It is leather-bound and heavy, says Federal Interior Minister Horst Seehofer. So heavy in fact, that he said he didn't have the strength to carry it to the federal press conference on "equal living conditions" in Berlin on Wednesday.

But now, there is a new Germany Atlas, printed on 117 letter-size pages, light enough for anyone to carry. Seehofer says the document highlights a number of "disparities" that "demand change."

The government commission that conducted the study looked at some 56 benchmarks — including access to broadband internet, daycare and health care, income and rent disparity, and voter participation,  and found, at times extreme, regional differences. Seehofer says these will be corrected in a "major reform plan."

Though substantial differences between urban and rural populations, or between north and south, may be normal in other countries, such disparities are not supposed to exist in Germany. That is something the authors of Germany's Basic Law, its constitution, made clear when they wrote the document in 1949.

Since then, the maxim of striving for social, infrastructural, economic, ecologic and culturally balanced conditions both in the country and in the cities, has guided policy. That vow was renewed when East Germany became part of the German Federal Republic after reunification in 1990. The term "equal living conditions" has been used since that time. 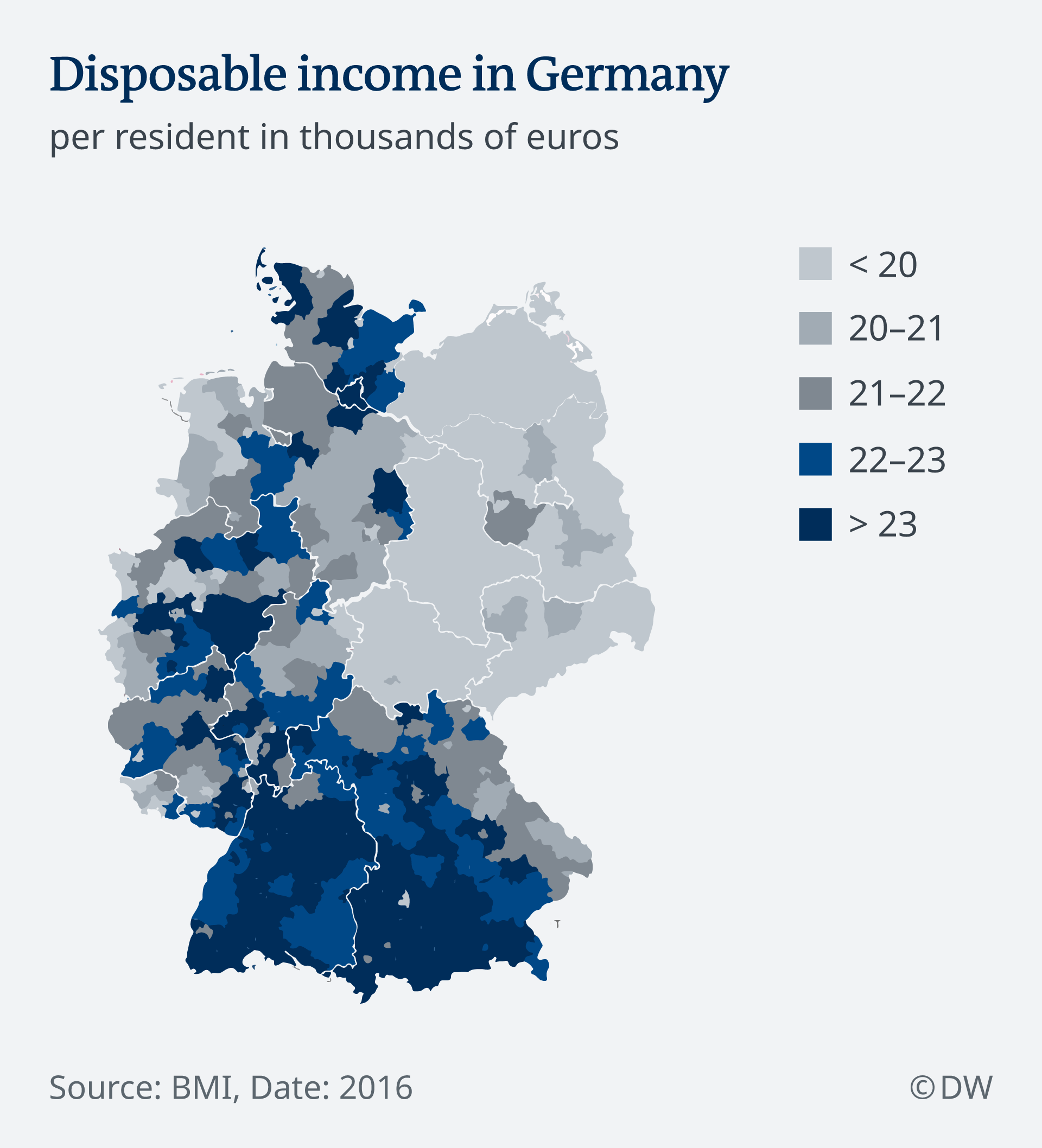 There are good reasons for that approach. For instance, there was no unified German nation before 1871, so the tradition of centralization so familiar in France was and remains foreign to Germany. Instead, states and local governments have more rights. One positive effect of the German system is that some of the country's tiniest "provinces" are home to companies that are global market leaders. Individual regions and the variety they embody are seen as strengths.

But that model has been losing ground over the past couple of decades. There has been a tendency toward centralization, cutbacks and streamlining — all of which have had a negative impact on citizens' everyday life. Experts pitched that approach to politicians because they predicted demographic changes would mean some regions would simply die out anyhow.

But Germany's federal elections in 2017 brought about a paradigm shift. Since then, the Federal Interior Ministry also carries the moniker Ministry for "Heimat" — a hard-to-define historically and culturally contentious German term that cannot be summed up with the rough English translation of "home" or "homeland," and seeks to champion "life on the land." The changes were a reaction to growing congestion in metropolitan areas, but also to the widening political divide between rural and urban communities. 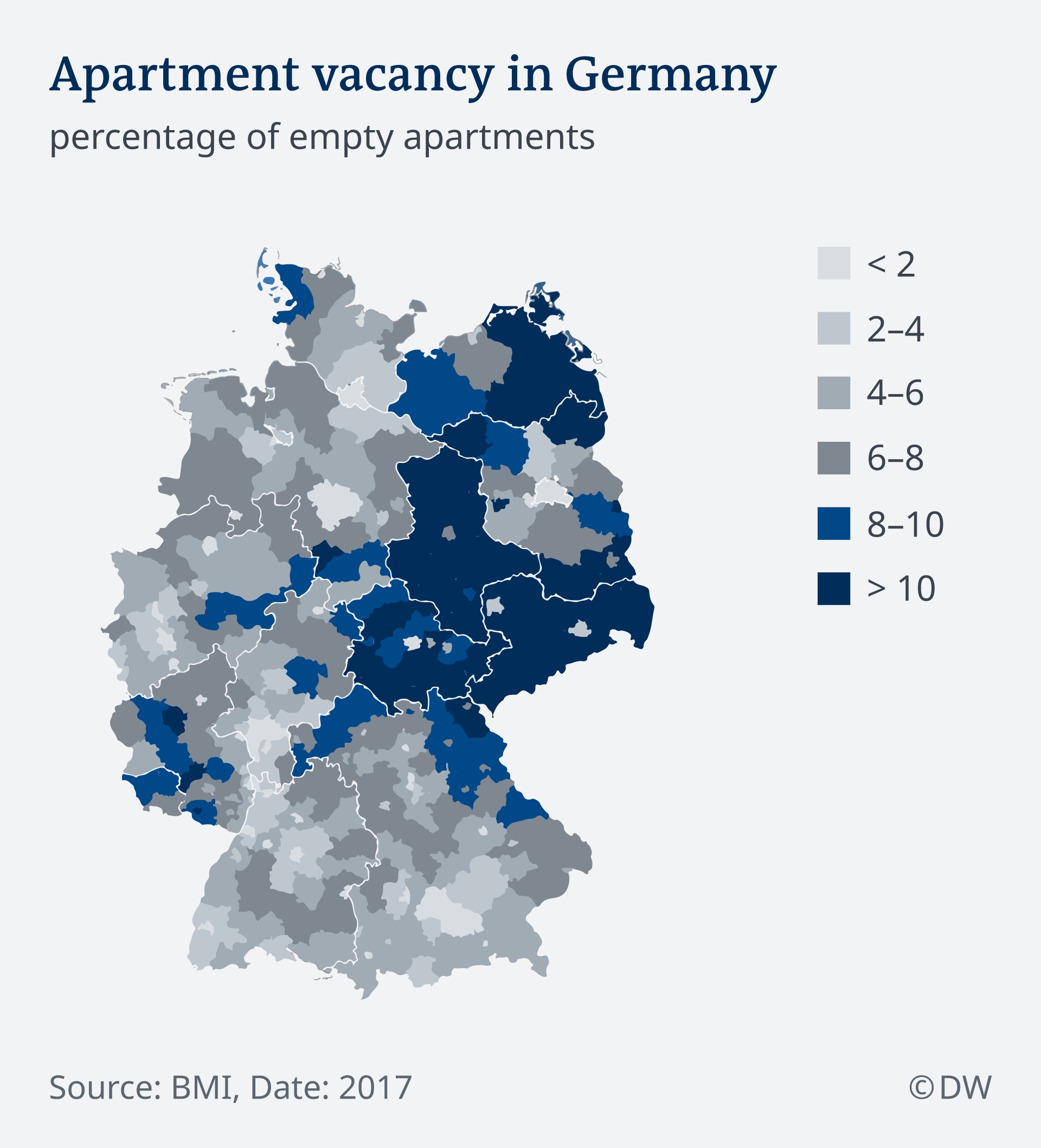 Read more: How the concept of 'Heimat' was misappropriated in 2018

Many experts point to the rise of the right-wing populist Alternative for Germany (AfD) party as one result of that widening divide. That is why the country's current federal government, made up of Chancellor Angela Merkel's conservatives and the center-left Social Democrats, codified the goal of strengthening "social cohesion" in its coalition agreement. And now, there is a plan.

The commission laid out 12 points that it says should lead to political change over the next decade. There is talk that the program will cost billions, but politicians are not worried. At Tuesday's press conference, attendees were assured that the money was there. Indeed, Germany has been taking in more tax revenue for years, and has been pocketing budget surpluses rather than racking up new debt.

Among some of the planned measures:

–          A new support system for economically weakened regions will replace the existing eastern German "solidarity package" and be distributed throughout the entire country from 2020.

–          The federal government will resettle administrative bodies and jobs in economically weakened small towns. One example that was given was Lusatia, where coal mining will be phased out by 2038 and where the federal government says it will create 5,000 new jobs.

–          A public-private infrastructure partnership will — finally — make access to broadband internet widely available. Germany lags far behind other countries on this front. The government has announced its intention to cover costs for the roughly 15% of the country that would otherwise not be catered to because it would not be profitable for businesses to lay broadband cable.

–          Currently, 2,000 of Germany's 11,000 municipalities are in debt, the federal government has pledged to assist them, despite their being under the purview of the states. In exchange, those municipalities will be forced to adhere to stricter fiscal policies. 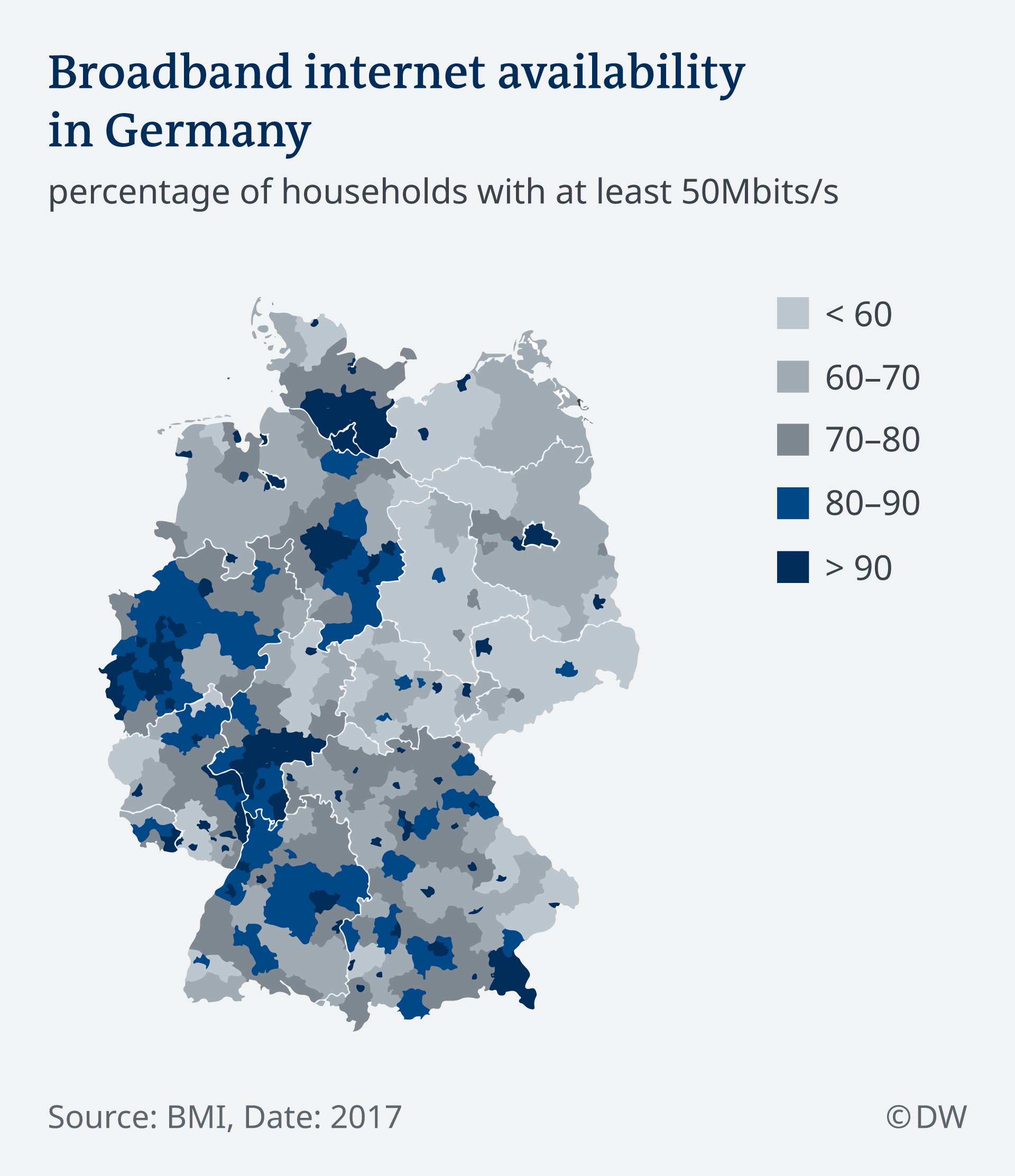 Whether that will all happen remains to be seen. The commission's proposals are not yet law, though Chancellor Merkel and her Cabinet have approved them. The next step will be for the states, or "Länder," to review the policies.

There is currently talk of a systematic equivalence assessment to determine the long-term consequences of the proposed measures. The Interior Ministry has also said it will convene a panel of deputy ministers from all 16 German states as part of its new "Reform Plan."

Interior Minister Seehofer is investing a lot of energy in the plan. A similar course of political action was taken in his home state of Bavaria years ago, and it was highly successful. And the feat of popularizing the concept of "Heimat" across the entire country could very well define the 70-year-old's legacy. By doing so, he would also rob the AfD of one of its most important issues, one that it has staked its political future on.