As Germany phases out coal, villages still forced to make way for mining | Environment | All topics from climate change to conservation | DW | 22.03.2019

As Germany phases out coal, villages still forced to make way for mining

The end is in sight for coal energy in Germany. And yet, entire villages are still being razed to make room for expanding coal mines, with residents protesting in vain. Does resettlement still make sense? 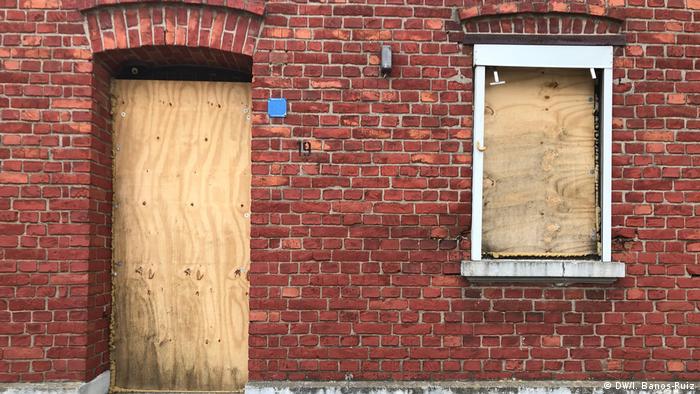 This end of the village of Immerath is peaceful, with birds chirping in the gables of empty houses. But off in the distance, the sound of excavators tearing down walls and smashing stones betray that calm. The open-pit lignite mine Garzweiler II is just a stone's throw away from Immerath, and soon the village will be no more.

Immerath was once a lively community with a sports club, church and several kindergartens. Today, the homes have been barricaded or bricked up. Down one abandoned street, a gutted car sits in the open garage of a family home covered in ivy. At the other end of the road, demolition work has already begun.

The last residents had to leave their homes behind in 2017. Since then, the village has been standing empty, surrounded by fields, a cemetery and heavy equipment belonging to energy company RWE, which has been expanding its mining operations in the area for decades.

Since the end of World War II, dozens of centuries-old villages have fallen victim to open-pit cast mining in Germany's coal heartland. And there's no end in sight. In the next nine years, more villages in the Rhineland will first be abandoned and then razed to the ground.

'This is our home, my homeland!'

"These ghost villages remind me of the aftermath of civil wars, where entire cities were simply bombed out of existence," says David Dresen, as he walks across the meadow behind his family's house toward the chicken coop. Dresen's family has been living in Kuckum, about 6 kilometers (4 miles) northwest of Immerath, for generations. Since 1862, they've raised livestock and grown vegetables on their 14,000 square meter property (about 16,700 square yards).

But Kuckum is one of five villages in the area slated to be cleared for coal mining by 2028.

As compensation, RWE has offered the Dresen family a plot of land that corresponds to just one-seventh of their current land area. Voluntarily leaving their house is "out of the question" for the Dresens.

"This is our home, my homeland!" says Dresen, 27, who has joined up with the Germany-wide coalition "Alle Dörfer Bleiben" (All Villages Remain) to bring attention to forced relocation by the coal industry. They've organized huge protests and launched lawsuits — but so far, they haven't been successful.

How much coal is left?

Germany is planning to phase out coal mining in the next decade, meaning the days are numbered for open-pit mines like Garzweiler II. And a recent study by the German Institute for Economic Research (DIW) has determined the mining areas that have already been approved contain sufficient coal for the country's energy needs, meaning the threatened villages could be preserved. Nevertheless, more than 1,000 people are still scheduled to be resettled in the Rhineland over the next 10 years.

RWE said the DIW study made "unrealistic assumptions" and miscalculated the amount of coal reserves, calling it "simply wrong." In addition, RWE says the study misrepresented the issue of resettlement; the energy company said the resettlement process has already been underway for years, and most people have decided long ago to relocate. "Stopping the process now would be irresponsible," it says.

At a recent visit to the area, North Rhine-Westphalia State Premier Armin Laschet said the people due to be resettled needed to be "better looked after," and that he would take charge of the issue.

What comes after lignite coal mining?

One-third of homes are empty

But Barbara Oberherr, a resident of nearby Keyenberg, hasn't heard anything yet from the state. Not that she wants any help with relocation — she intends to stay put.

Oberherr's family has lived in Keyenberg for the last several hundred years. But by 2028, the windows of her house are meant to be walled up, in preparation for the excavators. 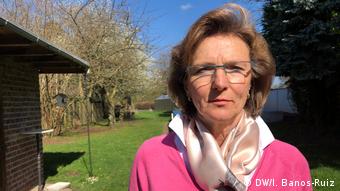 "It's extremely emotional for me," she tells DW. "It's home for my entire family. It's our history."

At first glance, Keyenberg still seems to be the typical quiet small town. It's hard to tell that one-third of the homes are already standing empty; several families have already sold their homes.

"RWE has already installed pumping systems on the outskirts of town, to begin the redevelopment," says Oberherr. "The noise makes it unpleasant to stay in the area. We're increasingly being displaced."

She can only hope that the political decision-makers finally understand what the village means for the local people. "People just fade away in these new housing estates," she says. "Old people die faster there — they can't cope with these relocations."

Oberherr says she won't leave unless there is no other option. She doesn't want to stay in Keyenberg if it becomes a ghost town.

As for David Dresen's grandfather, he's already made his choice: he'd rather die than give up his house.