The question of World War II reparations is still open, and Germany should pay up, says historian Karl Heinz Roth. But Poland, Greece and other countries would have to cooperate. 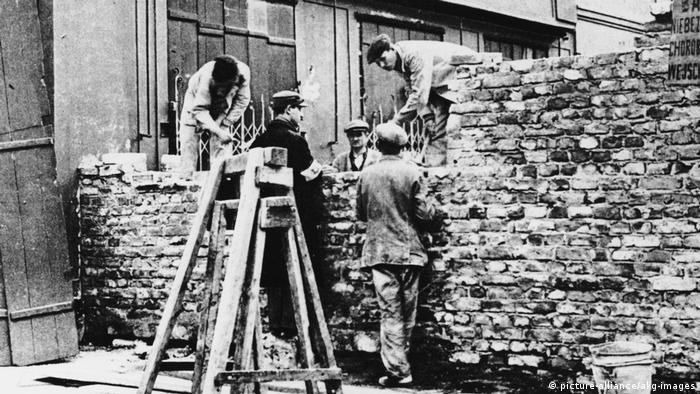 DW: The governments in Athens and Warsaw do not consider the issue of reparations to be over. What are the most significant differences in reparations policy and debt between Greece and Poland?

Karl Heinz Roth: The destruction in Poland was undoubtedly greatest where the Germans invaded with systematic planning. Under the Generalplan Ost, they wanted to Germanize Poland. The situation was different in Greece, where the Germans only sought to set up naval and air bases in Thessaloniki and Crete. They were also searching for potential collaborators on the side. The Nazis were overwhelmed by the vehemence of the [Greek] resistance and responded with senseless massacres. But [unlike in Poland] there was no planning behind their actions.

In addition, there are the figures. In Poland, 5.4 million civilians were killed by the Nazis, in Greece it was 330,000. The quantitative difference also applies to other aspects. Both Poland and Greece have suffered the fate of the so-called "little allies." They were pushed to the margins in reparations policy, the effects of which are still felt today. 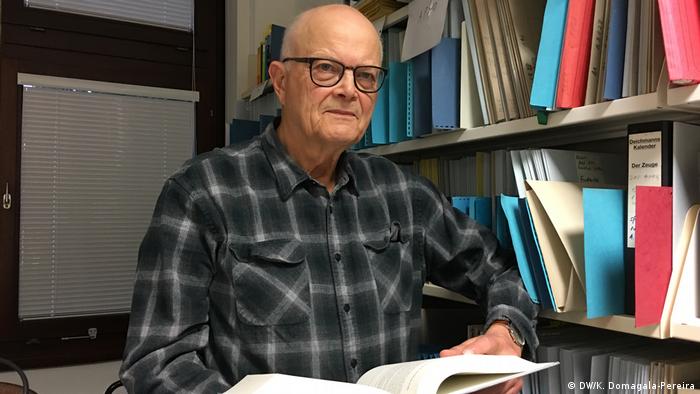 Roth has been attacked for his position on reparations

You opened your book with the topic of reparations for Greece at the beginning of the debt crisis and you posed the idea that the debt be settled in accordance with the loans forced on the Greek national bank by the Nazis during WWII. How realistic was that suggestion?

The idea had some things going for it but I have moved on. The proposal came from economists, among others, who wanted to remind Berlin of the massive debt relief [the then-German government received]. In the London Debt Agreement, over 50 percent of all the German government's debt was canceled.

Meanwhile, I have come to believe that there are different factors at play. Compensation is an ethical issue and should not be linked to current economic problems. In the new edition [of the book], I am also in discussion with economists who, when calculating their reparation debt, converted the calculated value of the destruction and humanitarian damage into a fictitious loan and then added interest. This commercializes the reparation debt. We have refrained from including interest in our own calculations. This [omission] is sometimes disadvantageous for reparation creditors, but [doing so] is indisputable.

What figures have you come to?

The basic value of all the destruction and damage from the Second World War that the Germans have to answer for amounts to nearly $500 billion in 1938 levels. That is almost €7.5 trillion today, without interest and compound interest. For Poland we anticipate $78 billion in 1938 levels. Today, that is €1 trillion. That is also the figure named by Polish politician Arkadiusz Mularczyk's parliamentary group.

In today's Greece that's the equivalent of €190 million ($217 million). Since we don't add interest, in the case of Greece, we're far below the official numbers, which add up to €380 million. It will never be possible to repay that high a debt. It will always be just about paying off a small share, perhaps one-tenth or one-fifth, as Germany is obliged to pay reparations.

The German government recognizes the moral debt for its Nazi past, but it also believes the reparation question has been adequately dealt with. Responding to the demands of one country on this issue would be like opening Pandora's box.

That box needs to be opened. Greece's and Poland's demands – they can only be the first steps in this process. There have been other countries with similar initiatives – the Czech Republic, Hungary, Italy, the former Yugoslavia. I believe we need a multilateral solution. The best option would be a joint approach by Greece, Poland, the former Yugoslavia, Italy and others, based on the 2-plus-4 agreement [which paved the way for German reunification in 1990 – the ed.].

Read more: Nazis' stolen loan from Greek bank: Will Germany pay it back?

The agreement was effectively a peace treaty that did not tackle the reparations issue – to the detriment of those countries that were not signatories of the treaty. It means the agreement is nonbinding for them, in accordance with international law, which is very clear on this and the German government knows this, too. It knows that the obligations it has do not fall under the statute of limitations and that nothing has been settled. It is all still up in the air.

Berlin fears nothing more than a joint approach by the countries mentioned above. There is even a committee for this and that's the OSCE, which has an arbitral tribunal, though it has never been called upon. Using it would have the advantage of getting non-EU countries like Belarus and Ukraine to the negotiating table.

In Poland, the debate about reparations is very emotional. What's your experience in Germany?

I've been heavily attacked and there have been denunciations. There have also been allegations at some of the meetings on our book on reparations. I've also received a lot of support at book readings but mainly, there's been silence.

Karl-Heinz Roth is a historian and physician. He works for the the Foundation for Social History of the 20th Century. He is co-author of the book "Reparationsschuld" (the obligation for reparations) that is set to be published shortly in English, Greek and Polish.

Russia continues to attack energy infrastructure in Ukraine, causing homes to lose power, heat and water. The strategy is to demoralize the people with a long winter ahead. It's a cynical tactic with a long history.

Russia bristles as OSCE convenes without Lavrov in Poland 01.12.2022

OSCE foreign ministers are meeting in Poland, which did not invite Russia's Sergey Lavrov in light of the war in Ukraine. Moscow railed against this step, Western countries argued the Kremlin only had itself to blame.

The leader of Poland's ruling party has been increasingly using anti-German rhetoric in recent months, straining the already prickly bilateral relations over the past few years.