Yemen has already been under control of outside powers and has never had total independence. Until that changes Yemen will continue to be unstable, Yemeni academic Walid al-Saqaf told DW. 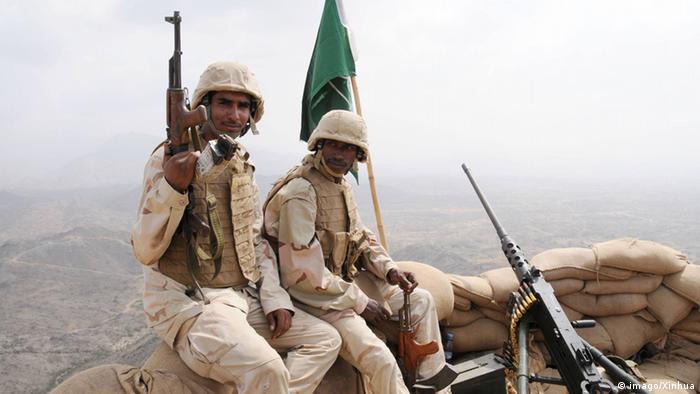 DW: In recent days we've seen major military gains by Houthi rebels from the north of Yemen allied with loyalist of former leader Ali Abdullah Saleh. How did this develop and why do these rebels have common cause with Yemen's former ruler?

Walid al-Saqaf: We need to look at how the movement developed. If we look back several years we notice that there were several wars that the Saleh regime itself had waged against the Houthis. The idea at the time was that these were militia who did not respect the rule of the law; they have ambitions to bring back the old system of government which relied on royal kingdoms and certainly not in line with democratic principles. That was the claim by the Saleh regime.

The interesting thing is that during that time the Saleh regime had been exploiting these wars to gain a lot of support, first from Saudi Arabia and the Gulf nations, and then some funding to enhance his own military. 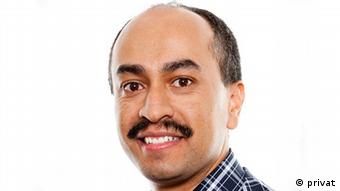 There were occasions when the war was about to finish off the Houthis, but then Saleh would retreat and let them grow back again. So that resulted in seven wars during which his own army units expanded and grew and the Houthis gained experience in war. So what happened in 2011 when Saleh left power during the Gulf Cooperation Council agreement, was that he ended up allying with his old nemesis, the Houthi rebels.

He, in fact, exploited the growth that they had been gaining over the years - and the growth of his own loyalist units - to launch a common offensive, a common front against the newly elected president. That's in a nutshell what happened.

Yemeni President Abedrabbo Mansour Hadi came to power in 2011 in what's been described as a people-driven Arab Spring-type uprising. He subsequently cultivated close relations with the United States and neighboring Gulf countries. Why has the US backed him so strongly?

I wouldn't rule out the possibility that if the Houthis had actually taken charge of the whole country and expressed some interest in supporting the US, they, the US, would do that. But obviously, since the Houthis had "Death to America" as one of their slogans, it's not compatible with how the US government would want to act when it comes to fighting terrorism. Whoever was in charge would be the entity that they would communicate to pursue anti-terrorism goals.

Iran has protested loudly against this military coalition of Arab states intervening in Yemen. Saudi Arabia - Iran's arch foe in the region - has taken the lead. What are Iran's interests in Yemen and why have they found common cause with the Houthis? 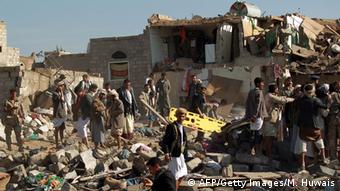 If you look into the geopolitical situation going on in the Arabian Peninsula you'll find that Syria, Lebanon, Iraq are now more or less under dominant control of Iran indirectly through the affiliates of militia and ruling governments. But in Yemen that was not the case until the Houthis took over power through an alliance with Saleh.

So it was an opportune moment for Iran to expand its influence in the south of the Arabian Peninsula. It gives them a strong point of besieging Saudis in case of a regional conflict.

And for example if it were necessary to stop the oil flow, because the Bab el-Mandeb strait in the southwest is the passage of a significant amount of the world's oil, so having a dominate role to play in Yemen would give them leverage in case of a future conflict.

So everyone is playing a game. The Iranians didn't have to invest much because the Houthis did the job for them.

This growing confrontation between Gulf countries and Iran is fueling fears that this could lead to a proxy war with Yemen as the battleground. Your thoughts?

It's already somewhat of a proxy war, but a subtle one, where support from Iran has been flowing into the country through vessels, planes and various means. Iran has been backing the Houthis for awhile now.

But what is new is that direct and immediate strikes have never taken place -- until today. So what everyone is anticipating is how strong the Iranian reaction will be.

I wouldn't expect Iran to venture into a confrontation because it has several other places where it's engaged and Yemen is rather distant. And if it loses Yemen, it hasn't lost much, but if it gains Yemen, it would gain a lot. 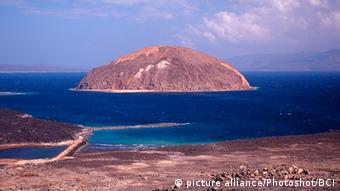 The strategically important Bab-el-Mandeb Strait at the mouth of the Red Sea is a significant bottleneck for much of the world's transported petroleum.

Washington has called Yemen a 'key ally' in its 'war on terror'. What has this meant in practice for people living in Yemen?

Yemenis have suffered a lot because of the extremely narrow focus of the US in its war on terrorism disregarding everything else, including development and democracy. So, it's really dismaying to see if it has anything to do with security and anti-terrorism, then there is a place for the US to work in Yemen, but otherwise it's not a focus or priority.

This is repeating itself right now. We see that the US has pulled out its last 100 troops from the al-Anad base where they had operations to track down military units and immediately afterwards the Houthis took over the place.

We have heard that the US has provided logistics, security and support to the Saudi strikes but again with the intention of coming back when the situation settles and go back to hunting down al-Qaeda.

So, it's really not sustainable; it doesn't appeal to the Yemeni public. The Yemenis are eager to have more of a development agenda, a stability agenda, that would address many issues, not just terrorists or radicals.

Walid al-Saqaf is a researcher at the University of Stockholm in Sweden. He is a former journalist and co-founder of Yemen Portal, an independent news aggregator that gathers information in Arabic and English about Yemen. Follow him on Twitter here..