Washington has said that Yemen continues to be an important location in counterterrorism efforts. The country, plagued by Sunni and Shiite insurgencies, has been rocked by the resignation of the president and cabinet. 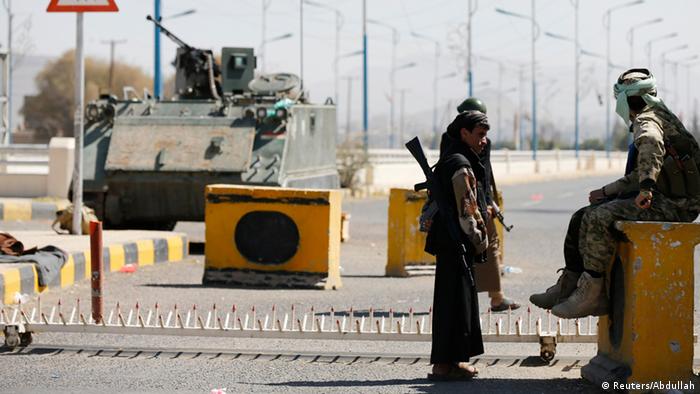 White House spokesman Josh Earnest said on Friday that the Obama administration continued to have a strong counterterrorism partnership with the national security infrastructure in Yemen after the surprise resignation by the Yemeni president and government on Thursday amid a rebel stronghold on the capital. The country's parliament had initially rejected the resignations but it is now convening over the weekend to find a solution.

The uncertainty over who would next lead the Arab country has raised concerns about the future of US anti-terrorism cooperation with Sanaa.

Thousands of pro-government and pro-rebel supporters took to the streets in multiple cities in Yemen again on Friday.

"The situation has evolved in a different manner and we decided to stay away from unconstructive policies that do not respect the rule of law," Prime Minister Khaled Baha wrote in his resignation letter. "We do not want to be a party to what is happening and what is about to happen," he said, adding that the government refused "to take responsibility for the actions of others."

The resignation of President Abd-Rabbu Mansour Hadi came as a surprise; just a day before, he said he would be willing to make concessions to demands by Shia rebel group the Houthis, which has held the capital Sanaa since September. The group had been holding him confined to his home for the past week.

UN Secretary General Ban Ki-moon, who recently called on all sides "to exercise maximum restraint and maintain peace and stability," sent envoy Jamal Benomar to Yemen, who had been scheduled to meet with Hadi just before his resignation on Thursday.

The Houthis, largely from the north of the country, have demanded a larger stake in the constitution and politics. Some have claimed the group is supported by Iran, but the group denies this. Many people in the south of the country, largely Sunni, are vehemently against the Houthis. After the announcement of the president's resignation, top officials in the southern city of Aden said they would no longer follow orders from Sanaa. They see the Houthi movement there as a coup.

The resignation of the pro-US Hadi, who is originally from the south of the country, now threatens to throw the country into further chaos, which has seen an increase in sectarian fighting since the ousting of autocratic ruler Ali Abdullah Saleh - who had been seen as a Houthi ally - in 2012.

Yemen has allowed the US to carry out drone strikes against the insurgent group al Qaeda in the Arabian Peninsula (AQAP), which claimed responsibility for the attacks in Paris earlier this month that killed 17 people.

Oxfam recently warned: "A humanitarian crisis of extreme proportions is at risk of unfolding in the country if instability continues."

The chaos in Yemen is now increasingly threatening the stability of Saudi Arabia, especially after the death of King Abdullah early Friday. The neighboring kingdom secured its borders with Yemen several months ago, as it felt threatened by two groups: the Houthis, who have family ties with the Shiites in Saudi Arabia, and the militants of the terrorist organization AQAP, considered one of the strongest and most modern groups in the international al Qaeda network.

"Their greatest worry is what's going on in Yemen, which is very much in their backyard," Simon Henderson, director of the Gulf and Energy Policy Program at The Washington Institute told the Associated Press.

Rebels fighting the army at the presidential Palace; a sudden ceasefire deal; a state-TV takeover with a view to a coup? Conflicting reports out of Yemen tell only one sure story: the situation in Sanaa has deteriorated. (19.01.2015)

Yemeni soldiers and Houthi rebels, already in control of much of the country, have traded fire outside the presidential palace in Sanaa. It was not immediately clear whether President Abed Rabbo Mansour Hadi was inside. (19.01.2015)

Shiite Houthi rebels have attacked the seat of the Yemeni government in Sanaa. The clashes threaten to plunge not only Yemen, but the whole region into chaos. Even Europe could be affected by ongoing unrest in Yemen. (21.01.2015)