Chinese President Xi Jinping's South Korea visit sends out a number of messages not only to North Korea but also to Japan and the US, analyst Aidan Foster-Carter tells DW. 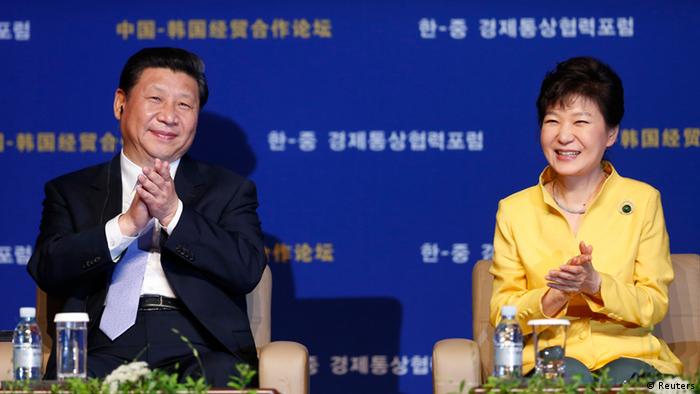 In many ways, the China-South Korea summit on July 3 was remarkable. In an unprecedented move, Chinese President Xi Jinping decided to meet South Korean President Park Geun-hye in an apparent snub to North Korean leader Kim Jong Un. Since 1992, Chinese leaders have preferred Pyongyang over Seoul for their first official stop in the Korean Peninsula.

Moreover, new developments in East Asia are drawing Beijing and Seoul closer together. Both governments are wary of Japan's military ambitions and want to strengthen ties. Given that economic interests have long defined the two countries' relations, Xi and Park aim to wrap up a free trade agreement by the end of the year.

In a DW interview, Aidan Foster-Carter, an honorary research fellow in Sociology and Modern Korea at Leeds University in the UK, talks about the significance of Xi's South Korea visit and the messages the two leaders sent out to North Korea and the rest of the world. 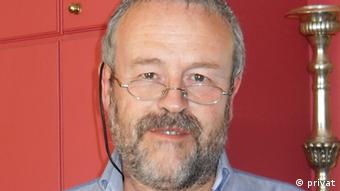 DW: For the first time in more than two decades a Chinese president chose Seoul as his first official destination on the Korean Peninsula and not Pyongyang. Why?

Aidan Foster-Carter: I think it would be a mistake to think Xi's visit was mainly about North Korea. We must remember that Seoul and Beijing have built good relations over the past twenty years irrespective of China's ties with Pyongyang. Their bilateral trade has increased manifold. So, there are plenty of things that are not related to North Korea when we talk about Sino-South Korean ties.

But it is true that China is angry with North Korea for being disobedient and insisting on conducting nuclear tests. That is why the Chinese leadership sees no good reason to go to North Korea or invite North Korean leader Kim Jong Un to their country. On the contrary, Xi gets along very well with Park.

Is this a sign of North Korea's growing diplomatic isolation?

Chinese President Xi Jinping has met with his South Korean counterpart for talks, seen by some as a snub to China's long-standing ally North Korea. Pyongyang staged a series of rocket tests in the run up to the meeting. (03.07.2014)

Yes, but we must also keep in mind what is happening in China. Beijing will be hosting the latest round of talks between North Korea and Japan. It is quite a surprising breakthrough. Japanese Prime Minister Shinzo Abe's conservative government has announced that Tokyo is lifting some sanctions on North Korea.

Of course, Pyongyang risks isolation, but it is certainly not an absolute isolation. North Koreans are quite clever in finding new ways to turn things around.

But there are some underlying economic realities that can't be ignored. China is North Korea's largest trade partner and supports it politically. At the same time, China has strong commercial ties with both Koreas, and that won't change. Both Beijing and Pyongyang are unhappy with each other but North Korea certainly knows how dependent it is on China. An all-out rift between the two communist nations is unthinkable.

Xi and Park talked about Pyongyang's nuclear ambitions. What was their core message?

They did not give out one clear message - there were subtle differences in their choice of words. Park talked about "North Korea's nuclear problem," whereas Xi emphasized the "denuclearization of the peninsula." Of course, Seoul does not have nuclear weapons anymore, so you might say this is about semantics, but semantics are important in politics. China wants to sound neutral in the Korean conflict. 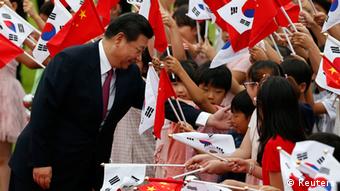 "China has strong commercial ties with both Koreas, and that won't change," says Foster-Carter

As far as the China-South Korea business relations are concerned, a free trade agreement (FTA), which has been under negotiation for some time, will be wrapped up by the end of this year. The already huge bilateral trade of over 200 billion USD per year will get even bigger.

What message did Xi and Park send out to Japan and the US?

It is interesting to see how far South Korea can go with its acrimony with Japan. At the end of the day, Japan and South Korea are both US allies in the region; they are both OECD member states, have market economies with Asian characteristics, and they rely on a free trading area.

Ideally, a more forward-looking South Korea should understand that Japan's moves are purely defense-based, and that it does not need to fear anything. I think both Seoul and Tokyo are making a big fuss about it. And all this is bothersome for the US, which would like its two allies to get along well. I am quite sure that president Park will come under a lot of diplomatic pressure from the Americans to not go too far with China.

Aidan Foster-Carter is an honorary research fellow in Sociology and Modern Korea at Leeds University.