WWII deserters upset as exhibition focuses on East Germany | Germany| News and in-depth reporting from Berlin and beyond | DW | 07.04.2017

A military justice exhibition in Torgau has attracted outrage for devoting more space to victims of the communist dictatorship than the Nazi regime. German WWII deserters have often been the Nazis' forgotten victims. 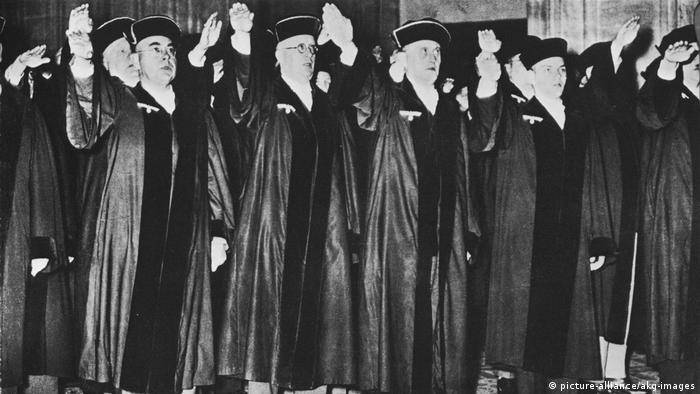 An exhibition about injustice in Germany's dictatorships is under fire for under-representing the victims of the Nazi military justice system in favor of victims of the communist East German regime.

The exhibition is in a castle in the eastern German town of Torgau, where the German military, then called the Wehrmacht, moved its main court in 1943, and where it maintained the country's largest military prison at Fort Zinna. Thousands of German deserters and other victims were sentenced, imprisoned and executed there during the war, and it often took decades for their criminal records to be cleared.

After World War II, Torgau was home to a Soviet military tribunal as well as prison camps used by the Soviet secret police until 1949, when it was taken over by the East German People's Police.

Two-thirds of the space in the exhibition is devoted to the post-war Communist oppression, while only a third tells the story of the Nazi regime's brutal military justice.

According to the German society of the victims of Nazi military justice, that means the exhibition not only omits important aspects of the story, it also reneges on an agreement made with the Saxony state memorial foundation, which promised the exhibition would focus on the Nazi period, and breaches the federal government's policy for remembering those victims. 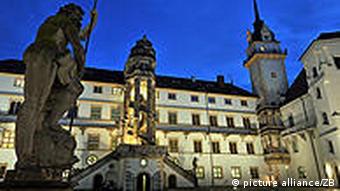 The permanent exhibition is located in Hartenfels Castle, Torgau

"The Nazi military judiciary handed down 30,000 death sentences during World War II, of which more than 20,000 were carried out," said Rolf Surmann of the NS military justice victims society. "It was an exceptionally cruel judiciary. But certain parts of the exhibition are not being presented - such as the portraits of the Luxembourg citizens who were conscripted to the Wehrmacht, refused to serve, and were shot in Torgau."

The injustice continued after the war. A few history books have been written about how the post-war judiciary, both in East and West Germany, failed to pursue Holocaust crimes and protected former Nazi judges who had persecuted opponents of the Nazi regime. This entire aspect of the story, Surmann said, has also been erased from the exhibition.

The Saxony memorials foundation, which did not respond to a DW request for comment, has run into trouble before: In 2004, organizations representing victims of the Nazi regime (including the Central Council of Jews in Germany) withdrew their cooperation with Saxony because of state laws that memorialized all the victims of German dictatorships in equal terms.

This was resolved with an agreement in 2011, but the association says the new exhibition shows the Saxony foundation is failing to hold up its end of the deal. "The concept was never realized, that's the basic problem," Surmann told DW.

"This is unacceptable - we fear that by the time an adequate exhibition has been presented, none of the victims we represent will still be alive," said Surmann. 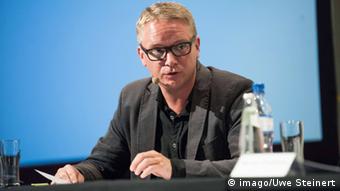 Deserters from Germany's World War II military have traditionally faced significant prejudice among Adolf Hitler's victims. "The victims of the Nazi military judiciary have often had it difficult throughout Germany, not just in Saxony," said Jost Rebentisch, director of the national association for all victims of National Socialism. "Their rehabilitation is a very sad story - it took until the end of the 90s, and even then it only came against considerable resistance. For many in conservative circles, deserters from the Wehrmacht are still traitors. I think that's still a widely-held view."

"It is right and important that the German government's memorial concept sees Torgau as being central to remembering this group of victims," Rebentisch told DW. "There should be a focus on them. The fact that this wasn't done really is sad. Torgau is often associated with the Nazi military court - so the memorial there has to focus on that."

Some German politicians, meanwhile, have criticized the government for allowing Saxony to get away with its own memorial policy and supplying federal funds without demanding any changes to the exhibition. "The fact that in the center of the National Socialist military justice there is still no worthy exhibition about the function of NS military justice, its victims, and its victims' struggle for rehabilitation after the end of World War II is scandalous," said Jan Korte, deputy parliamentary leader of the Left party.

"The federal government could have used its many control possibilities within the Saxony memorials foundation years ago," Korte told DW in an email. "Through its inactivity, the government is protecting the scandalous position of the foundation towards the victims of NS military justice."

Are Germans proud of their history?

At the Haus der Geschichte museum in Bonn, a young Iraqi learns about German history, in particular the years of the Nazi dictatorship. Hayder al-Maliki found that Germans can be ambivalent about their country's past. (26.03.2017)

Reinhard Strecker faced slander and death threats after his 1959 exhibition exposed the Nazi past of dozens of post-war German judges. Ben Knight reports from a discussion in his honor at the Justice Ministry in Berlin. (08.10.2015)