The World Trade Organization has forecast strong global trade growth this year but has warned that any further escalation in trade tensions between the United States and China could compromise those gains. 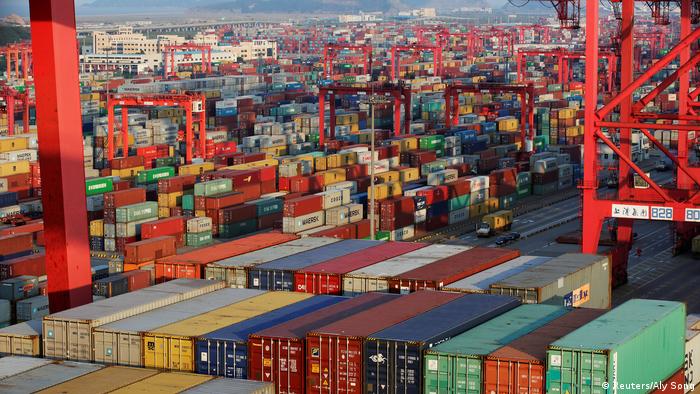 The world trade in goods would grow 4.4 percent this year, above the post-financial-crisis average of 3 percent, the World Trade Organization said in its annual forecast on Thursday.

But the global recovery might falter as a result of tit-for-tat restrictive trade measures, notably between the US and China.

"This important progress could be quickly undermined if governments resort to restrictive trade policies, especially in a tit-for-tat process that could lead to an unmanageable escalation," WTO Director-General Roberto Azevedo said in a statement.

"A cycle of retaliation is the last thing the world economy needs." 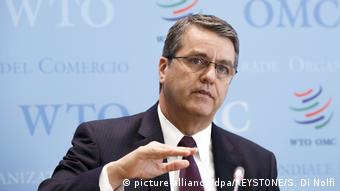 Last month, US President Donald Trump unveiled plans for tariffs on steel and aluminum imports from countries such as China. Trump followed it up with a proposal to impose punitive tariffs targeting $50 billion (€40.6 billion) worth of Chinese goods.

China responded by imposing its own tariffs on US goods and warned that it was ready to take further reciprocal measures if the US carried on with its protectionist policy.

The WTO expects trade growth to slightly ease in 2019 to 4 percent.

"These forecasts do not, and I repeat, they do not factor in the possibility of a dramatic escalation of trade restrictions," Azevedo told a news conference.

"It is not possible to accurately map out the effects of a major escalation, but clearly they could be serious," he said. "Poorer countries would stand to lose the most."

International Monetary Fund (IMF) Managing Director Christine Lagarde believes China's "Belt and Road" is a good idea, but she also warned about saddling countries involved in the project with too much debt. (12.04.2018)

At a key business forum, China's president has promised to lower tariffs on vehicle imports and strengthen intellectual property rights. The pledges came as the Asian nation tried to defuse a trade spat with the US. (10.04.2018)