The proposed measures follow a similar US list of $50 billion worth of Chinese imports that could be subject to tariffs. China's list includes 106 items that could be slapped with additional 25 percent import fees. 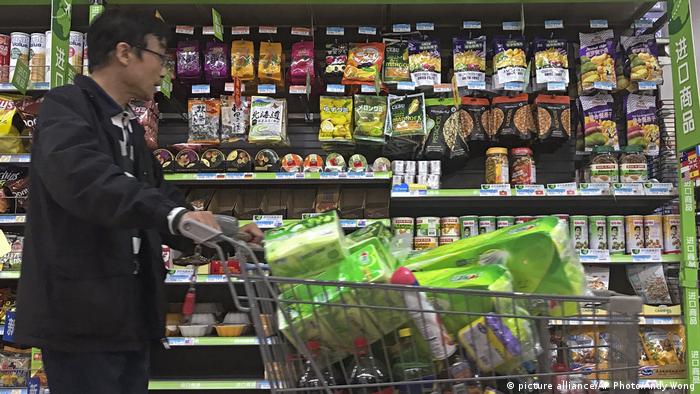 China on Wednesday responded to the Trump administration's planned tariffs on $50 billion worth of Chinese products with proposed tariff increases for goods including soybeans, planes, cars, frozen beef, cotton and chemicals.

China's Commerce and Finance ministries announced that Beijing's list of 25 percent additional tariffs on US goods covered 106 items with a trade value matching the $50 billion figure.

The move by China is the latest in ongoing tit-for-tat measures between the countries.

The announcement came after the US published a list of $50-billion worth of Chinese imports that could have tariffs imposed on them.

The US is the second-biggest soybean supplier, after Brazil, to China, which is the world's largest consumer of soybeans.

The US exports 62 percent of its soybeans and 25 percent of Boeing aircraft to China, according to the Chinese Foreign Ministry.

The China director of the US Soybean Export Council said China's proposed tariffs on soybeans from the US was "regrettable" and "won't solve the trade imbalance."

Chinese authorities had warned the US it would respond with the "same strength" after the US issued its list in response to China's intellectual property practices, the USTR said.

The Chinese tax agency said the date the tariff increases might take effect would be announced later depending on what the US government decides regarding their own list of proposed tariffs.

The list of 1,300 products published by the US Trade Representative (USTR) is to undergo further review over the next 60 days before a final decision is made on which of them, if any, will be subject to the additional 25-per-cent tariffs.

From the standpoint of Asian nations, 2017 clearly marks the decline of the United States as the world's preeminent power — and the unstoppable rise of China as a global superpower, says DW's Alexander Freund. (25.12.2017)