From punishing dissent to violence against journalists, the 2019 State of Civil Society report paints a dismal picture of the world. But the NGOs say the harder they are attacked, the harder they will fight back. 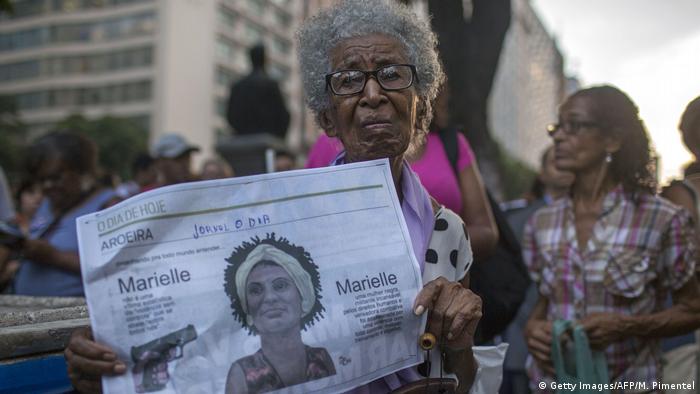 People who rescue refugees at sea in the Mediterranean are branded human traffickers, in Kyrgyzstan critics of the government are accused of violating the "honor of the president" and in Mexico a journalist is attacked every 16 hours — that's according to the State of Civil Society 2019 study presented on Wednesday in Berlin.

The report draws on data collected by the Johannesburg-based CIVICUS World Alliance for Citizen Participation, which was founded in 1993. The data show a worldwide trend reversal: In many countries, appreciation of nongovernmental organizations (NGOs) as partners for human rights has turned into skepticism and even open rejection.

"The situation has worsened because there are two more countries in the 'closed' category: Azerbaijan and the Central African Republic," said Anne Dreyer, a spokeswoman for Bread for the World, a German Protestant Church relief agency. "The trend to cut back the scope of action of civil societies is also increasingly arriving in Europe." 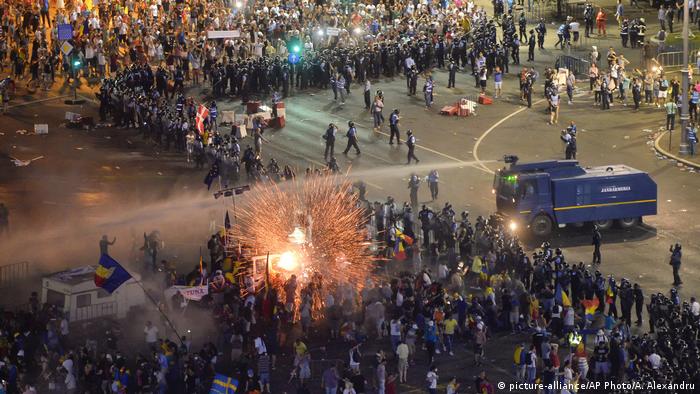 Romania, which was listed as 'narrowed,' saw mass protests against corruption in 2018

Bread for the World, one of 4,000 CIVICUS members, is presenting the State of Civil Society 2019 report for the second time in Germany.

The study divides societies into five categories: Open, repressed, obstructed, narrowed and closed. The 45 countries with unrestricted freedom of expression, including Germany and Canada, are considered "open" societies. Albania and Romania are among the 40 "narrowed" societies that have freedom of the press but where political pressure and strict regulation limit that freedom.

Is human rights a bad word?

The change in attitude toward NGOs is noticeable, said Camila Asano, a Brazilian human rights activist from the Sao Paulo-based NGO Conectas. She was publicly insulted more than once during the 2018 presidential election campaign in Brazil. Critics said people who stand up for human rights protect the criminals but overlook the victims, she told the audience during an event at the Friedrich Ebert Foundation in Berlin. 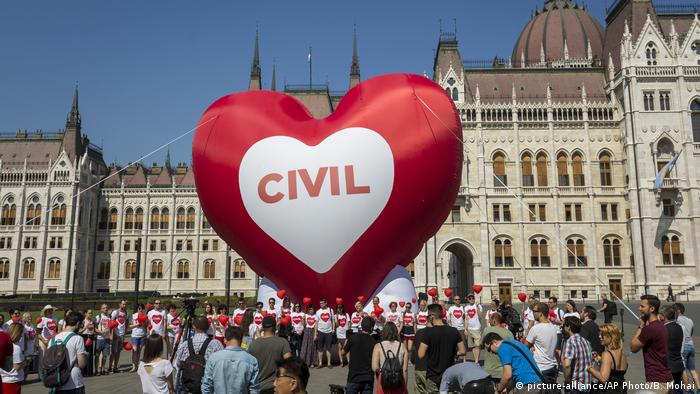 In June 2018 Hungarians protested against the country's 'Stop Soros' laws

People who represent civil society are increasingly in danger, not only in Latin America, Africa and Asia, but also in Europe. Hungary's "Stop Soros" laws restrict NGOs' abilities to help refugees with their asylum claims and complicate financial support from abroad. The report downgraded Italy to "obstructed" after the electoral victories of the far-right Lega party, as it did Austria, where the far-right Freedom Party of Austria (FPÖ) is part of the government.

But the fiercer the attacks are on civil society, the more impressively it seems to fight back. Hundreds of thousands of people took to the streets to protest corruption in Romania last year, and in South Korea, mass protests swept President Park Geun-hye out of office on corruption charges in 2016. The study also serves as a reminder of the #metoo movement that encouraged millions of women to defend themselves against sexual harassment.

The report wants to draw attention to the fact that civil society can stand up for itself, Anne Dreyer said, pointing out that it shows progress is possible. In 2019 for example, Ethiopia and Somalia are no longer considered "closed" but "repressed," while Taiwan rose to the category of "open" society.