Hungary: Europe′s champion of conspiracy theories | Europe | News and current affairs from around the continent | DW | 11.12.2018

Conspiracy theories are gaining a lot of traction in enlightened, democratic societies. The phenomenon is finding many adherents in Europe, specifically Hungary, as political scientist Peter Kreko tells DW. 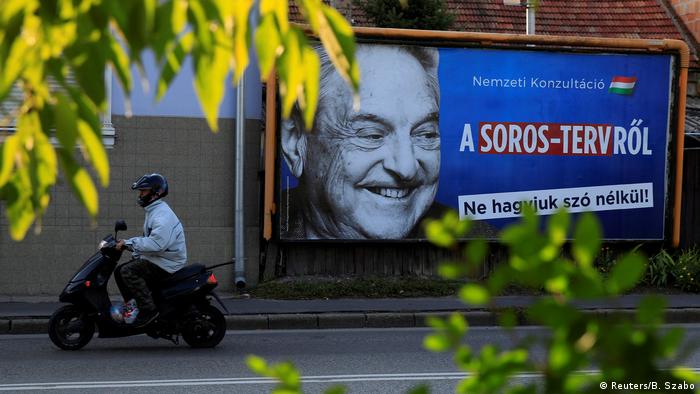 DW: Conspiracy theories are a bit of a niche in terms of research. How did you come to study them?

Peter Kreko: I have been researching them for years but have been doing so with greater intensity since the advent of the 2015 refugee crisis. Since then, conspiracy theories have become very influential in Hungarian politics, even establishing themselves as an official element of government policy. That is clearly illustrated in our opinion polling: 51 percent of those people we spoke with are convinced that US investment billionaire George Soros, a Hungarian-born Jew, has a plan to bring masses of refugees to Europe. That is something the Hungarian government has been officially propagating for years.

The Orban administration has invested a lot of money and energy into disseminating that theory over the past three years. So, would you say it has been successful?

Yes, because that theory has even found adherents among the country's opposition parties. Another example is the claim that Muslims have a secret plan to occupy Europe and slowly subject us to their culture. That, too, is something that many people who did not vote for Orban nevertheless believe.

Did you expect the answers you got or were there some surprises?

Anti-Semitic conspiracy theories are more prevalent in Hungary than we thought. That was a bit of a surprise to us. For instance, 44 percent of respondents agreed with the statement: "Jews want to rule the world." Moreover, 49 percent agreed that Jews want to take control of the world's financial institutions.

Just how dangerous are the results of your findings regarding anti-Semitic conspiracy theories?

Right now, Hungarian anti-Semitism is a dog that is barking very loudly but rarely bites. There have been very few anti-Semitic attacks in the country. Still, I would like to point out one aspect of our polling: Anti-Muslim attitudes and the prevailing mood against Soros have given rise to an anti-Semitic wave in Hungary. We were indeed able to show a correlation between the two. That means that when a conspiracy theory spreads it also creates other, perhaps unintended hate narratives in its wake.

You claim that the media landscape in Hungary as well as the official dissemination of conspiracy theories leads more people to believe them. Are there other factors as well? 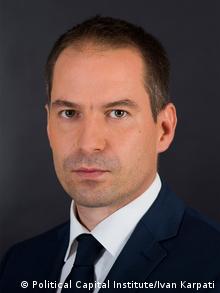 Yes, societal polarization plays a major role as well. We call it tribalism. By the way, that is not a label that only applies to Hungary but rather to Europe in general. What we are talking about is a political style that appears like an existential life and death struggle. In an atmosphere like this the most horrific claims about political opponents seem plausible. Of course, such tribalism has it easy in an "illiberal" system such as Hungary's, but the phenomenon isn't a uniquely Hungarian problem. One outside example is the fact that almost half of US Republicans believe that Hillary Clinton operates a pedophile network.

So when it comes to conspiracy theories in the European or Western context, Hungary is no exception?

No, what we are seeing is a general phenomenon. Hungary may stick out but conspiracy theories are gaining traction all across the globe. That has a lot to do with the prevailing mood of the day, which shows how little trust people have in international institutions and how changes in our world lead people to believe the craziest theories about their causes. We are dealing with a global crisis of confidence.

Does belief in such conspiracy theories have real-world consequences? Can ideas evolve into violence when they captivate the masses?

First of all, conspiracy theories can pose a direct threat to minorities within society — that is clearly seen by looking at history. But they can also give rise to other moods that endanger society: Just look at conspiracy theories about vaccinations and the growing number of parents who are unwilling to have their children vaccinated. That is not some stupid, harmless claim but rather something that has serious consequences for society as a whole.

The big problem is with countries that have made conspiracy theories part of official government policy, such as Hungary, Italy or Brazil. Very detrimental processes can evolve in such countries. And one can also clearly see that it is much easier to create acceptance for such theories than it is to disprove them intellectually.

Peter Kreko studied political science and social psychology in Budapest. His doctoral dissertation was an analysis of the socio-psychological implications of conspiracy theories. Kreko is acknowledged throughout Europe as an expert in the field. Beyond those studies, he primarily conducts research on Russian influence in Western Europe and how that influence is tied to populism and radicalism. He has been the director of the political research institute Political Capital since 2011.