International leaders have condemned the Paris terror attacks and pledged solidarity with the French people. Many have offered help to the French authorities. 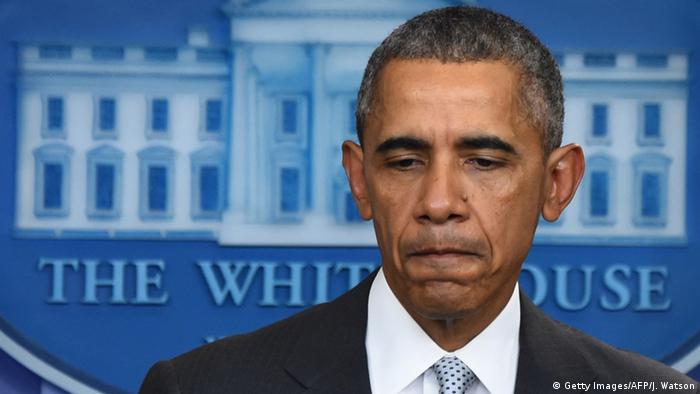 "Once again we've seen an outrageous attempt to terrorize innocent civilians," said US President Barack Obama at the White House on Friday. "We stand prepared and ready to provide whatever assistance that the government and the people of France need.

"We are reminded in this time of tragedy that the bonds of liberte, egalite, fraternite, are not just the values French people share, but we share," Obama added, citing France's national motto. "Those go far beyond any act of terrorism or the hateful vision of those who perpetrated the crimes this evening."

German Chancellor Angela Merkel said she is "deeply shaken by the news and pictures that are reaching us from Paris." The German leader issued a statement, saying her thoughts were with the victims "of the apparent terrorist attack."

German Foreign Minister Frank-Walter Steinmeier, who watched the first half of the soccer match between France and Germany in Paris, was shocked and dismayed by the events. "We stand side by side with France," he said.

German Interior Minister Thomas de Maiziere said he was "in close contact with [his] French colleague" and offered support from German special forces.

In Berlin on an official visit, Australian Prime Minister Malcolm Turnbull said his country stands "shoulder to shoulder with the people of France and with all free peoples in the battle against terrorism."

On Twitter, Canadian Prime Minister Justin Trudeau said he was "shocked and saddened" by the attacks.

Russian President Vladimir Putin sent his deep condolences to Hollande and all the people of France following the "horrible terrorist attacks in Paris," the Kremlin said in a statement.

"Russia strongly condemns this inhumane killing and is ready to provide any and all assistance to investigate these terrorist crimes."

Writing on Twitter, British Prime Minister David Cameron said the UK would do "whatever we can to help."

In Brussels, the leaders of European Union institutions, which have been trying to coordinate security responses since the Islamist attacks in Paris in January, also condemned the attacks.

"I am confident the authorities and the French people will overcome this new trial," said European Commission President Jean-Claude Juncker.

Iranian President Hassan Rouhani, who was scheduled to visit Italy and France this weekend, cancelled his trip and called the attacks "crimes against humanity."

"In the name of the Iranian people, who have themselves been victims of terrorism, I strongly condemn these crimes against humanity and offer my condolences to the grieving French people and government," Rouhani wrote to Hollande.

The Western defense alliance NATO said it stood with France, a founding member. "I am deeply shocked by the horrific terrorist attacks across Paris tonight. My thoughts are with the families of the victims, with all those affected, and with the people of France," said Secretary-General Jens Stoltenberg.

"We stand strong and united in the fight against terrorism. Terrorism will never defeat democracy."