Women refugees face difficult path to integration in Germany | Germany | News and in-depth reporting from Berlin and beyond | DW | 19.09.2017

Almost one-third of all refugees in Germany are women. However, they receive little attention in the debate on integration, which makes settling into the country all the more difficult. 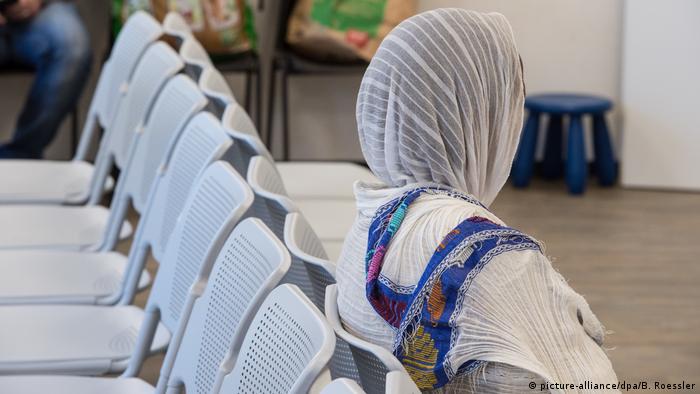 Two out of every three refugees in Germany are male. In most cases they are under 30 and traveling alone. If they have a good chance of being granted asylum, they can sign up for an integration course where they can learn German and be introduced to life in their new country. They learn how to apply for jobs and receive advice on getting an education and finding an apartment. Generally, these men are flexible and have a lot of free time.

The situation is quite different for female refugees. The majority have children and many have come to Germany to join family already in the country. Besides war and terrorism, many are fleeing sexual violence, forced marriage and so-called honor killings. The percentage of female refugees in Germany is growing: In 2015, they made up some 30 percent of all asylum applicants. This year, according to statistics compiled by the Federal Office for Migration and Refugees (BAMF), they make up almost 40 percent.

Safe accommodations, educational opportunities and social engagement are all difficult for these women to find. Germany's federal integration commissioner has announced that support for "refugees deserving special protection" will be one of the government's main focuses – some 5 million euros ($6 million) have been appropriated for the empowerment female refugees in 2017 alone. 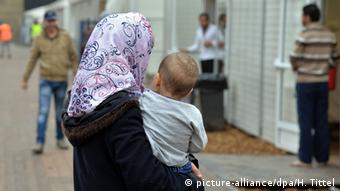 Still, women's rights organizations say there is a lack of safe accommodation for those seeking protection in Germany. Jessica Mosbahi, a consultant for human rights and policy at the organization medica mondiale e.V., was critical of the fact that men and women are often forced to share tight quarters. She told DW that refugee accommodations rarely had gender-separated sleeping and sanitary areas.

"Many female refugees are permanently exposed to sexual violence, either at the hands of other refugees or by employees at the facilities," Mosbahi said. Such facilities, she explained, quickly become areas of "lawlessness," as they exist largely beyond the purview of police. Women do not feel comfortable addressing issues like sexual violence in such situations – they fear it may put their asylum status at risk. In light of the current situation, Mosbahi is calling for measures designed to protect women from violence – such as setting up complaint offices, training employees and establishing safe zones. Some of these do actually exist in individual refugee centers, but as yet there are no federal guidelines regulating state or municipal operations.

All in all, that translates into very poor opportunities for a fresh start in Germany. Behshid Najafi from the information and counseling office for female immigrants and refugees at agisra e.V. says that safe accommodations after the clarification of right to residency status in Germany is the foundation for successful integration. She says the next most important issue is that of healthcare. A study released in March by Berlin's Charité hospital found that female refugees were not being adequately provided for, especially when it came to trauma therapy. Often times such therapy is doomed to failure due to a lack of language skills. Najafi says she has seen no signs of improvement in this area. 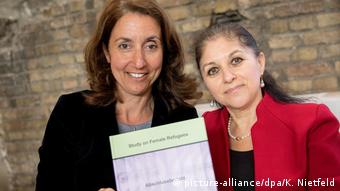 No integration courses without childcare

Childcare is another issue. Without it, any hope of being able to attend integration courses, and thereby attain language skills, slips away. BAMF only began offering childcare services in March. This is likely also the reason that women make up such a small percentage of those refugees participating in integration courses. Yet women lack neither motivation nor qualifications when compared to their male counterparts, says Zerrin Salikutluk, a researcher at the Berlin Institute for Integration and Migration (BIM) at Humboldt University. She uses the example of education, saying that the differences are not nearly as great as one might think, and the slightly lower education levels that most women have should not keep them from entering the job market.

Further, women are often highly motivated: According to a representative survey conducted by the Research Institute for the Federal Employment Agency (IAB), BAMF and the Socio-Economic Panel (SOEP), some 85 percent of women who arrived in Germany between 2013 and 2016 plan on working in the future. "That motivation is something that absolutely has to be taken advantage of," said Salikutluk. But for that to happen it is crucial to offer a path forward for those women: Healthcare such as trauma therapy, safe accommodation and childcare are basic needs that must be provided for before they can attend language courses and eventually enter the workforce. 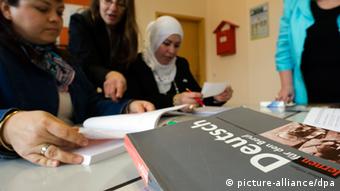 The introduction of special integration courses for women as well as childcare offered during class time shows that BAMF is beginning to address some of those issues. But immigration researchers say these steps should have been taken much earlier. One problem that has caused delays has been the lack of comprehensive information about female refugees – far too little is known about them. Jessica Mosbahi of medica mondiale e.V. sees that as a missed opportunity. She says that not only do these women's problems deserve attention, their skills and abilities do too. When it comes to the integration process, she says, those are incalculably precious.