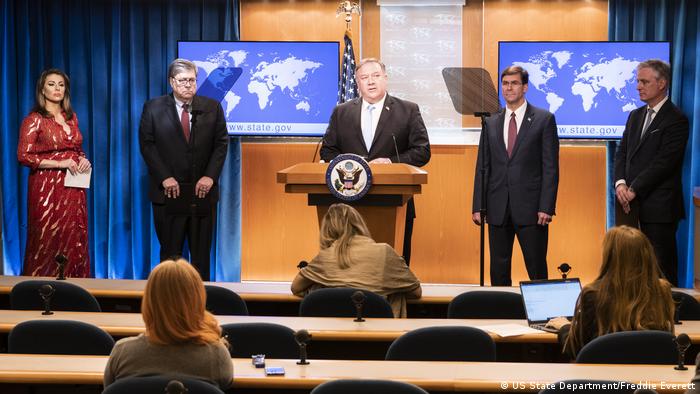 "I have a message to many close allies around the world," Secretary of State Mike Pompeo said as he announced the United States' executive order authorizing visa bans and asset freezes on ICC officials and anyone cooperating with the body on a probe into possible war crimes committed during the Afghan war. Pompeo suggested military personnel who have served honorably in Afghanistan "taking down terrorists" could be vacationing in Europe with their families and suddenly be thrown behind bars "all on the initiative of some prosecutor in the Netherlands."

The Hague-based ICC, to which the US does not belong but Afghanistan does, is investigating alleged war crimes committed largely by the Taliban and Afghan national security forces, but American personnel are accused of illegally abusing people held in secret "black sites" in Lithuania, Poland and Romania, as well as in Afghanistan.

"Your people could be next," Pompeo warned allies, "especially those from NATO countries who fought terrorism in Afghanistan right alongside of us."

US Secretary of State Mike Pompeo lashes out at ICC, calling it 'a kangaroo court'.

Despite the dramatic delivery, so far allies are not buying it, and are shooting back at Washington, not the court.

France announced it had "taken note with dismay" of the US view, urging Washington to reconsider and withdraw the threat. Stef Block, the foreign minister of the Netherlands, the seat of the court, said he was "very disturbed," adding he hopes the US won't go ahead with the sanctions.

Kip Hale, an American attorney now based in Europe investigating atrocity crimes, helped launch the American Bar Association's ICC Project, which since 2011 has tried to facilitate communication and cooperation between the two sides. Despite many disappointments in the US approach to the ICC, Hale says he never could have imagined this situation.

"I have never been so embarrassed to be an American in this field," he told DW. "Never once did I think my government would actively and overtly work against the promotion of international criminal justice."

When the Trump administration announced it was going to cancel the visa of ICC Chief Prosecutor Fatou Bensouda last year for opening this probe, it followed through with it. But, having watched the rollout of these threatened sanctions, Hale believes this time it may be "more bark than bite," in part because of the administration's own presentation. 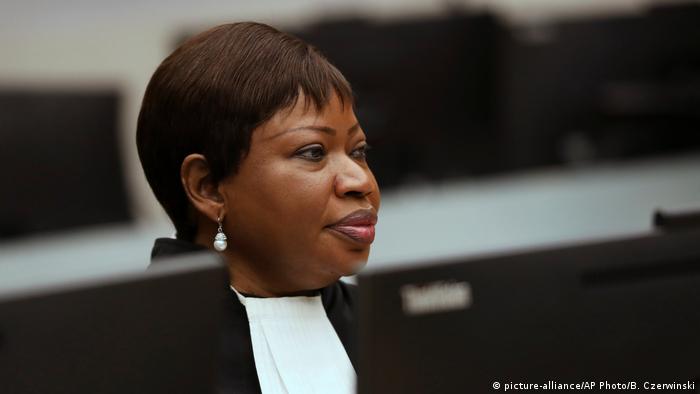 ICC Chief Prosecutor Fatou Bensouda had her US visa revoked

Pompeo was flanked by Attorney General Bill Barr, even Secretary of Defense Mark Esper, but Treasury Secretary Steven Mnuchin wasn't there, Hale notes, and that's who's responsible for carrying out the sanctions.

"They're announcing measures and the enforcement arm of these measures doesn't show?" he pointed out. "There has been no press release, nothing out of the Treasury to indicate that they're supportive of this. So that's interesting."

Hale says the presence of Attorney General Barr was "pure bluster" on the administration's part, because the "Department of Justice is not a part of this executive order."

That said, Hale acknowledges if Washington really implements this to the fullest extent it threatens, targeting even family members of lawyers or NGOs working with alleged victims, "it could have a chilling effect." But, underscoring this measure was likely taken primarily to score political points with Trump voters, he says it's just as important to consider the measures the US didn't take, such as imposing direct sanctions on countries that are ICC members or conditioning military aid on certain actions being taken against the ICC. 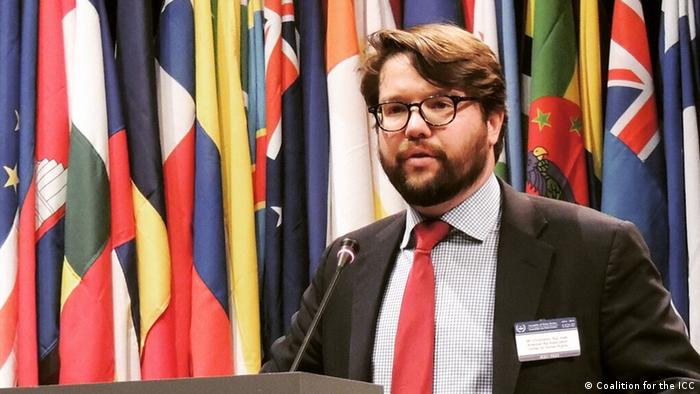 However, former US Ambassador-at-large for War Crimes Issues David Sheffer lays out how the order, which he says "will go down in history as a shameful act of fear and retreat from the rule of law," is already a practical problem politically. Sheffer represented the US in signing the Rome Statute creating the ICC on December 31, 2000, though Washington decided later not to join.

Read more: How does the ICC answer criticism that it's illegitimate?

Sheffer says the American action comes down to declaring that "US forces and intelligence personnel can commit atrocity crimes inside any of the 123 state parties of the Rome Statute ... without accountability before the ICC."

Though Lithuania, Poland and Romania have not been eager to address their own involvement in hosting the black sites, Sheffer notes now they'll additionally "be under pressure to applaud" the administration's position, and to "acquiesce at least as a theoretical matter" to any non-ICC member country "committing atrocity crimes on their soil without recourse to international justice."

Sheffer says regimes such as Myanmar, Syria and Russia will take heart from the US attack on the court but Hale suggests it could also backfire on Washington, as US opposition has actually fueled support for the court before.

Marcel Dirsus, a security expert working with the Konrad-Adenauer-Stiftung and the Institute for Security Policy at Kiel University, notes this is just one more act destabilizing the trans-Atlantic relationship. "While American hostility towards the ICC is not new, this will be yet another reminder to Europeans that the Trump administration sees the world very differently," he told DW.

"This wouldn't be overly problematic by itself but many Europeans already feel that they have less and less in common with their allies across the pond."

EU foreign ministers have the opportunity to raise their objections Monday in a virtual meeting with their US counterpart, Mike Pompeo. But will they? "I'd hope so," Kip Hale said. "They better push hard."