Poland's ruling party is driving ahead with a plan to hold an election by mail for the first time, overriding calls to delay the May 10 presidential vote with the country in lockdown. What will it mean for the economy? 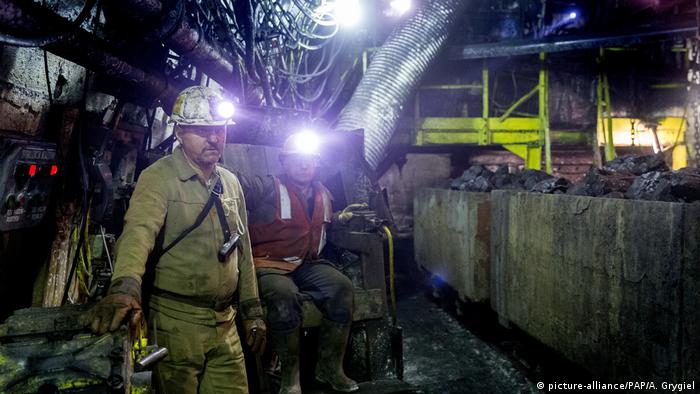 A victory for PiS-backed Duda would give the government a three-year run without national elections to continue its program of radical state reconstruction. The latest figures predict Duda winning in the first round with almost 55% of the vote.

But as banks brace for a shock as the COVID-19 crisis pushes the country toward its first recession in 30 years, many question the motivation of the ruling party and worry about the economic consequences of pushing ahead with an election that many say will be illegitimate.

"It really depends on how investors believe going ahead will impact Poland's political stability and the stability of the country's state institutions," Sussex University professor Aleks Szczerbiak said. "In the unlikely event that Duda were to lose the election then this would, of course, risk considerable political instability," Szczerbiak noted.

Given PiS lacks the three-fifths legislative majority needed to overturn a presidential veto, a Duda defeat would be a disaster for PiS, hampering its ability to govern effectively and possibly precipitating an early parliamentary election.

"More realistically, even if he were to win, but if the election were to be tarnished by very low turnout and the main opposition candidates boycotted it or otherwise questioned its legitimacy (and particularly if they were supported by international actors such as the EU political establishment), this could also have serious implications for political instability, both in the short- and medium-term."

"Similarly, if pushing ahead with the election were to create tensions within the governing camp that were to lead to its decomposition (and loss of parliamentary majority), or even collapse of the government, this would also have a very destabilizing effect,” Szczerbiak said.

Ryszard Piotrowski, a constitutional law professor at the University of Warsaw, told Reuters the lockdown had several characteristics of a "state of emergency," without one officially being declared. According to the constitution, such a declaration would automatically lead to the postponement of elections to at least 90 days after it had been recalled. Jaroslaw Kaczynski, Poland's de facto leader, said conditions did not call for the state of emergency to be imposed.

The main opposition candidate Malgorzata Kidawa-Blonska has called on the public to boycott the vote and suspended her campaign. The upper chamber, controlled by her Civic Platform (PO) party, is expected to slow the process, but the government can override objections and the changes could become law a few days before the election.

The decision has also raised concern in the EU. The bloc's Values and Transparency Commissioner Vera Jourova told Polish daily Rzeczpospolita that recommendations from the Council of Europe were for countries not to carry out "fundamental changes" to electoral rules in the year leading up to elections. 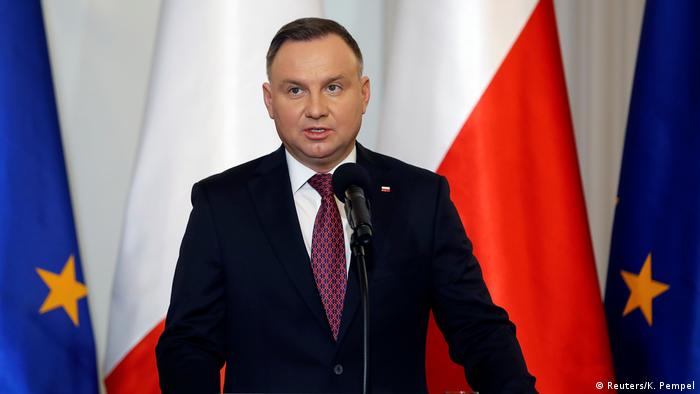 It's the economy, again, stupid!

The problem is that investor sentiment seems less concerned with domestic Polish political games and EU censure than rates of return on their investments. Markets, for example, barely batted an eyelid after the European Court of Justice (ECJ) on Wednesday ordered Warsaw to suspend a disciplinary chamber, the latest in an ongoing spat between the European Commission and Poland's government.

Ratings agency Fitch expects Poland's growth to slow to 1.8% in 2020 from a previous forecast of 3.3% and 4.1% growth in 2019. Analysts at Raiffeisen Bank International predict the economy will contract by 2% this year, while a central bank (NBP) survey showed an expected GDP drop of 2.6% this year.

The proof of the pudding…

On April 8,the government said it would pump another 100 billion zlotys (€22 billion,  $24 billion), 4.5% of GDP, into the economy to save jobs during the lockdown. Prime Minister Mateusz Morawiecki said businesses would not have to repay between 60% and 75% of the aid. The new "financial shield" was designed to complement March's "anti-crisis shield" worth €47 billion, which was widely criticized by business groups.

Even before the start of the COVID-19 crisis, IMF forecasts showed the budget deficit rising to 2.5% of GDP this year after social spending by PiS ahead of October 2019's parliamentary elections.

On the monetary side, the central bank surprised investors by cutting interest rates by 50 basis points this week with the main rate at 0.5% and ramped up its Quantitative Easing (QE) program.

The financial package, which was widely criticized as inadequate, raised fears that the banking sector would be asked to bear the brunt of the crisis through debt forgiveness and rescheduling in return for the reduction in capital requirements.

Sector-wide return on equity has declined over the last five years to 8.2% in 2019. All banks in Poland are also facing a squeeze on margins after the central bank cut its benchmark interest rate by 50 basis points to a record low of 1% on March 17.

Polish banks have already offered to freeze loan payments for all customers for three to six months, as well as rolling over loans to businesses for up to six months on unchanged terms.

But both market leader PKO BP and No.3, Pekao, are state-controlled and some question whether — or perhaps to what extent — they will take commercially driven decisions or whether they will have to prioritize supporting the government's position.