Some analysts predict Poland's GDP growth will slow to 2% in 2020 from 4% last year. Others predict a worse scenario if things take a wrong turn, despite the measures taken by the government in Warsaw. 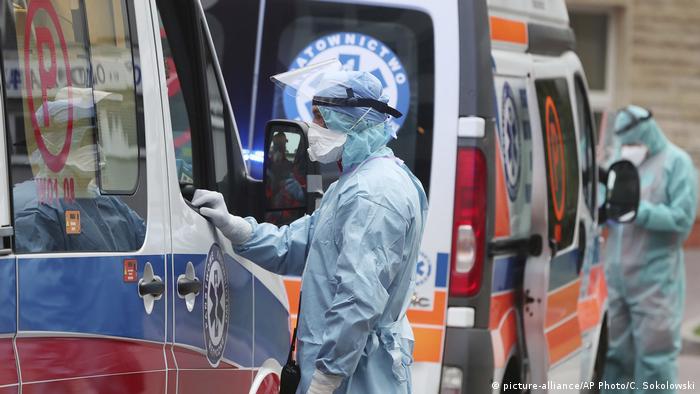 Known knowns, known unknowns and unknown unknowns. It is in the latter third of this Rumsfeldian conundrum that we find ourselves as the unknown depth of the economic impact of the coronavirus pushes economists' predictions to the limit of their usefulness.

But try we may and try perhaps we must. Since the first coronavirus case was confirmed in Poland in early March, Polish Prime Minister Mateusz Morawiecki, has moved fast to limit the spread of the epidemic and talks in uncompromising terms of the economic impact. "Whatever it takes," he says.

Poland has over 1,000 confirmed coronavirus cases and has had 14 deaths, the Health Ministry reported shortly after the government extended border closures until April 13. Morawiecki and Health Minister Lukasz Szumowski recently announced tighter restrictions to limit the spread of the virus and anyone caught breaking them may be fined 5,000 zlotys (€1,150, $1,350).

But it is on the economic front that this battle will also be fought in the coming weeks and months.

The government plans to spend 212 billion zlotys to help the economy, President Andrzej Duda and Morawiecki said in a joint statement on March 18. Minister of Development Jadwiga Emilewicz then prepared a package of support options for companies from those sectors expected to suffer the greatest losses. The package is equivalent to 9.2% of Poland's GDP.

The government pledged to cover up to 40% of employees' wages in companies affected by the crisis, with employers covering 40% as well, a cost of a 20% wage cut for workers. Companies that suffer a 25% reduction in turnover in 30 days because of the outbreak qualify for the support. The government also promised payouts of 80% of minimum wages to the self-employed, although without offering details.

Businesses will also be entitled to suspension of social security payments, preferential loans, credit guarantees by the state-run BGK bank, and the government taking over lease payments of transport companies — one of the most heavily hit by the crisis.

Duda and Morawiecki said there was no danger for the payment of social benefits, and up to 30 billion zlotys were pledged for public investments. They also promised an extra 7.5 billion zlotys for health care.

Marcin Czyczerski, president of CCC, called the project illusory. "Assuming funding for one employee to the tune of about 2,000 zlotys a month, in a large enterprise the limit will be enough for funding for about 400 employees and only for one month — assuming, of course, that the employer has a limit. The remaining hundreds of jobs will remain underfunded," he added.

"At the moment it's really too early to decide who really needs help," argues Aleksander Laszek, chief economist at the Warsaw-based Forum for Citizens' Development. "The biggest problem is liquidity, so in my opinion the government should postpone collection of social security contributions, thus cutting employment costs by 40% and discouraging companies from firing people." 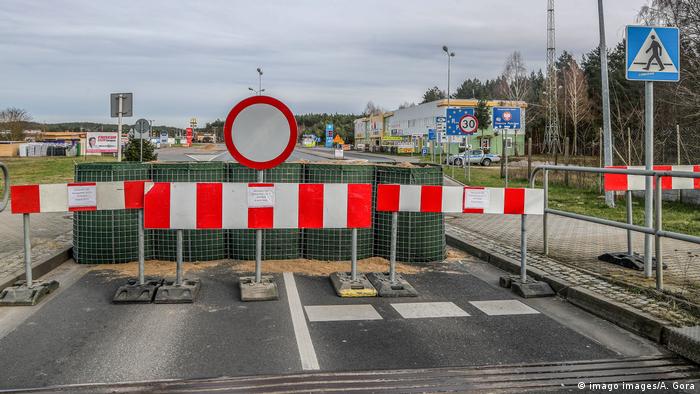 Poland has closed its border with Germany, bringing private cross-border traffic to a halt. But can it stop the virus?

"It is difficult not to get the impression that the government assumes the economic crisis will end after the Easter holidays," said Marek Goliszewski, president of the Business Center Club. "However, for an entrepreneur who is already short of funds to pay contractors, who must reduce salaries, terminate employment contracts, etc. it is difficult to share this optimism," he added.

Goliszewski said this was just the beginning of the recession, which "will not end in Poland in a year."

The employers' association Lewiathan reported that 69% of Polish firms plan to reduce employment. Meanwhile, the sudden, noticeable price increase of many articles means the effects of the coronavirus pandemic are beginning to be felt in household wallets.

The Office of Competition and Consumer Protection (UOKiK) has proposed to introduce price caps. This solution already exists for certain categories of medicinal products, medical devices and foodstuffs for particular nutritional uses.

Business opposes the proposal. "We think it is too far-reaching," said Przemyslaw Ruchlicki, legal and economic expert of the Polish Chamber of Commerce. "In the current situation, there is no justification for such broad competences to interfere in the market."

Inflation has been breaking records monthly since December — by the end of the year it had reached 3.4%, at the beginning already 4.3%, and last month 4.7%.

With around 1,000 people suspected of carrying the virus, many hospitals are already reporting shortages of basics like masks and respirators.

"Health policy reaction is important, but very difficult as we simply do not know much at this stage," Paczynski argues.

"Broadly speaking, one would want to isolate and if needed provide health assistance to those who are ill and can spread the virus further. At the same time one would want all those who are healthy (especially if the are unlikely to get ill) to come back to normal economic activity so as to avoid an economic disaster."

"At the system level we're not well prepared, unfortunately. This should not come as a surprise   Poland has in the past made decisions to focus public spending on other areas and underinvest in health care, Paczynski notes.

Health care reforms have been delayed. This makes the Polish system less well prepared than in many other countries."