Trucks are clogging up highways in Eastern Germany as they wait for border checks that Poland introduced at the weekend as COVID-19 spreads. Some local suppliers find it hard to do their job, as Hardy Graupner reports. 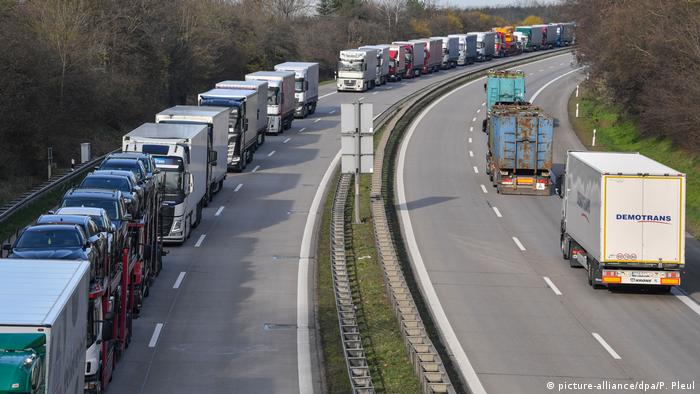 "I haven't seen such a traffic chaos caused by trucks in my whole life," the head of a Nahkauf grocery store in Schwedt tells DW.

Schwedt is an Eastern German town on the border with Poland, located in the state of Brandenburg some 100 kilometers (62 miles) northeast of Berlin.

The grocery store in question is just a few meters away from a thoroughfare where traffic toward Poland has turned into a bumper-to-bumper nightmare for umpteen Polish and other Eastern European truck drivers and Polish commuters in their private cars.

"We're doing our level best to help the poor drivers and at the same time keep a lane open for local transport, but that's quite a challenge," a police officer tells me. He's bracing for another long day of duty as he and his colleagues make sure a vital crossroads in downtown Schwedt does not get clogged completely. 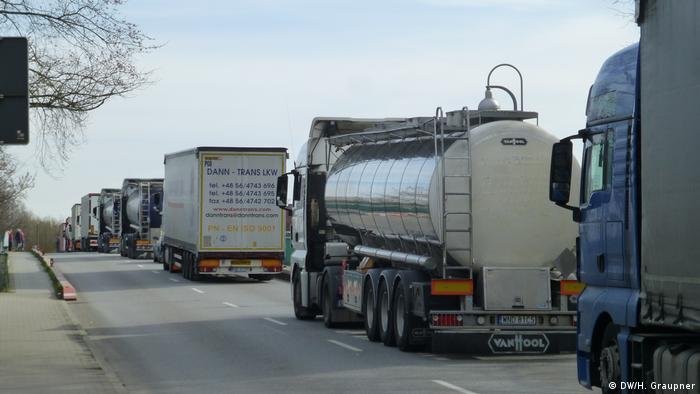 The German town of Schwedt is seeing a seemingly endless line of trucks these days, as drivers wait to pass Polish border checks

Border checks a root cause

The situation got that bad after Poland — in a measure to protect its citizens from the new coronavirus threat — closed its border for German travelers and at the same time introduced thorough border checks for Poles heading home, asking private car owners and truck drivers where they come from, where they're going and what their health status is. This has led to ever increasing lines of trucks at all border-crossing points along the Oder and Neisse rivers.

The state of Brandenburg where Schwedt is located has a 280-kilometer border with Poland.  All the major crossing points there have reported chaotic traffic jams, with trucks in some cases lining up for 50 kilometers and drivers being stuck for a full 20 hours or more before they make it into Poland. 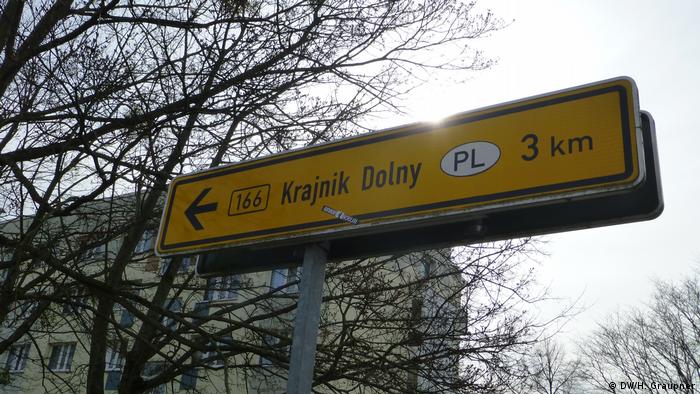 Krajnik Dolny in Poland may be only 3 kilometers away, but getting there from Schwedt currently takes Polish truck drivers several hours

Guido Noack from the Chamber of Commerce and Industry in Eastern Brandenburg (IHK) tells DW that this concern is real. "The clogged transit routes we're talking about are also crucial routes for regional suppliers of goods," he says. "Truck drivers out to deliver their wares to communities in eastern Brandenburg are finding it increasingly hard to get there."

Noack hopes that Polish border controls are sped up a bit, thus reducing the lines of trucks, but so far there's no evidence of that happening.

Brandenburg's authorities are doing what they can to ease the situation. In cooperation with Polish officials, three more crossing points were opened last night, but only for cars, vans and buses to make life easier for commuters working in Germany and living in Poland.

The biggest traffic jams caused by Poland-bound trucks in Brandenburg are still being reported from the crossing points at Frankfurt-on-Oder/Slubice and Guben/Gubin.

The border-crossing point near Schwedt is the only one where trucks cannot use a German highway (Autobahn), but have to use ordinary roads leading right through the town center. This has had an impact on local bus services and partly on regional suppliers, the mayor's office tells DW.

"We've asked the prime minister of the state of Brandenburg to close this crossing point for big trucks [weighing more than 7.5 tons] so as to make room for regional delivery services and suppliers," the office explains. "It's of utmost importance to us to ensure a steady supply of groceries and fuel for the town and make it possible for emergency services to get to places quickly." 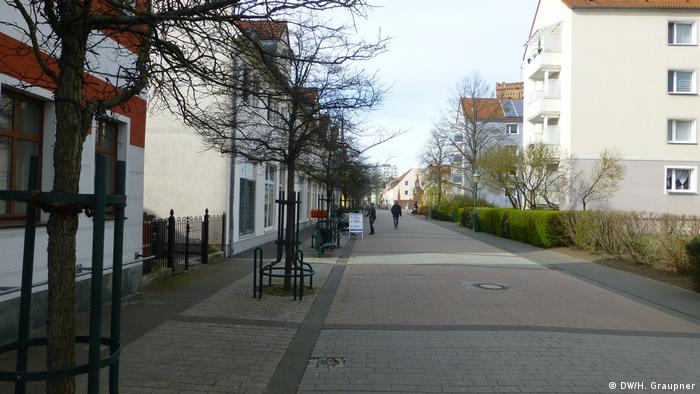 If any place in Germany heeds the rules of social distancing to keep the coronavirus at bay, it must be Schwedt on the German-Polish border. Hardly anyone can be found on the streets, even in broad daylight

Not everyone in Schwedt believes there may be a looming shortage of supplies. At the Nahkauf grocery store, shoppers are relaxed, pointing to well-stacked shelves. "Do you see any shortage of foodstuffs here?" a young woman asks with a twinkle in her eyes. "I don't," she adds.

And the head of the store agrees. "I don't see this happening either," she tells DW. "Our regional suppliers know their way about; they know how to get here using smaller roads and not getting trapped among the trucks headed for Poland."