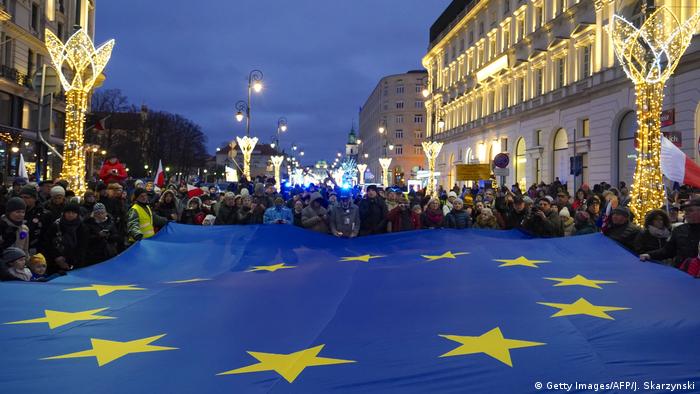 The European Court of Justice (ECJ) on Wednesday ordered Poland to suspend a disciplinary chamber, which critics say would allow the government to investigate and punish judges for their court rulings.

The chamber allows for too much political influence, the ECJ has argued. The body will be suspended until the EU’s top court determines whether it is sufficiently independent under the law.

The ruling is the latest in an ongoing conflict between the European Commission and Poland’s national-conservative government.
In January, the commission asked the ECJ to take immediate action, citing "a risk of irreparable damage for Polish judges."

The judges approved the request on Wednesday, on the grounds that its arguments were "not unfounded" and that the chamber could cause "serious damage to the EU legal order."

The chamber suspension also follows concerns raised by the commission over Poland’s decision to carry out May presidential elections by postal ballot to curb the spread of coronavirus, which critics say may be illegal or unconstitutional.

Prosecutors and judges have been moved to lower courts, had cases taken away and have been otherwise disciplined for questioning the Polish government's controversial judicial reforms, a report has revealed. (29.02.2020)