Germany and a handful of countries have been praised for their handling of the pandemic. Their impressive responses could grab the attention of investors looking to make "pandemic-proof" investments in the future. 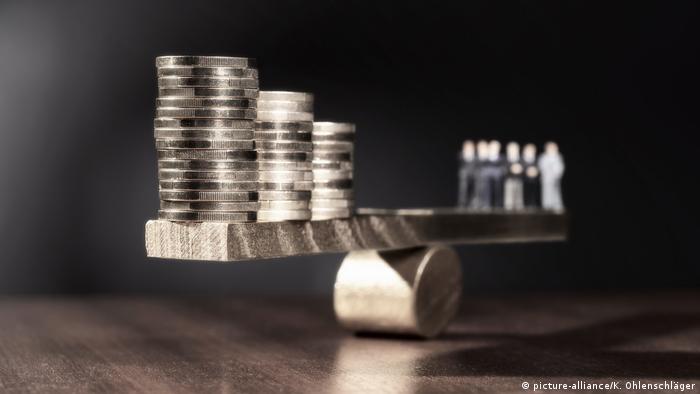 Germany has been making international headlines for the way it has dealt with the COVID-19 outbreak, managing to keep the death toll relatively low even as the pandemic wreaks havoc in other advanced European economies.

The country has been praised for its timely response, broad testing and high hospital capacity, much like South Korea and Taiwan in Asia.

Germany's efforts are unlikely to go unnoticed by battered global investors as they seek to make their investments as pandemic-proof as possible in the future.

As they gradually rise from the ashes, investors are likely to attach greater emphasis on a country's health care system and its government's ability to react quickly to a potential second wave of the pandemic or any other future crisis while making investment decisions.

"This pandemic is a wake-up call for the whole world, for governments and for investors alike," Hans Joachim Georg Karl from the United Nations Conference on Trade and Development (UNCTAD) told DW.

"Some countries like [South] Korea and Germany, which already had contingency planning and where the bureaucracy was able to very quickly implement and deliver containment measures could give some reassurance to investors that even in future crises these countries will be able to act efficiently and quickly."

Investors are also likely to take note of the trust and confidence that efficient handling of the pandemic would instill in the people of these countries, given how a fearful population could delay a return to normal levels of economic activity by staying homebound and keeping away from shops and malls even after restrictions imposed to contain the virus are lifted.

Investors obsessed with reducing costs have traditionally paid scant attention to a country's health care systems or its ability to deal with epidemics, despite having burnt their fingers during previous virus outbreaks like the Severe Acute Respiratory Syndrome in 2003.

According to the World Bank's Global Investment Competitiveness Survey (GIC Survey) in 2017, investors said their investment decisions were most influenced by political stability and security in a country, as well as its legal and regulatory environment. The two were followed by infrastructure, labor talent and skill plus low costs of labor and inputs.

"This is such a jarring global experience that I would expect that pandemic preparedness would be one of the factors to consider in investment decisions," Sara Johnson, Global Economics executive director at IHS Markit, told DW.

"This will certainly be on the minds of anyone who has lived through this experience. It's done far more damage than ever imagined in recent decades." 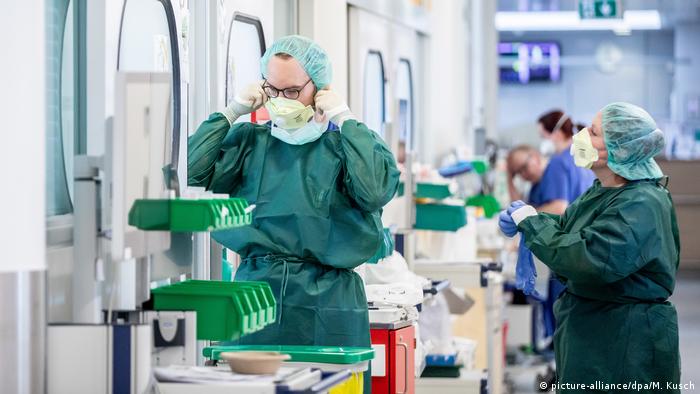 So far, Germany's health care system has proven strong enough to deal with the coronavirus pandemic efficiently. Will foreign investors be impressed?

The first to change would be the health sector itself. The coronavirus pandemic has exposed the overreliance of Western companies and governments on China for vital drugs and medical equipment such as face masks and ventilators, prompting calls to relocate the production of medicines and critical equipment to the US and Europe.

"When companies look for new locations to invest, they would probably look primarily into those countries where there is already a strong health system and where there's a lot of research going on, good universities," Karl said.

The robustness of Germany's health care system could also play a determining role in other sectors, especially when an investor is looking to invest in Western Europe, where countries like France, Spain, and the UK have almost similar regulations, talent pool and wage levels but have been found wanting in combating the current pandemic.

Germany, which is one of the highest spenders on health care, has twice as many intensive care units per capita as France and almost four times as many as Spain, according to the Organization for Economic Cooperation and Development (OECD).

Wan-Hsin Liu (劉宛鑫), a senior researcher at Germany's Kiel Institute for the World Economy, however, cautions against overemphasizing the importance of health care systems in a world where global supply chains are deeply interlinked.

Which means, even if companies relocate some of their operations to countries like Germany or South Korea, they would hardly be able to continue production if they depend on parts sourced from an affected country.

Investments in heath sector to rise

The pandemic, which has claimed more than 260,000 lives globally, has also taken a massive toll on the global economy, with the International Monetary Fund forecasting the global economy to witness the worst contraction since the Great Depression in the 1930s as quarantines and lockdowns cripple output.

"What the current pandemic has probably made very clear is that health care has a very significant impact on the real economy," Milena Izmirlieva, head of the Life Sciences research team at IHS Markit, told DW.

Health care spending is expected to go up slightly this year as countries deal with the virus, but governments may find it difficult to sustain the extra spending in the next two years as the economic impacts of the pandemic weigh on their revenues.

"I think this pandemic at the very least will make sure that health care stays at the top of a government's list of priorities, but also, very importantly, the population's list of priorities and probably quite high on the media's agenda as well," Izmirlieva said.

"That would ensure that if there is a government which wants to cut health care spending significantly in 2021, 2022, there may be more public pushback because people are much more aware of what it means if health care is underfunded."

Germany, however, may have to wait for any potential bounty from investors impressed by its efforts to keep the outbreak under control.

Coming out of the current crisis, governments and companies will be in a precarious financial position with massive debt burdens, which will severely limit their capacity to invest. The UNCTAD expects global foreign direct investments to fall 30-40% this year.

"It's a very difficult environment for any type of foreign investment. We're in a period of greatly reduced global economic output so past investments are more than adequate to produce what companies need. They will be scaling back on investments in the near term," said IHS Markit's Sara Johnson.