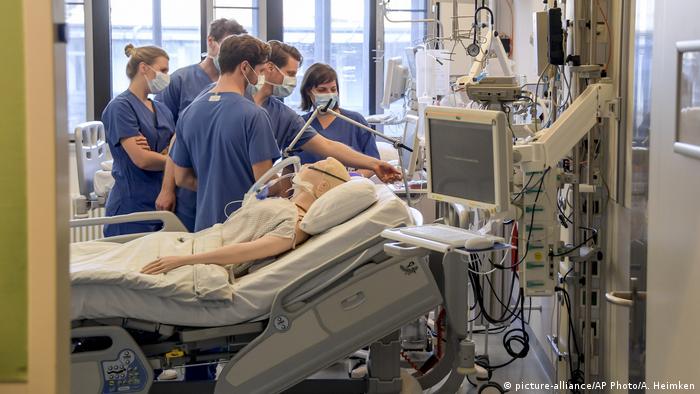 No region in Germany was hit sooner or harder by the coronavirus than Heinsberg in the state of North Rhine-Westphalia, leading many newspapers to label it the German Wuhan.

Heinsberg City Hospital's senior physician and intensive care specialist Aiko Liedmann and his team have been working tirelessly to stem the tide of the virus since late February. Liedmann tells DW that no one is getting paid overtime: "But I have a highly motivated team. That is the one thing that makes these tough times enjoyable."

Liedmann and his colleagues consider themselves fortunate because they have all the equipment they need for now. "A few weeks ago we had no idea if we would have enough protective gear to get us through the day."

He says that changed when city council member Stephan Pusch of Angela Merkel's Christian Democratic Union (CDU) got involved and personally tracked down fresh supplies — from the German army and from Chinese producers. 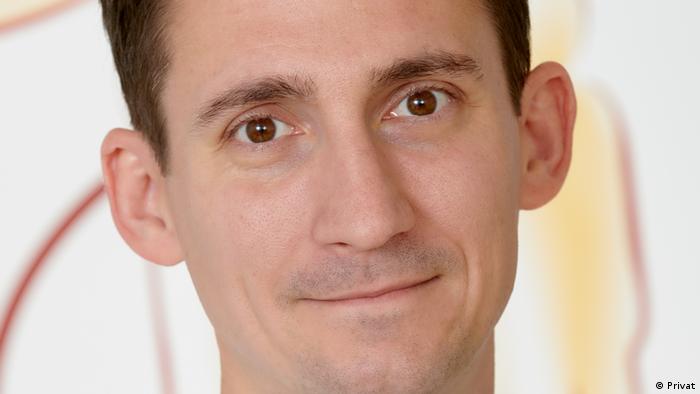 At the moment, Liedmann and his colleagues are treating between 20 and 30 patients infected with the coronavirus, a number far lower than in the recent past. In speaking of the volume of patients that have been treated, he solemnly adds: "Unfortunately, we couldn't save all of them."

From hot spot to laboratory

No one knows how the new COVID-19 coronavirus made its way to Heinsberg and how it spread once it arrived. That is something scientists now hope to find out. As the district experienced the outbreak roughly three weeks before anyplace else in the country, researchers are now turning it into a coronavirus laboratory. This Monday, Bonn-based virologist Hendrik Streeck and a team of roughly 40 researchers began work on the project.

Read more: Coronavirus, cold, or flu — Should I see a doctor?

"It's a good idea," says Liedmann. "We doctors are thankful for any information that might help us, so the project makes a lot of sense." He also says it is too early to begin loosening social restrictions but adds that he thinks Austria's new face mask mandate for shopping is an overreaction. Still, Liedmann says he is worried the virus will continue to spread. He says he is less worried about his own safety than that of his two small children.

"The pandemic is creating a massive amount of stress," and continually working its way into the focus of normal therapy sessions, says Berlin-based psychotherapist Bettina Pessel. She says she sees it every day: " The coronavirus is an uncontrollable plague. And no one knows how it will evolve, if oneself, or one's loved ones might be infected at some point." She says the pandemic is "stressing the herd" and pushing people to their limits: "We are social beings by nature," but personal proximity is currently forbidden. She says text messages and WhatsApp can do little to alleviate the problem. 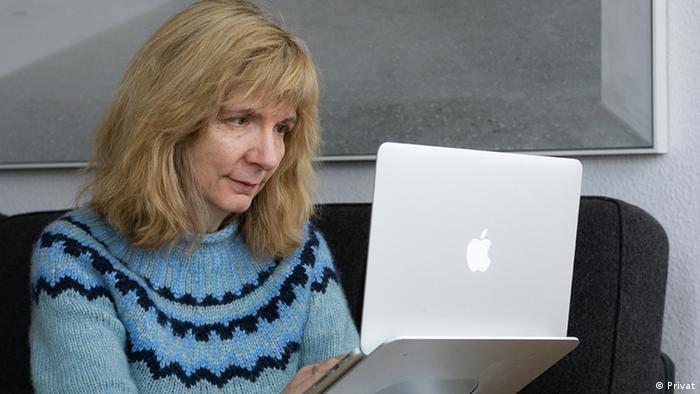 Pessel says she has observed two basic behavioral patterns when it comes to dealing with the current crisis: "There is one group that is trying to come to grips with these new restrictions, and another that was already scared early on and is now doing very poorly." She says those in the second group are convinced that they, their families or their friends are going to get sick. And of course, there are those who are justifiably scared of what the future may hold for them — will they keep their job? Can they afford to pay their rent and other bills?

A spike in domestic violence?

According to a recent poll by the Allensbach Institute (IfD), Germans are more pessimistic and stressed than at any time since 1949. Does that mean suicide rates will go up? Pessel says she can't say, but she is certain about something else: "Domestic violence and child abuse will go up." Statistics from Wuhan very clearly illustrate that fact, and Pessel is convinced that things will be no different in Germany.

The crisis has forced Pessel to rearrange furniture in her Berlin office, ensuring a safe distance between patient and doctor. But she says most of her patients are choosing to use the video counseling service she began offering at the beginning of the year instead. She adds: "Those who are climbing the walls at home still come in though."

Shortage of rural doctors, even before

Brigitte Szaszi is pretty much on her own in her countryside practice: "There used to be three of us." She says there is a shortage of medical personnel in rural areas, but also elsewhere — and that this is all too apparent now. "Politicians are trying hard to get a handle on the current situation, but the healthcare system needed help long ago," she says. 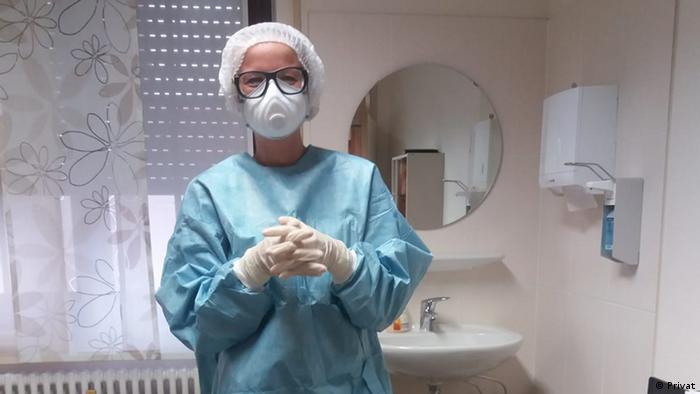 Szaszi is also one of the lucky ones when it comes to protective equipment as she still had some leftover stock from the days of the swine flu. She says she sensed the coming danger a few weeks ago and ordered more masks and protective overalls: "If things keep up at this rate, I should have enough to last about two weeks." A number of doctors' offices in the region have already been forced to close because they did not have enough equipment to continue caring for patients.

As is the case in most offices, Szaszi has special hours for those who fear they have contracted the coronavirus. She says, "We do most of the swabs for our tests outside," noting it is safer for everyone. Beyond that, she gives a lot of advice over the phone and assumes she will soon have more house calls with the elderly. Szaszi also says it is a good idea "to isolate those who are especially at risk."

She says she was touched by the fact that so many Germans have been taking to their balconies to applaud doctors and caregivers: "It may sound a bit old fashioned, but I think it's good that people have started thinking about brotherly love."

Emergency doctor Gerald Wellershoff says the most important rule when it comes to patients is: "Keep your distance." He says you cannot just approach them as you could in the past: "These days, I keep at least two or three meters (6.5 to 10 feet) away and try to determine whether the patient in question may have COVID-19." 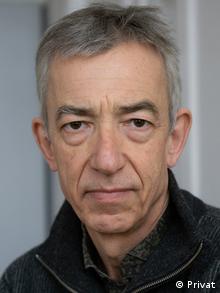 For emergency doctor Gerald Wellershoff, the most important rule for medics is to keep a safe distance

If that happens to be the case, then he has to put on all of his protective gear: Gloves, protective suit, breathing apparatus, head covering and glasses.

Wellershoff says ambulances in Berlin currently have enough such equipment, but protective garments are already in short supply at the city's Klinikum Am Urban hospital. He says so-called high-security masks are being reused by staff rather than being thrown away after one use — as they were designed to be — to "save resources."

Read more: Doctor's death 'a moment of awakening' for China

Now there are also new update briefings prior to each ambulance run, "There we find out about the latest developments regarding COVID-19 and what they mean for us." Wellershoff says most of that information comes from the Robert Koch Institute, which publishes daily news on the latest pandemic developments.

Wellershoff says he expects a "corona tsunami" in the not too distant future, but he's not too worried for himself.

"Personally, I'm not that scared about getting infected," he said, adding that he began asking neighbors who would be willing to walk his dog if he gets stuck in quarantine.

The ethics of treating the sick

Triage - the ethics of Corona

China announced Friday they will probe the death of a 'hero' doctor who died from coronavirus after being reprimanded for identifying early cases. Li Wenliang died in the hospital where he worked in Wuhan. (07.02.2020)

Gourmet chef cooks for heroes in the corona crisis

Restaurants in Germany are closed. But Michelin-starred Max Strohe and his team carry on, preparing meals for doctors and nurses. Food donations determine what's on the menu. (27.03.2020)