Why Russian doctors are fed up with state-run hospitals | Europe | News and current affairs from around the continent | DW | 28.11.2019

Why Russian doctors are fed up with state-run hospitals

Overtime and bad pay are normal for medical staff working in Russia's state-run hospitals, with many working side jobs just to make ends meet. Some frustrated doctors have even decided to give up their medical careers. 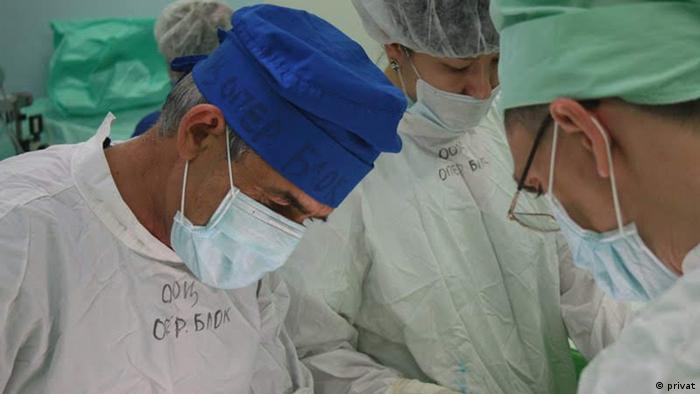 Alexey Potapov, 45, doesn't look back too fondly on his time as a surgeon. He spent 14 years at a number of Russian state-run hospitals, working about 60 hours per week. In the early 2000s, he moved to northern Russia, where doctors' salaries are higher. There he earned 60,000 rubles a month, today the equivalent of €850/$930 — quite a good salary for Russia. But seven years later, he returned to his hometown in the Penza region and was earning only half of his previous salary, despite working the same hours. And even though his wife, also a doctor, worked at the same hospital, the two could barely make ends meet. "We were literally fighting to survive," he remembers.

One day, Potapov decided to enroll in a distance learning program. Alongside his work as a surgeon he studied coding from home, eventually earning his degree in 2014. Today, he works for a big IT company in Moscow, earning three times his previous pay. His wife has also quit her hospital job in search of a more lucrative career.

Days in scrubs, nights in the taxi

They're not alone. Many of Potapov's former colleagues have switched to private clinics, or have begun working for pharmaceutical companies. Those who stayed at state-run hospitals "work as taxi drivers to earn some extra money on the side," says Potapov.

Every year, 10% of Russia's doctors turn their back on the health care sector. The country now faces a shortage of more than 25,000 medical staff, with remote regions often worse off. The Yamalo-Nenets district in Russia's far north has a population of 43,000, for example, yet only one practicing oncologist.

According to the most recent data, Russia invests 3.7% of its gross domestic product in its health sector. Germany, by comparison, invests 11.5% of its GDP, while Belgium and the Netherlands devote 10.5% and 9.9%, respectively.

It's not just veteran doctors heading for the exit; hospital workers fresh out of medical school are also deciding against a career in state-run hospitals. Yelena and Yevgeniy Tumasov (not their real names) graduated from medical school in St. Petersburg two years ago. Yelena had wanted to become a sports physician, and worked as a part-time nurse in a state hospital during her studies. 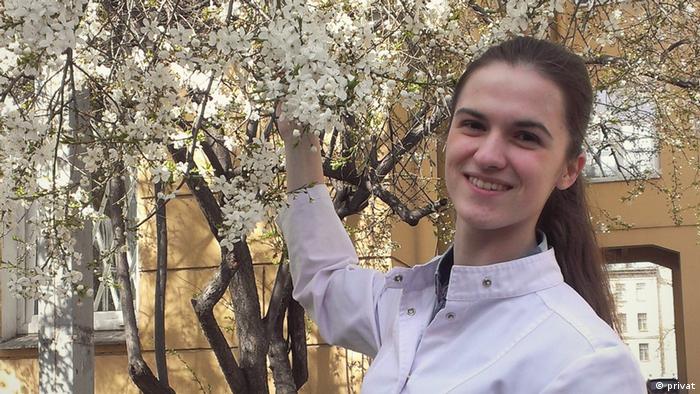 Yelena Tumasov wanted to work as a sports physician, but earns more as a stylist

But she says the working conditions were hard: breaks were rare, and overtime was the norm. "I made more money working as a fitness studio coach," she says. So she opted to switch careers and trained to become a stylist instead. Yevgeniy, her husband, who after medical school became a fully qualified surgeon, also decided to leave the health care sector — after 13 years.

Of late, there have been increasing reports of medical personnel circulating petitions, going on strike or quitting, especially outside the major cities. Last spring, for example, doctors from three regional hospitals in the Novgorod region, northwest of Moscow, went on strike.

Then, in August, all emergency doctors in the Vladimir region followed suit. That same month, all the surgeons walked out of Nizhny Tagil's state-run hospital, more than 1,500 kilometers to the east. "These people have been overworked for years; now they're at a breaking point," says Andrey Konoval of the Deystviye medical union.

Seven years ago, President Vladimir Putin promised to double — or in some regions even triple — the wages of doctors working in state-run hospitals by 2018. But nothing has come of his pledge. According to official statistics, doctors earn on average the equivalent of €1,120 per month. But many medical professionals question this figure, saying it also factors in the high salaries of hospital directors. According to surveys conducted by various medical unions, Russian doctors actually earn the equivalent of €600 per month, even less than courier.

In an effort to somehow meet Putin's wage target, conditions have actually deteriorated in many hospitals. Doctors have simply been fired or moved to a lower pay grade, and nurses have been told to work as cleaners. According to the Deystviye medical union, hospitals have also reduced doctors' working hours on paper, even though they've effectively remained unchanged. Many doctors are now simply forced to work unpaid overtime.

Larisa Popovich, a health care expert at Moscow's Higher School of Economics, says that in spite of these grim reports, some ambitious regional governors have actually managed to ensure that medical staff are adequately paid and enjoy better working conditions. But she says Russia lacks a long-term strategy for improving its health care sector, comparing the ministry in charge to "a fire brigade, solving problems on the local level instead of developing a systematic approach."

Despite all these problems, many young Russians are still eager to study medicine; each year, 35,000 students graduate from medical school. Most end up look for jobs in private hospitals or with pharmaceutical companies — or simply move abroad.

The decrease has been linked to a raft of alcohol control measures introduced by President Vladimir Putin and the promotion of healthier lifestyles. An increase in life expectancy has been attributed to the trend. (01.10.2019)

Opinion: Russia is no place for young people

It's almost impossible to find a decent salary and comfortable living conditions in Russia. For many young people, the only options are to build a life in Moscow or leave the country, says Anastasia Arinushkina. (20.04.2019)

When Russia annexed Crimea in 2014, Vladimir Putin's approval ratings shot up. Five years later, this euphoria has given way to disillusionment and presented society with a real dilemma. (16.03.2019)