Why has French President Macron taken the lead in NATO-bashing? | World | Breaking news and perspectives from around the globe | DW | 09.11.2019

Emmanuel Macron's allegation the alliance is brain-dead has raised more questions about the French leader's own state of mind than about NATO. DW's Teri Schultz looks at the aftermath of the Macron blast. 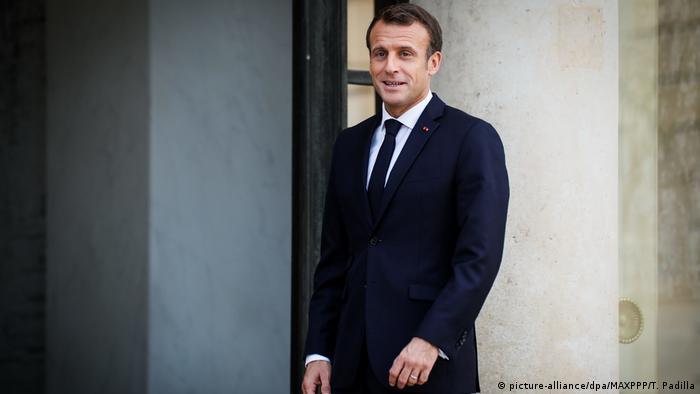 Mike Pompeo was the model of self-restraint. In Germany for commemorations on the fall of the Berlin Wall, the American secretary of state was asked whether he believes NATO is experiencing "brain death" due to a lack of US commitment, as French President Emmanuel Macron said Thursday in an explosive interview with The Economist.

Pompeo milked the moment for comedy, waiting a couple of beats. "So many good answers," he chuckled. Then, "so many cameras," he added, sparking laughter and scattered applause in the audience.

Donald Trump's top diplomat spoke in a manner more statesmanlike than in some of his previous appearances in Europe, without either addressing the Macron remarks specifically or repeating the "brain death" reference.

"Seventy years on, [NATO] needs to grow and change. It needs to confront the realities of today and the challenges of today," he said. "I don't think those [political] commitments between our countries will ever become obsolete."

However, Pompeo added: "If it doesn't do the things it needs to do to confront the challenges of today in a way that's effective, if nations believe that they can get the security benefit without providing NATO with the resources that it needs, if they don't live up to their commitments, there's a risk that NATO could become ineffective or obsolete." 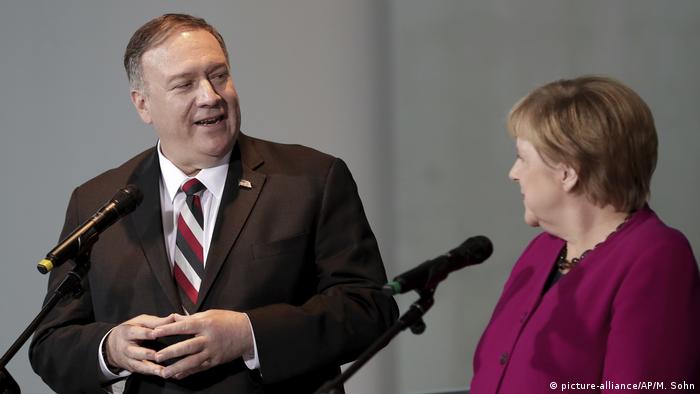 Jonathan Eyal, associate director of the London-based think tank RUSI, says Macron has given a gift to NATO nay-sayers by declaring the alliance shows no vital signs. The Kremlin was among the enthusiastic observer's of the French president's view. Russian Foreign Ministry Spokeswoman Maria Zakharova described Macron's assessment as "golden words" that represent a "precise definition of the current state of NATO."

Eyal wonders how long it will take Donald Trump to trumpet Macron's comments as evidence that he's been right all along about the inadequacy of European collective defense.


Eyal notes it's perfectly acceptable and necessary to critique the alliance, but emphasizes there are more productive ways to do it.

"What the French president has done is called into question the fundamentals of the post-war order without actually offering anything substantial even in in return," he said. "He's made even the most pro-European politicians on the continent squirm because they've all argued it is possible to develop a European security framework in parallel with the United States and in conjunction with the Americans. Well, now Macron is paradoxically adopting the Trump position that one talks first and thinks only later."

Justyna Gotkowska, an expert on defense in northern Europe with the Centre for Eastern Studies in Warsaw, has even sharper criticism for what she sees as Macron's low-substance broadside. While noting that the US, for all its bluster, has actually increased its military contributions to Europe, especially in the East, "France has been only moderately involved in deterrence measures on the eastern flank," she told DW. "Its proposals on European defense do not include any measures to strengthen European collective defense and are concentrated on crisis management in the south."


Gotkowska is particularly concerned about Macron's remark that Europe needs to "reconsider our position with Russia," which she sees as overly conciliatory.

"If France is worried about European security, it is doing much to weaken it by wishing to drive [the] US out of Europe, now by openly questioning the value of NATO while forgetting about the underperforming European militaries, and by gravely misjudging Russian policies and intentions," she warned. "The divisions Macron is strengthening by his rhetoric in Europe and towards the US are playing into Russia's hands."

Is NATO on shakey ground?

Niklas Novaky of the Martens Centre, a center-right European think tank, adds that Macron's tolling of the bells for NATO strikes a negative chord in central and eastern European countries. They "feel very justifiably that NATO is the cornerstone for their security and they can't rely credibly on anything autonomously European that Paris might propose," he told DW.

Novaky says it's also worrying for some non-NATO EU countries like Finland that see NATO as a bedrock of stability in the Baltic Sea region. But rather than adding to antipathy about the US, Novaky says, the remarks only reflect negatively on Macron and "raise questions very legitimately among many NATO countries about France's commitment to NATO."

Novaky expressed great puzzlement about the French president's aims and even suggested that Macron's statement may have been an unintentional mistake. "It only complicates his own defense political agenda in the context of the European Union and outside the European Union," Navoky said.

It complicates other agendas too, says Eyal, including the upcoming meeting of the alliance's heads of state and government in London in December. "Up to now the British hosts used to worry about how the American president [would] behave during this meeting in London," he noted. "Now we also have to worry how a European leader will behave."