In a surprising move, the Trump administration designated Jaish al-Adl, a Pakistan-based anti-Iran militant group, as a global terrorist organization. What could be the regional implications of such a move? DW analyzes. 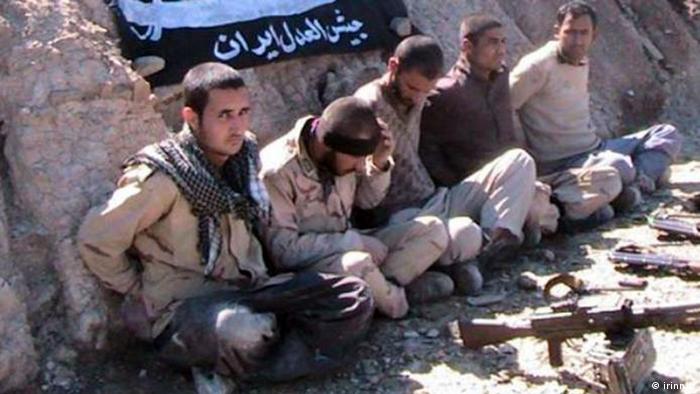 Pakistan-based militant group Jaish al-Adl, or the Army of Justice, has been involved in a number of deadly attacks on Iranian soldiers and installations in the past few years, including the February suicide attack that killed 27 Iranian security forces along the Iran-Pakistan border.

Jaish al-Adl is a Sunni militant group, which is fighting against what it says is discrimination against Sunni Muslims and ethnic Baluch in the Iranian province of Sistan and Baluchestan.

Iran shares a 1,000-kilometer-long border with Pakistan. Ties between the two countries have been tense over Islamabad's alleged support to anti-Shiite militant groups operating from its soil and its closeness to Iran's regional rival Saudi Arabia.

Jaish al-Adl's militant activities have been a bone of contention between the two neighbors for many years. In November last year, Iran's Interior Minister Abdelreza Rahmani-Fazli warned Pakistan that Iranian forces could launch military operations inside Pakistani territory if Islamabad didn't act against the group.

'A signal to Iran'

Experts say it is surprising that the US, which has ratcheted up pressure on Iran over the Islamic country's nuclear program, chose to classify Jaish al-Adl as a terrorist organization, as the group is clearly anti-Shiite and anti-Iran.

It is unclear why US President Donald Trump decided to proscribe the outfit. Nonetheless, security analysts say it is a positive move.

"It is a good sign that the Trump administration is not leaving any impression that it is promoting or tolerating any terrorist group, including those who seek to destabilize Iran," Fatemeh Aman from the Atlantic Council, a US-based international affairs think tank, told DW.

Experts also point out that the decision to declare Jaish al-Adl a terrorist group could be seen as a signal to Tehran from Washington that the US was ready to make concessions to the Iranian regime.

But Aman is of the view that the designation move could have been more effective if supported by other US actions. "Just targeting anti-Iran groups won't be helpful; the US needs to ensure Iran that it is not seeking regime change in the country," the analyst underlined.

The US also declared the Baluchistan Liberation Army (BLA) a terrorist group. The organization is active in Pakistan's western Baluchistan province, and claims to be fighting for the rights of the ethnic Baluch people. Unlike Jaish al-Adl, the BLA has been intensely targeted by the Pakistani military, hence the US decision against the BLA was hailed by Pakistani authorities.

"Jaish al-Adl is clearly a terrorist group, based on its tactics and targets. This is a simple case of the US government giving the group the terrorist designation it deserves. Unlike the case of the BLA, which the US likely designated now because of a desire to ease tensions with Pakistan and China, this can simply be read as a US decision to designate a group that should have gotten the terror label years ago. I don't think there are necessarily any ulterior motives in this case, and we shouldn't necessarily read too much into the timing," Michael Kugelman, a South Asia expert at the Washington-based Woodrow Wilson Center for Scholars, told DW.

Kugelman believes that the US move against Jaish al-Adl could put more pressure on Islamabad to take action against the group. "The designation may aggravate Iran-Pakistan ties at a moment when Islamabad is trying to maintain a neutral position in the sharpening Saudi-Iranian rivalry," the expert said.

A number of Pakistan-based armed groups have been declared terrorist by Washington since the September 11, 2001, attacks, but US officials have complained that Islamabad has not acted against them.

Some reports claim that the banning of Jaish al-Adl probably has more to do with the Afghan peace process than the conflict in the Persian Gulf.

"Jaish al-Adl is a Sunni-Salafist outfit that can potentially provide recruits to 'Islamic State' (IS) in the Iran-Pakistan border region," a Pakistani intelligence official told DW on condition of anonymity. "Since the beginning of the Afghan peace process, there has been an understanding between all stakeholders that IS can pose a common threat to everyone. Thus, the move against Jaish al-Adl is mutually agreed upon," the official added.

The move against Jaish al-Adl and the BLA comes just weeks before Pakistani Prime Minister Imran Khan's visit to Washington, where he would meet President Trump on July 22. Experts say that Pakistan's role in the Afghan conflict and Washington's ongoing negotiations with the Taliban would be high on the agenda, although Islamabad's stance on the conflict with Iran could also be discussed.

Earlier this week, gunmen ambushed a passenger bus in Pakistan's restive Baluchistan province, killing 14 people. It's not the first time Pakistan has blamed Iran-based militants for launching attacks on its soil. (20.04.2019)