On the second day of his first visit to neighboring Iran, Pakistani Prime Minister Imran Khan agreed to the force following a series of attacks on the frontier. It appears to be the first step towards closer ties. 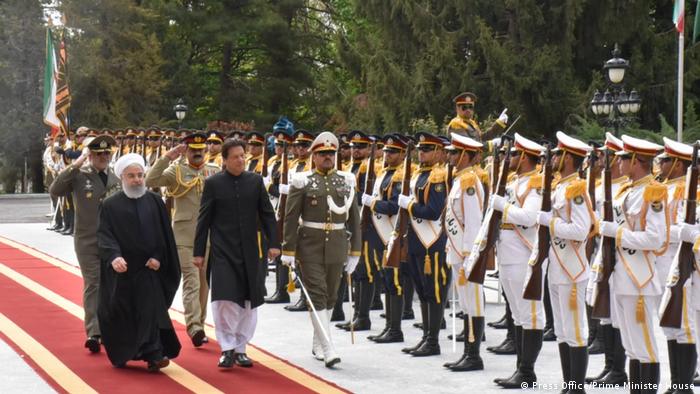 After talks with the Pakistani leader on Monday, Iranian President Hasan Rouhani announced the formation of the joint border force.

"We agreed to increase the security cooperation of the two countries, our border forces, our intelligence forces," Rouhani said during a press conference, which was broadcast live on state TV. "And also to form a joint quick reaction force on the border of the two countries for fighting terrorism."

The announcement follows months of tension between the neighboring countries over attacks on both sides of the frontier.

Khan made a commitment concerning militants using territory near the border as a safe haven: "We trust that both countries will not have terrorist activities from their soil," he said. "We will not allow any damage to your country from our soil."

"The most important reason why I'm here, Mr. President," Khan said, addressing Rouhani, "is because I felt that the issue of terrorism was going to ... increase differences between our countries." 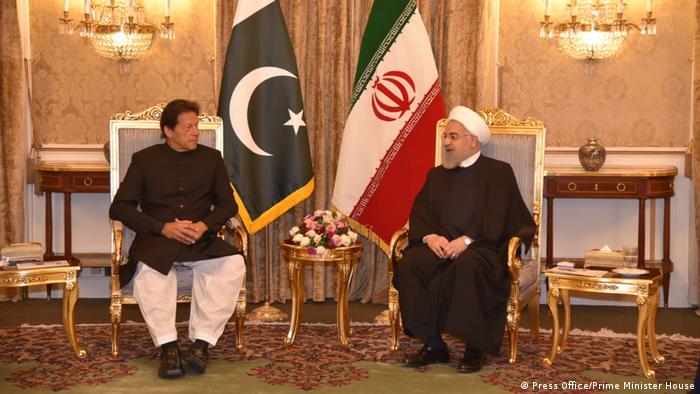 Attacks across the border

On the Iranian side of the border is the southeastern province of Sistan-Baluchistan, where there has been a series of attacks on security forces. In March, Rouhani demanded Pakistan act "decisively against anti-Iranian terrorists." This followed an attack in February, blamed on a Pakistani suicide bomber, which killed 27 members of Iran's elite Revolutionary Guard in Sistan-Baluchistan.

A new group of insurgents claimed responsibility for an attack last Thursday, in which 14 passengers were killed after being kidnapped from buses in Pakistan's province of Baluchistan, which borders Iran. On Saturday, Islamabad claimed to have evidence that those responsible had training camps inside Iranian areas on the border.

"The security chief will sit down with his counterpart here and discuss [security] cooperation," Khan said at the press conference, without giving any more details. 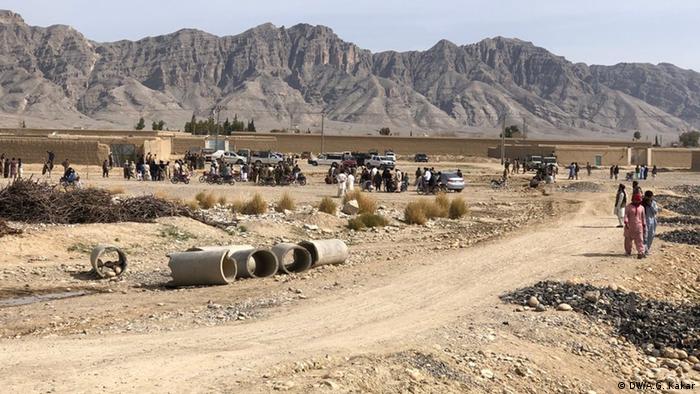 Pakistani military base in Loralei, near the border with Iran

Reflecting an apparent improvement in relations, Rouhani also announced a series of proposals to improve trade, saying that "no third country" could harm Iran-Pakistan ties, in an apparent reference to the United States, a close ally of Pakistan.

As the US steps up its sanctions against Iran, Rouhani said: "In the current situation the region's countries must decide and plan for their interests independently and directly."

Iran was ready to "meet Pakistan's oil and gas demands," Rouhani added, saying that exports of electricity to Pakistan could be increased 10-fold. He also outlined plans for cooperation between Iranian and Pakistani ports and facilitation of railroad construction which could link Istanbul to Islamabad.

For his part, Khan made no commitment to energy purchases from Iran, and gave no details about other economic links.

Together with the US, Pakistan also has close links to Saudi Arabia, which cut diplomatic ties with Tehran in 2016 over its alleged involvement in regional conflicts, including Yemen and Syria.

Dozens of gunmen were involved in the attack in the restive Baluchistan province. A separatist group has claimed responsibility. (18.04.2019)

Less than half of women globally have jobs and the pandemic has made things worse, UN warns 0m ago