China consulate attack: Why Pakistan′s Baloch separatists are against Beijing | Asia | An in-depth look at news from across the continent | DW | 23.11.2018

The attack on a Chinese consulate in Karachi has raised concerns about the security of Chinese nationals in Pakistan. Experts say it also highlights the opposition to China's economic projects in Baluchistan province.

Friday's militant attack on a Chinese consulate in Pakistan's southern Karachi city was claimed by separatists who seek Baluchistan's "independence" from Islamabad. They also vehemently oppose Chinese projects in the western province that borders Iran and Afghanistan.

The attack raises security concerns for Chinese officials and workers in Pakistan.

According to police, three armed gunmen, including suicide bombers, stormed the Chinese consulate building in a posh Karachi area on Friday, but the security forces foiled the attack before they could enter the compound. At least seven people, including the attackers, two police officials, and two civilians were killed in the assault.

Geng Shuang, a spokesman for China's foreign ministry, confirmed that all consulate staff and their families are safe.

Following the attack, Beijing urged the Pakistani government to "take measures to ensure the safety" of Chinese citizens in Pakistan.

Muhammad Arshad, a Karachi resident living near the Chinese consulate in Clifton area, told DW that the gunfire between security forces and militants lasted for about an hour, turning the area into "a war zone."

Terrorist attacks are not uncommon in Pakistan. Islamist insurgents, including those belonging to the Taliban and "Islamic State" (IS) have targeted civilians and military personnel in the past. But Friday's attack did not have an Islamist connection; it was rather claimed by the Baluchistan Liberation Army (BLA), an insurgent group engaged in a violent conflict with Pakistani security forces for the "liberation" of the western Baluchistan province.

Baluchistan remains Pakistan's poorest and least populous province despite a number of development projects Islamabad initiated there in the past. Rebel groups have waged a separatist insurgency in the province for decades, complaining that the central government in Islamabad and the richer Punjab province unfairly exploit their resources. Islamabad reacted to the insurgency by launching a military operation in the province in 2005.

In 2015, China announced an economic project in Pakistan worth $46 billion (about 41 billion euro), of which Baluchistan is an integral part. With the China-Pakistan Economic Corridor (CPEC), Beijing aims to expand its influence in Pakistan and across Central and South Asia in order to counter US and Indian influence. The CPEC would link Pakistan's southern Gwadar port (626 kilometers, 389 miles west of Karachi) in Baluchistan on the Arabian Sea to China's western Xinjiang region. It also includes plans to create road, rail and oil pipeline links to improve connectivity between China and the Middle East.

On Friday, Reuters news agency quoted another BLA spokesman as claiming the same. 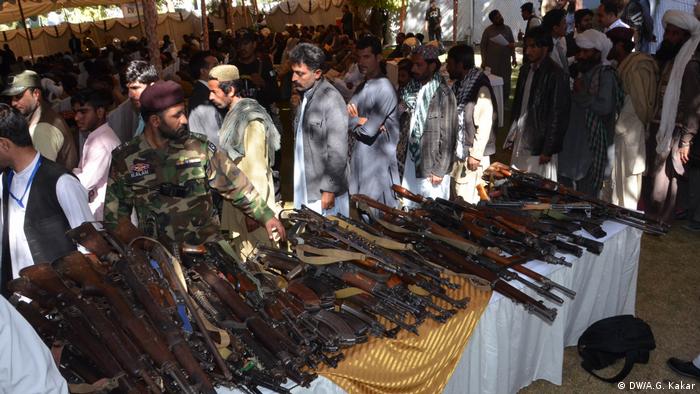 Pakistani authorities say Baloch separatists are an obstacle to development

'An attempt to sabotage ties with China'

Jihand Baloch, the spokesperson for the BLA, told DW over the phone from an undisclosed location that their "fighters" carried out the Friday attack "on Pakistan's security forces and Chinese workers."

Fawad Chaudhary, Pakistan's information minister, said that the militants chose Friday to launch an attack because it was "a visa collection day, and militants wanted to inflict maximum damage."

"This was an attack on both Pakistan and China," the information minister added.

But will the Friday attack harm Chinese-Pakistani relations, and more importantly, the CPEC?

"BLA operations in Karachi are expanding and this attack will raise security concerns for Chinese officials and workers in Pakistan," Zahid Hussain, a security analyst, told DW. "However, the incident will not have an impact on CPEC, as the economic corridor has remained unaffected despite killings of several Chinese workers in Baluchistan in the past," he added.

But Hussain admitted that the attack on the Chinese consulate in Karachi was "the most serious BLA attack, raising the threats of assaults on the Gwadar port in the future."

"It was an unsuccessful attempt to sabotage our relations with China," he told reporters in Karachi.

'Plundering of resources' and military operations

The armed struggle for Baloch "independence" intensified after the killing of Nawab Akbar Bugti, a nationalist leader, in 2006. Rebel Baloch groups like the BLA have repeatedly attacked security forces and state installations in the province since then, although most of the rebel leadership is thought to be based abroad in the UK, Afghanistan and Dubai.

Local rights groups claim they have the details of thousands of Baloch people who have disappeared over the past ten years and have not been seen since. Pakistani security agencies claim these people were arrested on terrorism charges. However, the whereabouts of these people are kept secret from the public; they have not been presented to local courts for a proper trial, Baloch activists claim.

Read more: Wahid Baloch and the plight of 'missing persons' in Pakistan

Political analysts say that Islamabad needs to end the military operation in Baluchistan and find a political situation to deal with the separatism issue in the province. But the issue of who controls Baluchistan's resources remains a bone of contention.

"Our resources are being plundered, and we are being deprived of our livelihood. Many people had to move to remote areas after the government started the construction work on Gwadar port in Baluchistan," Dr. Abdul Aziz, a Gwadar resident, told DW, adding that non-locals were already buying land in the city.

In an 2015 interview with DW, Brahamdagh Bugti, leader of the Baloch Republican Party living in exile in Switzerland, and grandson of slain nationalist leader Nawab Akbar Bugti, said that Chinese economic projects in Baluchistan were aimed at "colonizing" the province, and must be resisted.

"None of the previous development projects in Baluchistan have ever been beneficial to the province or its people," Bugti said. "We have been complaining for decades that Islamabad has never sought the consent of the Baloch people before initiating these projects. It is quite obvious that they are not launched to boost the province's economy or to help people out of poverty. They are started for the benefit of the rulers in Islamabad," he added.

Criticizing CPEC, Bugti said he fears "there will be massive human rights abuses in Baluchistan because of this deal."

But some analysts say that violent attacks can't be justified in the name of "resisting" China and Islamabad.

"The attack will harm the peaceful right's movement of the Baloch people," Baseer Naveed, a Hong Kong-based Pakistani rights activist, wrote on Facebook.

Pakistani authorities have maintained that Baloch separatists are retrogressive and an impediment to the development of their province. Many Pakistanis share this view.

An increasing number of Pakistanis are learning the Chinese language, hoping to land a job in one of the multi-billion-dollar CPEC projects. Some experts see the trend as China's cultural onslaught on Pakistani society. (21.11.2017)