Is new Pakistani PM Khan backtracking on China′s economic corridor? | Asia | An in-depth look at news from across the continent | DW | 18.09.2018

China is reportedly irked by the new Pakistani government's criticism of the multibillion-dollar China-Pakistan Economic Corridor (CPEC) initiative in the South Asian country. But can Islamabad afford to offend Beijing? 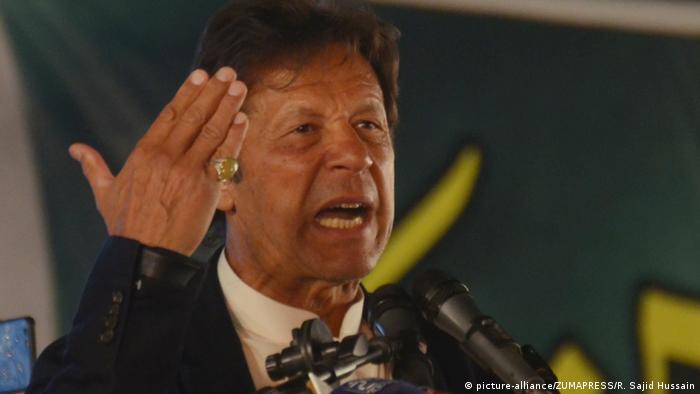 Abdul Razak Dawood, Pakistan's minister for commerce, industry and investment in Prime Minister Imran Khan's government, last week suggested that all CPEC projects could be suspended until a review is completed.

"I think we should put everything on hold for a year, so we can get our act together," Dawood told the Financial Times in an interview. "Perhaps we can stretch CPEC out over another five years or so."

Dawood also criticized the previous government headed by Nawaz Sharif, who is now incarcerated on corruption allegations, for granting China "too favorable" terms on many projects.

"Chinese companies received tax breaks, many breaks and have an undue advantage in Pakistan; this is one of the things we're looking at because it's not fair that Pakistani companies should be disadvantaged," Dawood said.

Later, Dawood "clarified" to a local TV channel that his remarks about CPEC had been taken out of context.

In 2015, China announced CPEC, which is part of its intercontinental One Belt, One Road initiative, with an aim to expand its influence in Pakistan and across Central and South Asia, as well  as countering US and Indian influence in the region. CPEC also includes plans to create road, rail and oil pipeline links to improve connectivity between China and the Middle East.

As Pakistan is grappling with an acute economic crisis, experts say that CPEC has the potential to stimulate much-needed economic activity in the country.

But Khan's new government, which was inaugurated in August, has hinted that it would not give China a free hand over CPEC.

Pakistani media says the army chief's Beijing visit could be aimed at allaying China's concerns over PM Khan's approach toward its economic projects.

"During the visit COAS (Chief of Army Staff) will interact with various Chinese leaders including his counterpart," Major General Asif Ghafoor, the military spokesman, tweeted on Sunday.

General Bajwa is considered as the most powerful person in Pakistan, as analysts say the South Asian country's military controls foreign and security policy matters and also has huge stakes in economy.

It's not just the ruling party that has reservations about CPEC; many other political groups, particularly those with support in smaller provinces of the country, are skeptical about China's growing economic clout. Some analysts say that CPEC could turn Pakistan into China's "economic colony."

"Dawood's statement has infuriated both China and the Pakistani military establishment. Army chief Bajwa's visit to China was not pre-planned and it appears that he decided to visit Beijing to control the damage caused by the minister's interview," Malik added.

But Malik is of the view that China would not dwell on the controversy as its commercial and strategic stakes in Pakistan are too high.

"At the same time Pakistan cannot afford to offend Beijing as it badly needs financial aid. The US has cut Pakistan's aid and China is probably the only reliable partner for the country," Malik underlined. 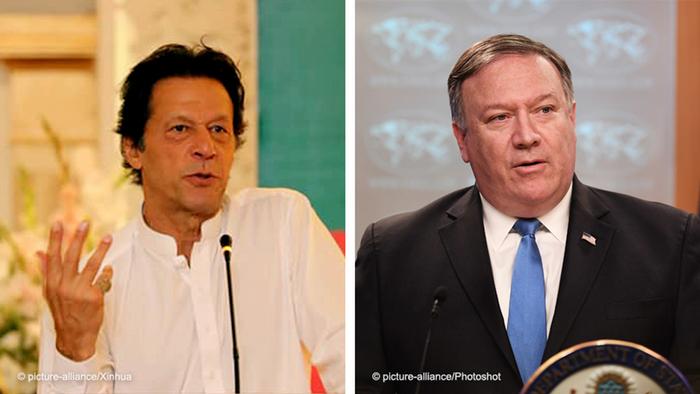 Some analysts also say that the recent controversy about Atif Mian, a world renowned economist who was first appointed by Khan on his economic advisory board and was later sacked due to his Ahmedi faith [Pakistan declared Ahmedis non-Muslims in the 1970s] was a result of Mian's anti-CPEC approach and closeness to the IMF.

"Mian's appointment indicated that the ruling party was also against CPEC. It is likely that he was removed from his post not only because of the pressure exerted by Islamic clerics but also by Chinese authorities," Ahsan Raza, a Lahore-based analyst, told DW.

Mushahid Ullah Khan, a former minster in Sharif's government, says that Dawood would not have said anything against CPEC without PM Khan's approval.

"The government has harmed Pakistan's relations to China. CPEC's future is in danger, but if they try to roll it back or delay it, our party will resist it," former Sharif minister Khan, told DW.

Economic experts also say that the government's decision to seek IMF money, and Washington's approval in this regard, would help determine in the coming days which camp – the US or China – the new government deems more important for its survival.