China says it is prepared to offer help to Pakistan as the country battles spiraling economic problems. There are fears Islamabad won't be able to repay Chinese loans linked to Beijing's Belt and Road Initiative. 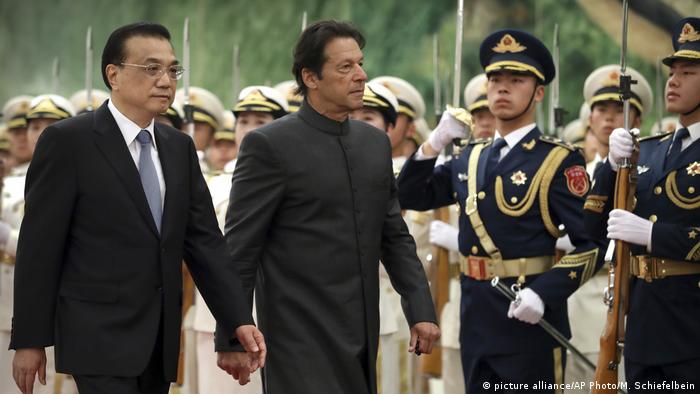 Islamabad is seeking loans from "friendly" countries, including Saudi Arabia and China, as it grapples with a growing financial crisis.

Speaking to reporters in Beijing's Great Hall of the People, Chinese Vice Foreign Minister Kong Xuanyou said his country would help, but added that more talks were needed to iron out the details of any aid agreement.

"During the visit the two sides have made it clear in principle that the Chinese government will provide necessary support and assistance to Pakistan in tiding over the current economic difficulties," Kong said. "As for specific measures to be taken, the relevant authorities of the two sides will have detailed discussions." 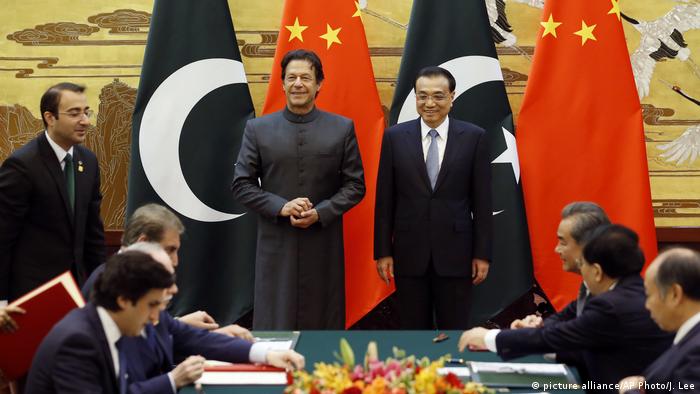 Pakistan has taken out billions of dollars in loans from its close ally China in recent years as part of Beijing's Belt and Road Initiative (BRI) — an ambitious trade and infrastructure program connecting China to Europe, Africa, Southeast Asia and other regions.

At the center of the BRI is the China-Pakistan Economic Corridor (CPEC), which has led to China pledging more than $60 billion (€52,70 billion) to Pakistan in loans and investments for roads, ports, power plants and industrial parks.

Islamabad's fiscal troubles have raised concerns about its ability to pay those loans back and the possibility China could reduce the scope of its infrastructure projects in the country. Vice Foreign Minister Kong told reporters in Beijing there were no plans to make changes to the CPEC, but he did say the focus would shift "in favor of areas relating to people's lives."

Last month, Pakistan received a $6 billion rescue package from Saudi Arabia. The government is also seeking an emergency bailout from the International Monetary Fund (IMF) to avert a balance of payments crisis.

In Saturday's meeting, Khan told Li the planned economic corridor had "caught the imagination of the people of Pakistan."

"We feel that this a great opportunity for our country to progress, to attract investment. It gives us an opportunity to raise our standard of living, growth rate."

Following their talks, the two leaders oversaw the signing of several cooperation agreements and memoranda of understanding in the fields of agriculture, poverty reduction, forestry, law enforcement and socioeconomic development.