Why Argentina needs more help with its huge debt | Business | Economy and finance news from a German perspective | DW | 12.05.2021 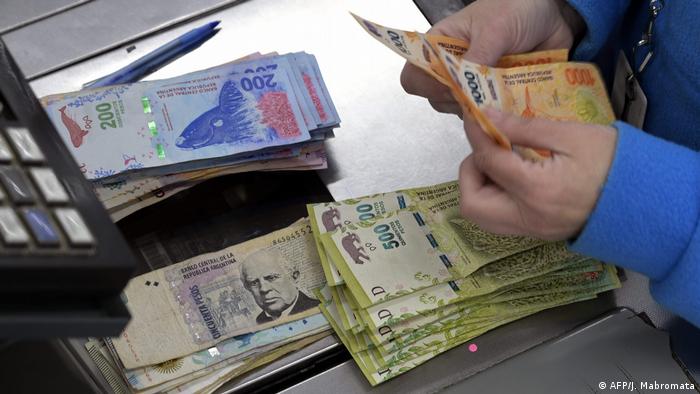 Argentina has been in deep recession from its debt and currency crisis, exacerbated by the COVID-19 pandemic

Argentina's economy plunged by 9.9% last year. Like so many others, it was ravaged by the coronavirus pandemic. The difference is that the South American country was already struggling under a total debt burden of $323 billion (€266 billion).

Last May, three months after COVID struck, Argentina defaulted for the second time in two decades when it failed to pay interest on debt to private creditors. The sovereign default was its ninth since independence from Spain in 1816.

A year later, Argentine President Alberto Fernandez is hoping to renegotiate another debt restructuring deal made in 2018 by a previous government with the International Monetary Fund (IMF).

He flew into Lisbon this week to seek European support. Spain and Portugal have already given their backing and Fernandez is meeting with French President Emmanuel Macron and Italian Prime Minister Mario Draghi on Wednesday.

The president wants to push back payments for four years, when the economy should be in better shape. He also wants the IMF to cut the surcharges that are levied to encourage speedy repayment.

"The idea is not to not pay but rather to obtain an agreement that will allow us to sustain our economic plan of development and growth, and without forgetting the 40% of the population below the poverty line," the president told C5N television channel in March.

The country also needs to repay a $2.8 billion loan with the Paris Club of creditor countries that provide sustainable solutions to debtor countries. The Paris Club has requested that the Buenos Aires government first reach a deal with the IMF before it considers its own debt overhaul. 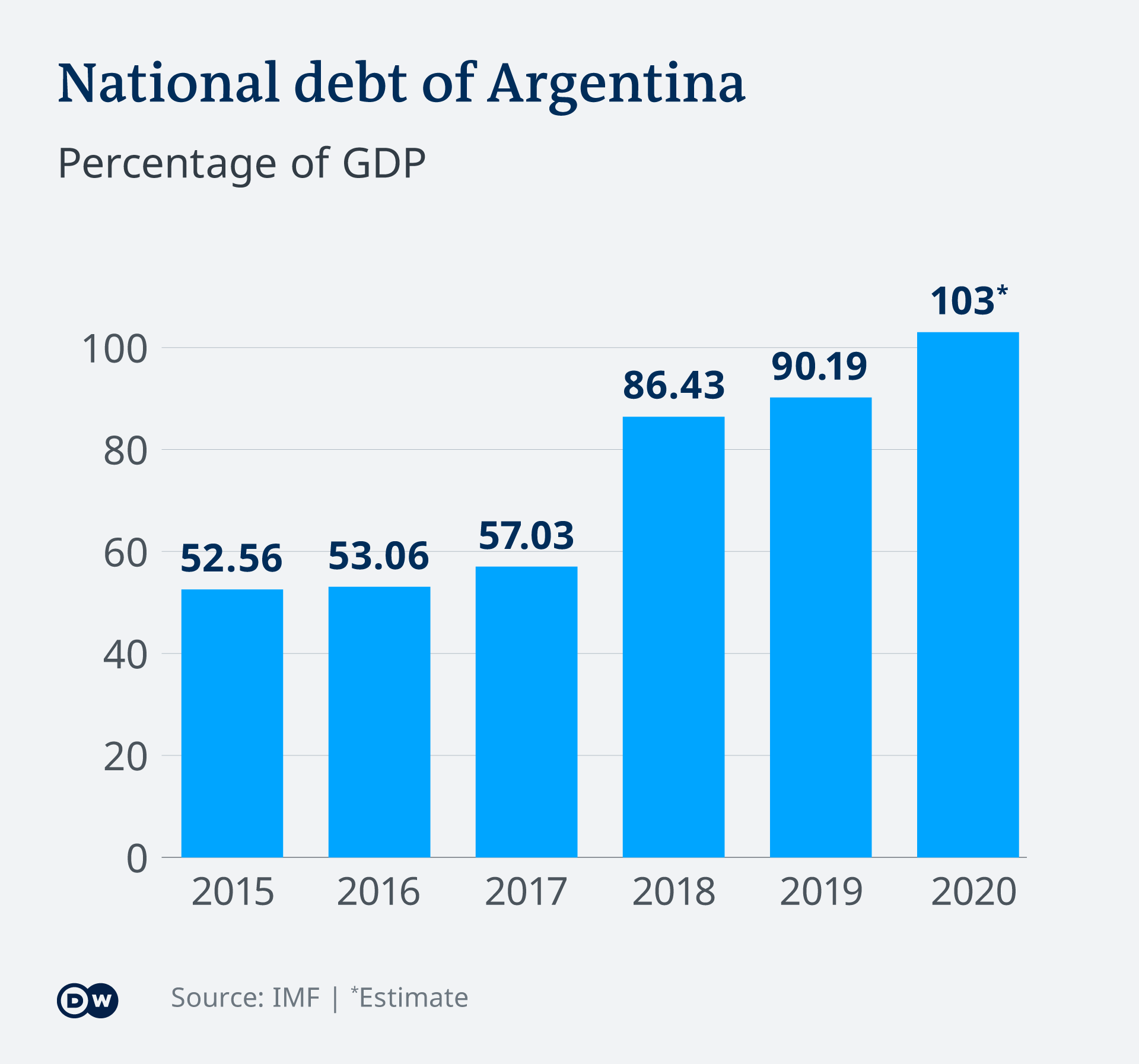 No, in September last year, Latin America's No. 3 economy restructured a further $65 billion of debt with private creditors, not the IMF. The government had been negotiating with a group of large US investment firms, led by BlackRock.

The investors agreed to drop their defaulted bonds for new bonds. These will be paid back at under 55 cents of every dollar of the original value — a significant loss.

The deal was important as it means the country won't be locked out of international credit markets. It also avoids the huge reputational damage that comes with a full, open-ended default.

The government said restructuring would cut interest payments on bonds from 7% to 3% and bring financial relief worth $37.7 billion over the next 10 years.

But while ministers insist the new terms will ensure the debt can be repaid, some analysts think that by 2024, Argentina will have defaulted for the 10th time. 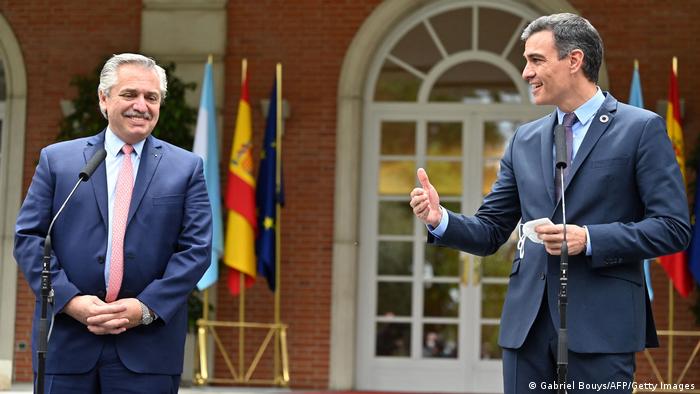 Why can't Argentina pay its debts?

Some of the current problems date back to its 1998-2001 economic crisis, which saw the country default on $100 billion in debt ― the largest ever at the time.

In 2005 and 2010, if offered holders of the defaulted debt new bonds worth 35 cents for each dollar owed. When 7% of its creditors ― mostly hedge funds ― refused, the government defaulted again in 2014 before reaching a settlement two years later.

Economy on its knees

The Argentine economy has been in a deep recession since 2018. According to FocusEconomics, the unemployment rate reached 10.4% last year and inflation is currently estimated at 48%, which continues to erode the value of the peso.

Fernandez promised in the 2019 election to lead the country out of recession and fix the debt and currency crises that have destroyed savings and spending power.

But with the pandemic still raging, more and more state spending — meant to pay off restructured debts — is being set aside to fight the health emergency.

Poverty has increased by more than a third, with more than 10 million of the country's 45 million population needing food assistance, compared to 8 million before the pandemic.

While the government now has access to capital markets again to secure new loans, it is not able to borrow at low interest rates.

Instead, ministers have had to resort to wealth taxes and other levies to bring in much-needed income. For example, Argentines who use their credit card abroad are saddled with a 30% solidarity tax.

Meanwhile, businesses face price controls that they say they can't afford to absorb.

With material from Reuters and AFP