Finance ministers from the US, Germany, Britain, Canada, France, Italy and Japan have thrown their weight behind plans to boost aid to developing nations by hundreds of billions of dollars. 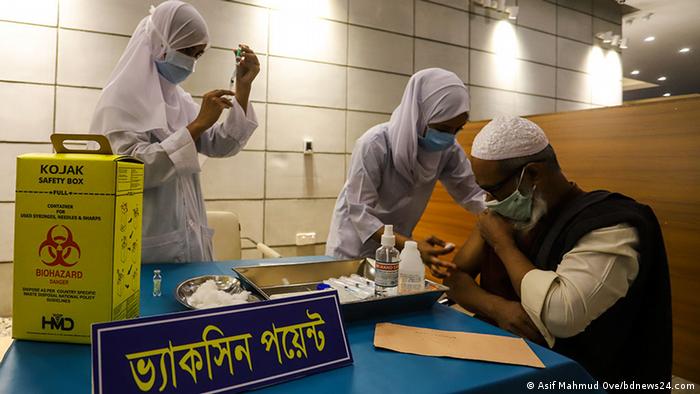 The world's seven largest advanced economies have agreed to support fresh aid to the world's poorest nations hit by the coronavirus pandemic, Britain said on Friday.

The plan involves the first expansion of the International Monetary Fund's (IMF) reserves since 2009, said a statement from the UK Treasury following talks hosted by British finance minister Rishi Sunak.

SDRs, created by the IMF in 1969, play an influential role in global finance and help governments protect their financial reserves against global currency fluctuations.

They are also used as the basis of loans from the IMF's crucial crisis-lending facilities.

Friday's statement, which followed an online G7 finance ministers gathering, predicted that a full agreement could be made at G20 and IMF summits in April.

Sunak, who chaired talks with counterparts from Canada, France, Germany, Italy, Japan and the United States, said the agreement "paves the way for crucial and concerted action to support the world's low-income countries, ensuring that no country is left behind in the global economic recovery from coronavirus."

What could the aid be spent on?

The UK Treasury said extra SDRs would help poorer countries "pay for crucial needs such as vaccines and food imports, and improve the buffers of emerging markets and low-income countries."

The news was welcomed by IMF Managing Director Kristalina Georgieva, who said the talks were "productive."

Last year, the IMF said it wanted the allocation of SDRs to rise to the equivalent of $500 billion (€420 billion) from the $293 billion agreed at the time of the last expansion in 2009, just after the global financial crisis.

That expansion was opposed by then-US President Donald Trump.

Last month, US Treasury Secretary Janet Yellen said she would like an expansion but wanted greater transparency about how the SDRs would be used and traded.

Credit ratings agency Fitch said an increase in SDRs to $500 billion would be equivalent to 0.5% of global annual economic output and represent 3.5% of global financial reserves.

The proposal, however, faces stiff resistance from Republican lawmakers in the US Congress who say the hike in aid would fail to target the countries in most need of the funds but would provide free cash reserves to China, Iran and other countries seen as adversaries by the former Trump administration.

Senior Republican lawmaker French Hill said in a recent letter to Yellen that more SDRs "would deliver unconditional liquidity to some of the most brutal dictatorships in the world."

G7 leaders, including US President Joe Biden, will meet at a seaside retreat in Cornwall, southwest England, on June 11-13, after last year's summit in the US was shelved because of the pandemic.

Britain took on the rotating G7 presidency in January with hopes for greater cooperation from Washington, as Biden restored the United States to the Paris climate accord and the World Health Organization.

Also during Friday's talks, G7 leaders restated their commitment to resolving the "tax challenges of the digital economy," Sunak said, referring to a proposed global tax on digital giants such as Amazon, Facebook and Google, which Biden supports.

Fact-check: Will poor countries miss out on COVID-19 vaccinations?

The internet is rife with claims that affluent countries have enough doses to vaccinate their populations up to three times, but it might not be that simple. DW takes a look at some of the assertions.