The Paris-based OCED has warned that there will be no agreement of a global digital tax this year. The proposal has divided Europe and the US. 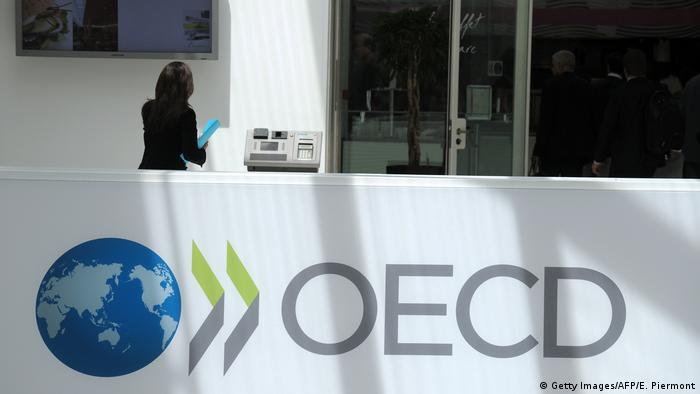 Tech giants will have to wait until next year to find out what a new global digital tax will look like, the OECD said on Monday.

The Paris-based organization is helping to lead negotiations between nearly 140 countries in a bid to finally solve the thorny question of where tax is paid by major digital firms, such as Facebook, and how much.

The official spearheading the talks admitted it would require an additional push from governments to get a deal next year.

"The glass is half full: the package is nearly ready but there is still no political accord," said Pascal Saint-Amans, the OECD's head of tax policy.

The Frenchman predicted there could be an agreement "sometime in 2021."

It had been hoped there would be an accord by the end of this year.

European countries want the tech titans to pay their "fair share" of tax in countries where they operate.

Many EU officials believe they are avoiding paying the right amount. They say levies should be calculated on where the digital activity takes place, and not where firms have their European headquarters.

Read more: US pulls out of talks on big tech tax at last minute

The OECD is the closest thing to a marshal for tax rules and regimes globally.

But any of its proposals need to be agreed by governments before they can become a reality.

Its head Angel Gurria has warned the alternative to sealing a global agreement on digital taxes "would be a trade war."

Slow progress on the international stage has seen some countries opt to go it alone.

The UK brought in its own 'digital services tax' earlier this year, prompting the US to open a trade probe into what it called an "unfair" levy.

The Trump administration has threatened to hit European products with additional tariffs unless they scrap the taxes, arguing they are deliberately targeting US corporations.

Last week Ireland welcomed a court ruling that denied it more than €14 billion of Apple money in back taxes. It has brought its tax regime into sharp focus, but the problem is global as much as anything else.