Who is Iran′s new President-elect Ebrahim Raisi? | World | Breaking news and perspectives from around the globe | DW | 20.06.2021

Ebrahim Raisi won the election by such a clear margin that a second round of voting won't be necessary — and yet, his victory was tainted by historically low voter turnout.

Many observers have said Friday's election was tailor-made for the archconservative judiciary chief: the most promising opponents were prevented from running against him, and competitors with similar views withdrew from the race so they wouldn't jeopardize his success.

But now it's official: in August, Raisi — known for his connections to Iran's religious leaders — will replace the moderate outgoing leader Hassan Rouhani, who was not allowed to run again after serving two terms in office. For Raisi, who lost the presidential race to Rouhani in 2017, this may even be a stepping stone to a higher position.

Ebrahim Raisi was born in 1960 into a strictly religious family in the country's second largest city, Mashhad. For Shiite Muslims, the city is one of the country's most important pilgrimage sites and home to the Imam Reza shrine. The custodian of the shrine is an influential foundation that was headed by Raisi from 2016 to 2019. 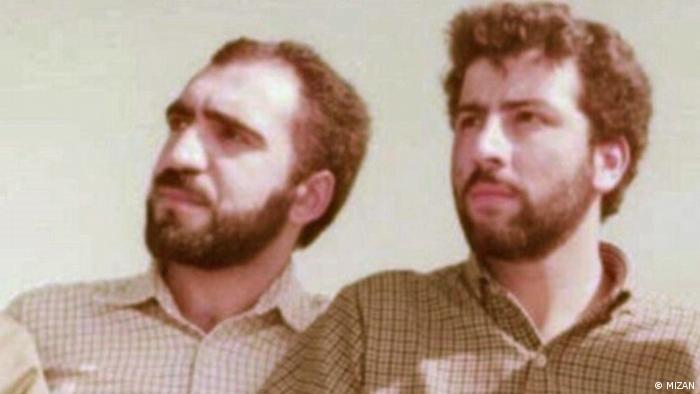 Raisi (right), seen here with his successor as custodian of the Imam Reza shrine, in younger days

Raisi himself underwent extensive theological training and holds the title of hojatoleslam, which literally means "authority on Islam." In Iran's religious hierarchy, the position is second only to ayatollah.

Raisi's career began after the Islamic Revolution in 1979, when he was appointed prosecutor general of Karaj, a suburb of Tehran, at the age of 20. It was the first of many positions he would hold in the judiciary. He later became a judge, and since 2019 he has headed up the country's judiciary.

One episode from Raisi's time as deputy prosecutor in Tehran's Revolutionary Court has stuck with him to this day: according to Amnesty International, Raisi was involved in extrajudicial executions in 1988 as a member of the country's "death commission."

An Amnesty report in 2018 said that at least 5,000 regime opponents were murdered; the real number may actually be higher, since many prisoners who were released were later arrested again and secretly executed. In response, the Trump administration and the European Union sanctioned Raisi back in 2019.

"That Ebrahim Raisi has risen to the presidency instead of being investigated for the crimes against humanity of murder, enforced disappearance and torture is a grim reminder that impunity reigns supreme in Iran," said Amnesty's Secretary-General Agnes Callamard. 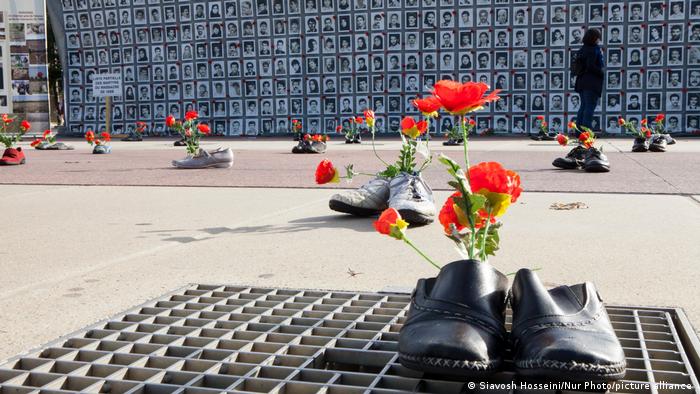 In 2017, supporters of the Iranian resistance remembered the 1988 massacre in front of the UN headquarters in Geneva

Regardless of these sanctions, Western governments have reason to hope that Raisi will likely continue efforts to revive the 2015 nuclear deal initiated by Donald Trump's successor, President Joe Biden. Although Raisi has criticized the agreement, he nevertheless vowed during the election campaign to abide by it — but only if Iran, not the US, sets the conditions.

Iran committed to ending its nuclear program back in 2015 in exchange for the lifting of Western sanctions. But Trump terminated the agreement just three years later, enacting even tougher sanctions against the country. Iran's economic problems worsened dramatically, and in return, Tehran went back to enriching uranium at its highest levels ever, though still short of weapons-grade levels.

Ongoing negotiations in Vienna aimed at reinstating the 2015 deal, launched by the Biden administration, may well be completed before Raisi takes office in August.

When he does enter office, the new president will be overseeing a country in a dismal economic state, with inflation at 40%. Improving the situation is likely to be a decisive factor in the success of his presidency.

During his campaign, Raisi portrayed himself as an anti-corruption politician and problem solver. Casting his vote in Tehran, he said reiterated his promise to bring an end to the suffering of Iran's poor.

Observers expect the president-elect to take an even tougher line against Israel and to clamp down further on the Iran's limited freedom of expression. As head of the judiciary, he was partly responsible for making sure that WhatsApp competitor Signal has been unavailable in Iran for months.

Raisi also enjoys the backing of Iran's supreme leader, Ayatollah Ali Khamenei; during the election campaign, Khamenei described Raisi as a "trustworthy and experienced man." While the president is responsible for the day-to-day business of government, the supreme spiritual leader dictates the country's long-term plans. 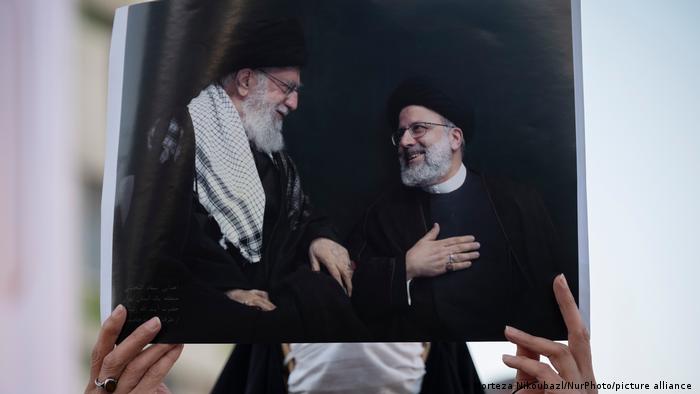 Khamenei, who like Raisi is also a native of Mashhad, has been supreme leader since the death of his predecessor Ruhollah Khomeini in 1989. He served as president from 1981 to 1989, and was elevated from hojatoleslam to ayatollah upon his appointment as supreme leader.

Khamenei turns 82 in July — meaning Raisi now finds himself in prime position to one day possibly follow in his footsteps.