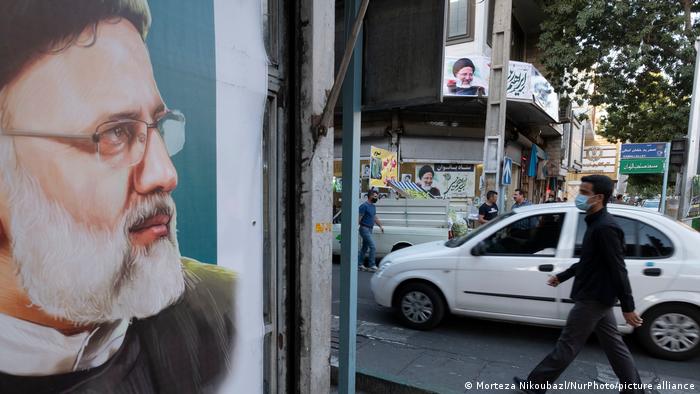 Israeli Prime Minister Naftali Bennett on Sunday said the election of Ebrahim Raisi as Iranian president heralded the birth of a "regime of brutal hangmen" who could not be trusted on the nuclear deal.

Raisi, a 60-year-old arch-conservative cleric, takes over at a critical time, as Iran seeks to salvage its tattered nuclear deal with major world powers.

What did the Israelis say?

"Raisi's election is, I would say, the last chance for the world powers to wake up before returning to the nuclear agreement, and to understand who they are doing business with," said Bennett, convening his first televised cabinet session since taking office last week. "These guys are murderers, mass murderers."

Raisi was included in sanctions levied by the US in 2019 against members of Khamenei's inner circle. The US Treasury cited his involvement in the 1988 death commission, which saw as many as 5,000 people executed at the end of the Iran-Iraq war. He was also involved in a crackdown on protests that followed the disputed 2009 presidential election.

The election became more of a coronation after Raisi's strongest competitors found themselves disqualified from running in Saturday's vote. A panel of clerics and jurists overseen by Supreme Leader Ayatollah Ali Khamenei allowed only four of an original field of 600 candidates to finally take part.

"Of all the people that Khamenei could have chosen, he chose the 'Hangman of Tehran,'" said Bennett, referring to Raisi's role in executing regime opponents during his time as judiciary chief.

"The new president of Iran is a radical who is responsible for the deaths of thousands of Iranians," Lapid tweeted, pointing out that Raisi was known as the "butcher of Tehran."

"His election should awaken a new determination to immediately halt Iran's nuclear program" and put an end to Tehran's destructive regional aspirations, he said.

Raisi received more than 60% of the vote, according to the Interior Ministry, after Friday's election. However, at 48%, turnout was lower than ever recorded.

His election marks a significant change in direction for the government in Iran after eight years under reformer Hassan Rouhani, who was barred from running again having already served two terms.

Rouhani's administration both reached the 2015 nuclear deal with world powers and saw it fall apart three years later amid President Donald Trump's unilateral withdrawal of the US from the accord.

Talks on the deal continued briefly on Sunday in Vienna, with negotiators hoping to bring the US and Iran back to the agreement.

Representatives adjourned the talks a few hours later — saying negotiators would now return to their respective capitals to continue consultations at home.

The European Union's negotiator Enrique Mora, who is chairing the talks, said the parties are nearing a deal but are still "not there."

He said for the next round of talks, he expects "the delegations will come back from the capitals with clearer instructions, clearer ideas on how to finally close the deal."

It was unclear when the next round of talks would take place. European diplomats have urged for quick decisions among those involved in the talks — calling for a quick return to the negotiating table in Vienna.

"We are now closer than ever to an agreement but the distance that exists between us and an agreement remains and bridging it is not an easy job," Iran's representative Abbas Araqchi told state TV from Vienna.

The main sticking points appear to be agreeing a compromise on lifting US sanctions and curbing Iran's nuclear activities.

Israel accuses arch-enemy Iran of continuing to develop nuclear weapons, posing an existential threat to the Jewish state. Khamenei has described Israel as a tumor in the Middle East region, to be removed with a holy war.